Set of lead scale-weights from the structure in Vígishellir
(click on the images to enlarge)
All images are from: Smith, K.P. et al, “Ritual responses to catastrophic volcanism in Viking Age Iceland: Reconsidering Surtshellir Cave through Bayesian analyses of AMS dates, tephrochronology, and texts“, Journal of Archaeological Science 126, 2021

Surtshellir, a 1600-m-long lava cave in the interior of Iceland, contains a unique Viking Age archaeological site located nearly 300 m from its entrance and more than 10 m below the surface of the Hallmundarhraun lava field. Since the 1750s, the site has been interpreted as an outlaw shelter, yet in the 12th-13th centuries it was associated with actions directed towards an elemental being – Surtr – for whom the site was named and who, according to medieval Icelandic accounts of Viking Age mythology, was present at the world’s creation and would destroy it after the battle of Ragnarök. Archaeological fieldwork inside Surtshellir in 2001, 2012, and 2013 produced 20 new AMS dates that, combined with three earlier radiocarbon and tephrochronological dates, provide the basis for Bayesian analyses which suggest (1) that the cave formed in the first major volcanic eruption directly witnessed by northern Europeans since the Late Pleistocene; (2) that this took place shortly after the Norse colonization of Iceland began; (3) that people entered the cave soon afterwards; (4) that for 80–120 years they deposited the fragmented bones of slaughtered domestic animals in piles stretching 120 m through the cave’s “dark zone”, burning others at high temperatures in a dry-stone structure built deep inside a raised side passage; and (5) that these activities ended shortly after Iceland’s conversion to Christianity. Surtshellir provides important new insights into Viking Age ritual practice, Iceland’s settlement and conversion, and the cultural responses of Iceland’s newly arrived settlers to the existential challenges posed by previously unimagined catastrophic volcanism.

Abstract from the above article 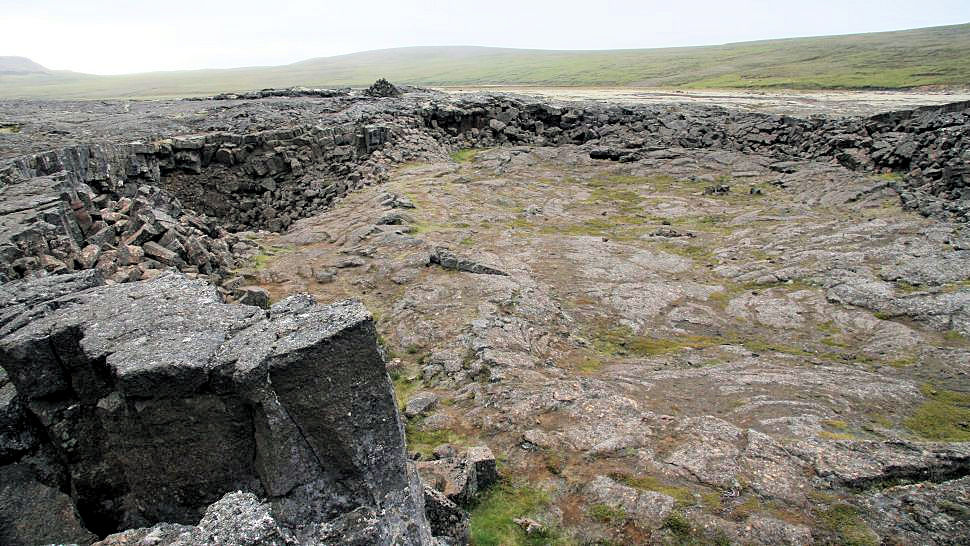 The entrance to the cave
image: K.P.Smith 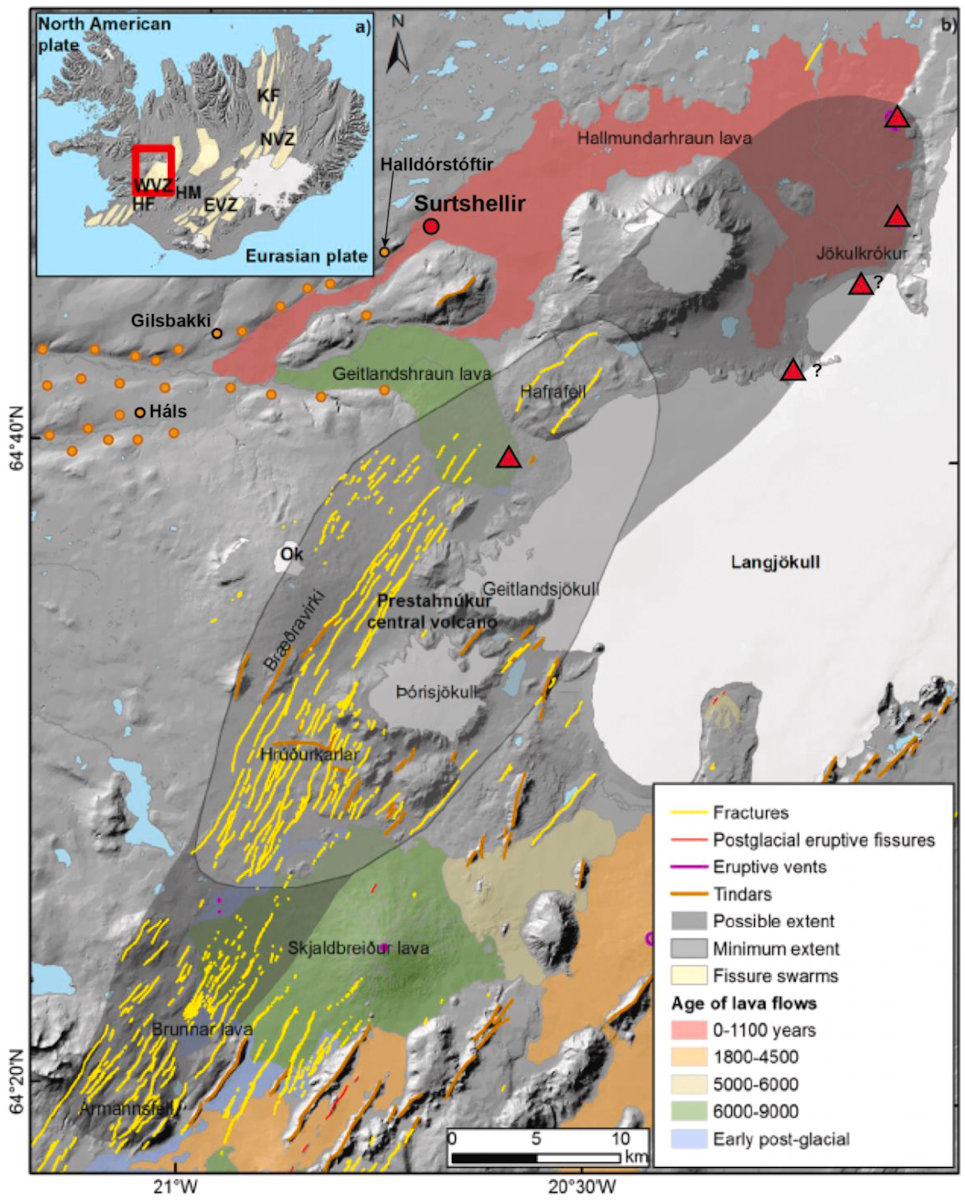 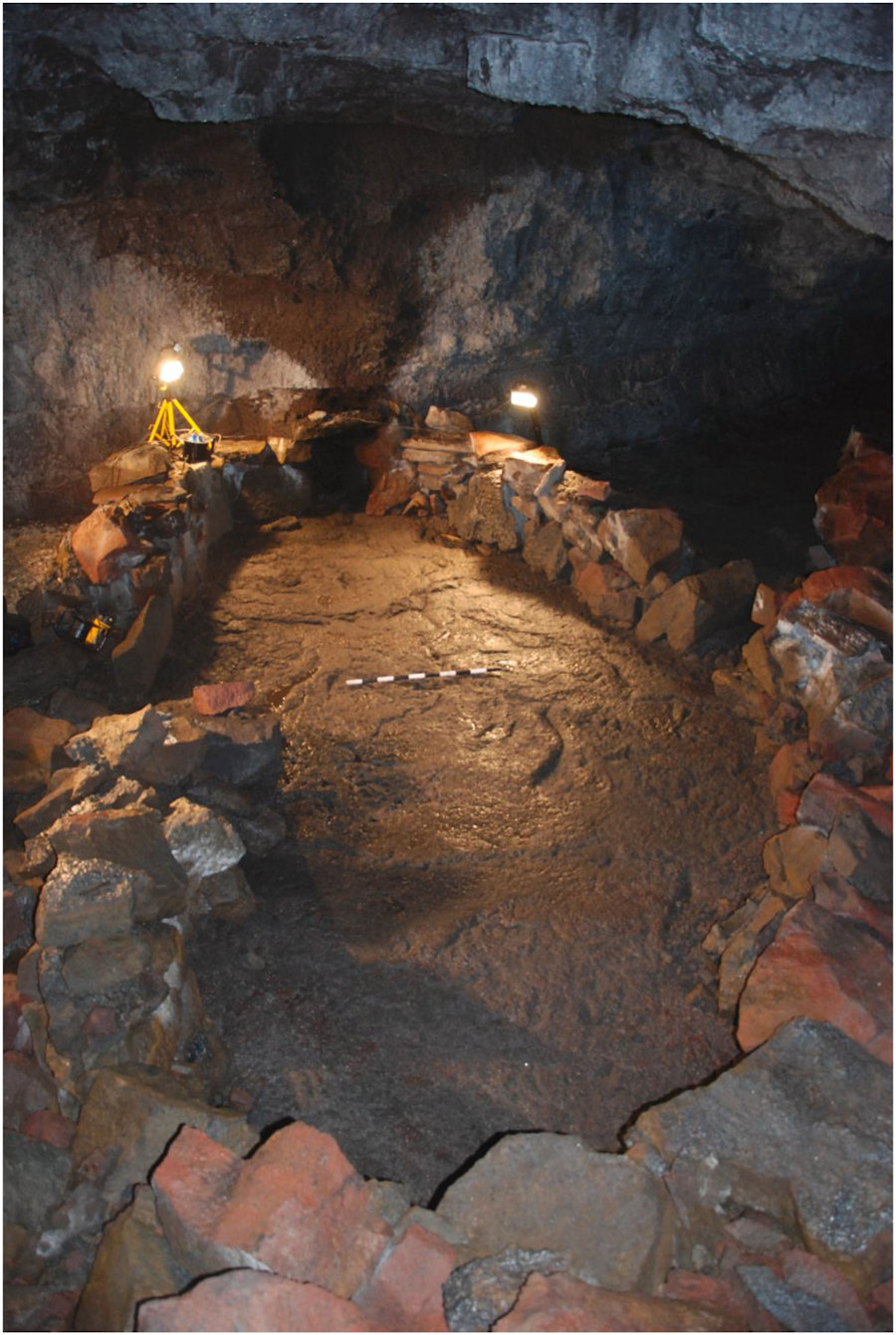 The boat-shaped structure inside Vígishellir 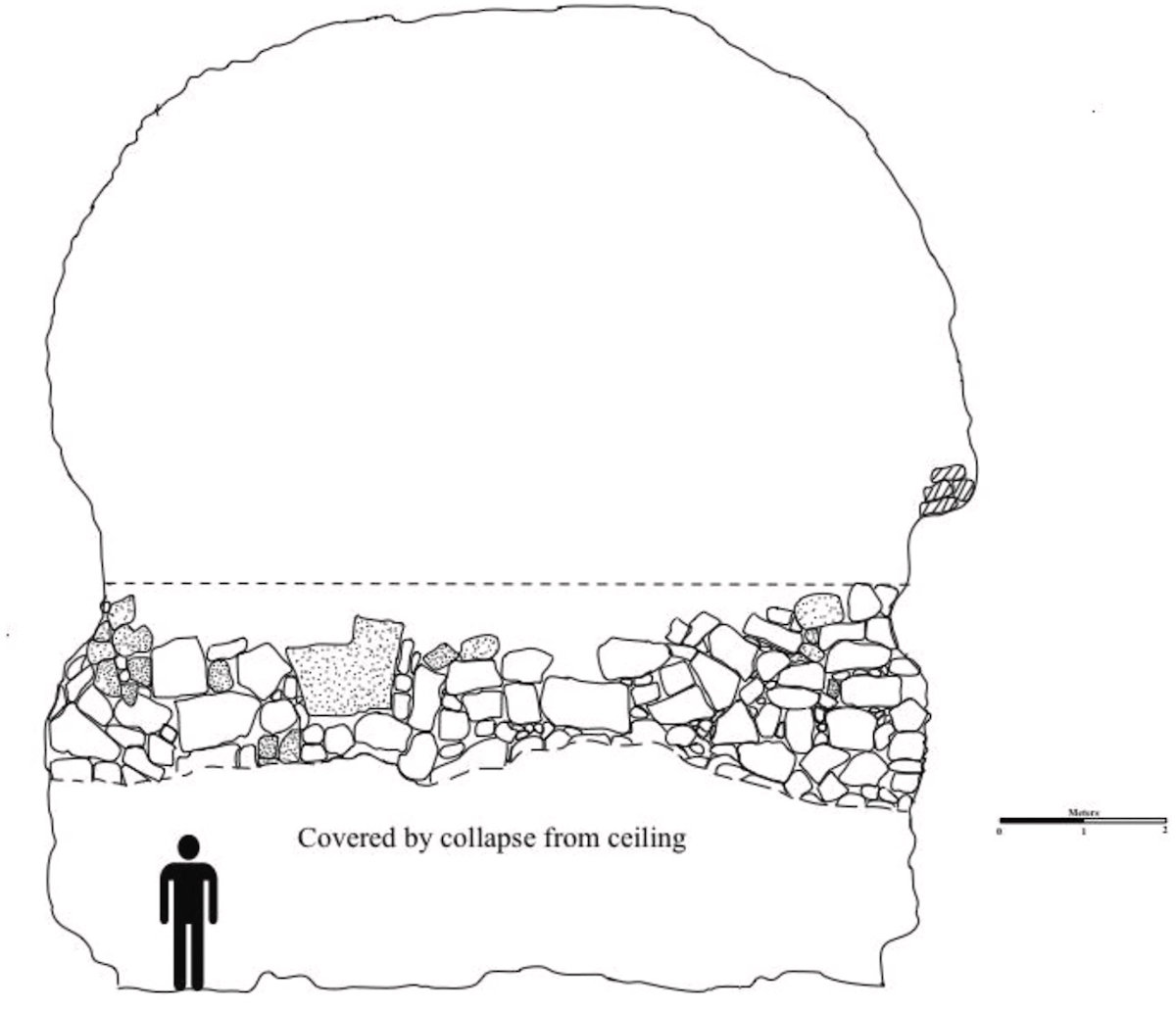 The wall inside Surtshellir’s main tunnel. Drawing by K.P. Smith and G. Ólafsson, 2012. 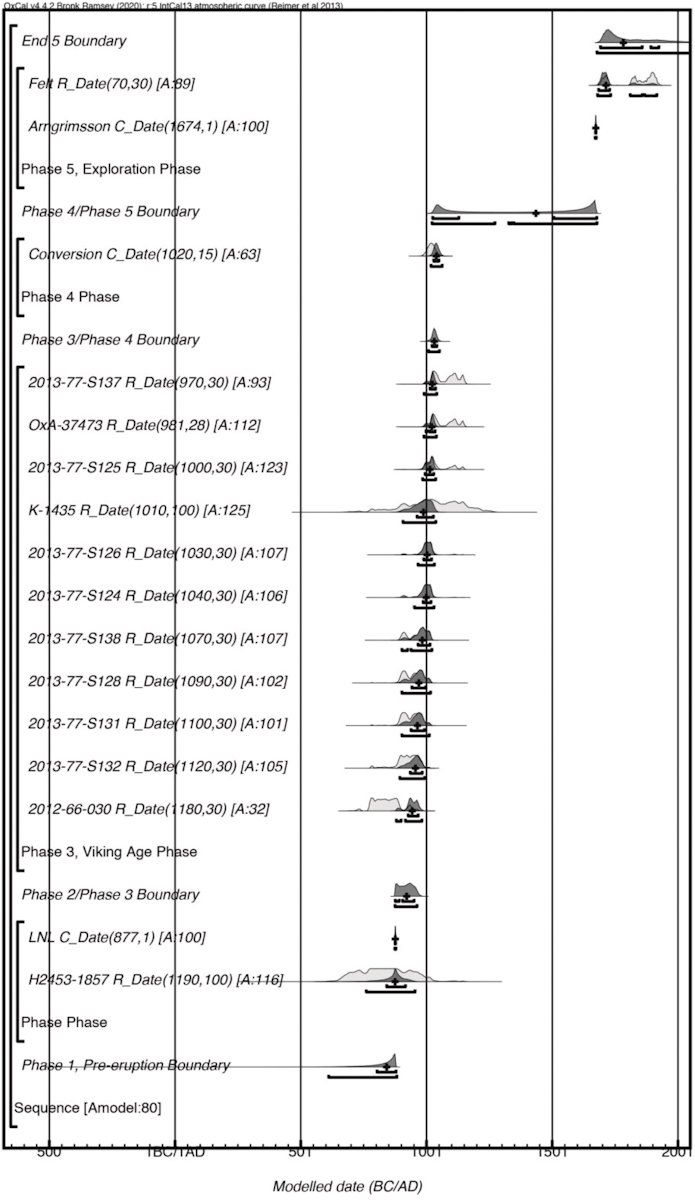 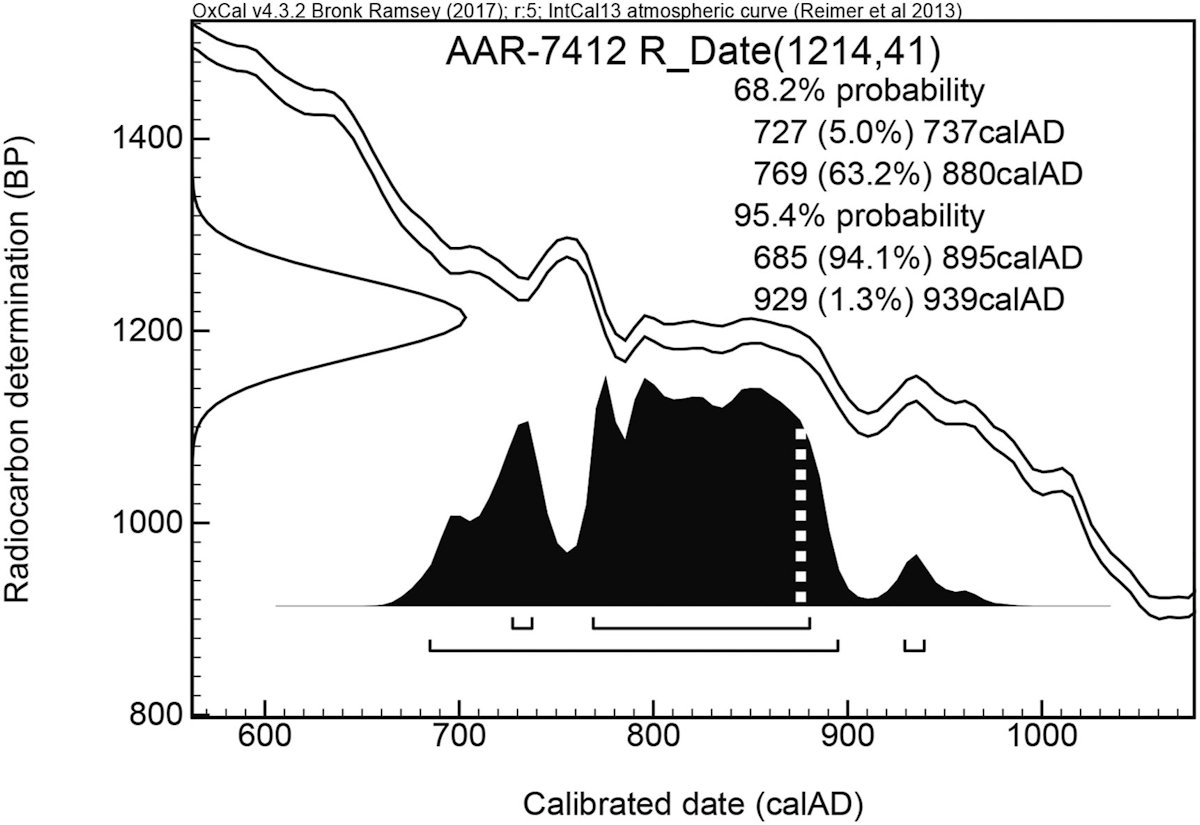 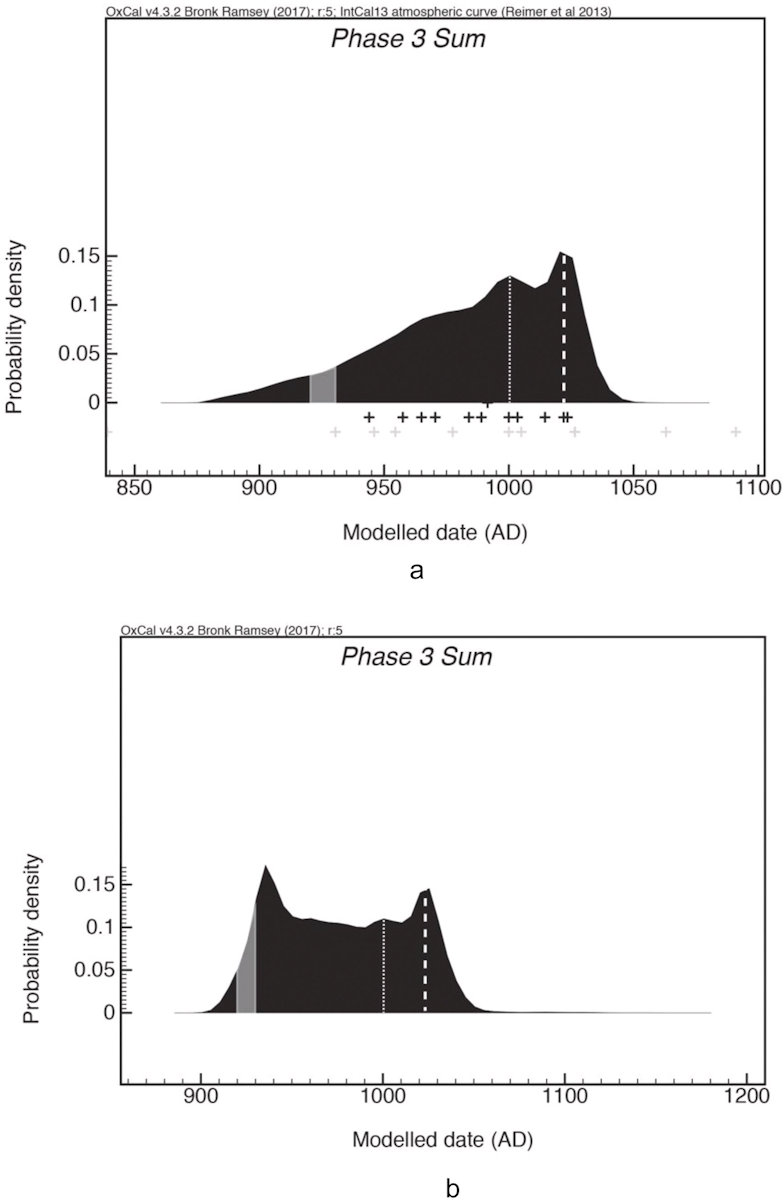 Summed marginal posterior distributions of dated events in Phase 3, based on Model 3. The gray shaded area between AD 920–930 represents the most-likely time by which Surtshellir had cooled enough for humans to enter.