In Norse mythology Freyr is a god associated with virility, sacral kingship, peace, prosperity, good weather and good harvest. He is described as the son of Njörðr and the twin brother of Freyja. He owns the magic boar, Gullinbursti (Golden-bristled), which was created by the dwarfs Brokkr and Eitri, and the ship Skíðblaðnir, which could be folded and carried in a pouch and which always had favourable winds. He was associated with the Horse cult (horses were a symbol of fertility in Norse mythology). At Ragnarök Freyr will be killed by the fire jötunn Surtr.

More recently Sundqvist has commented “Elmevik’s argument is thus in a decisively way based on the idea that Freyr is a fertility god. This common and well-established idea … has however recently been contradicted by several scholars in the history of religions who has emphasized that Freyr should be seen as king-god or a sovereignty in the Norse pantheon in addition to his role as a god of fertility. … For them the etymology ‘Lord’ is thus compatible with Freyr’s function as a ruler deity and counterpart of the human king.” (Sundqvist, O. (2013) “On Freyr – the ‘Lord’ or ‘the fertile one’? Some comments on the discussion of etymology from the historian of religions’ point of view. Onoma 48, p.13).

This would seem to accord with Snorri Sturluson’s comments in Gylfaginning: 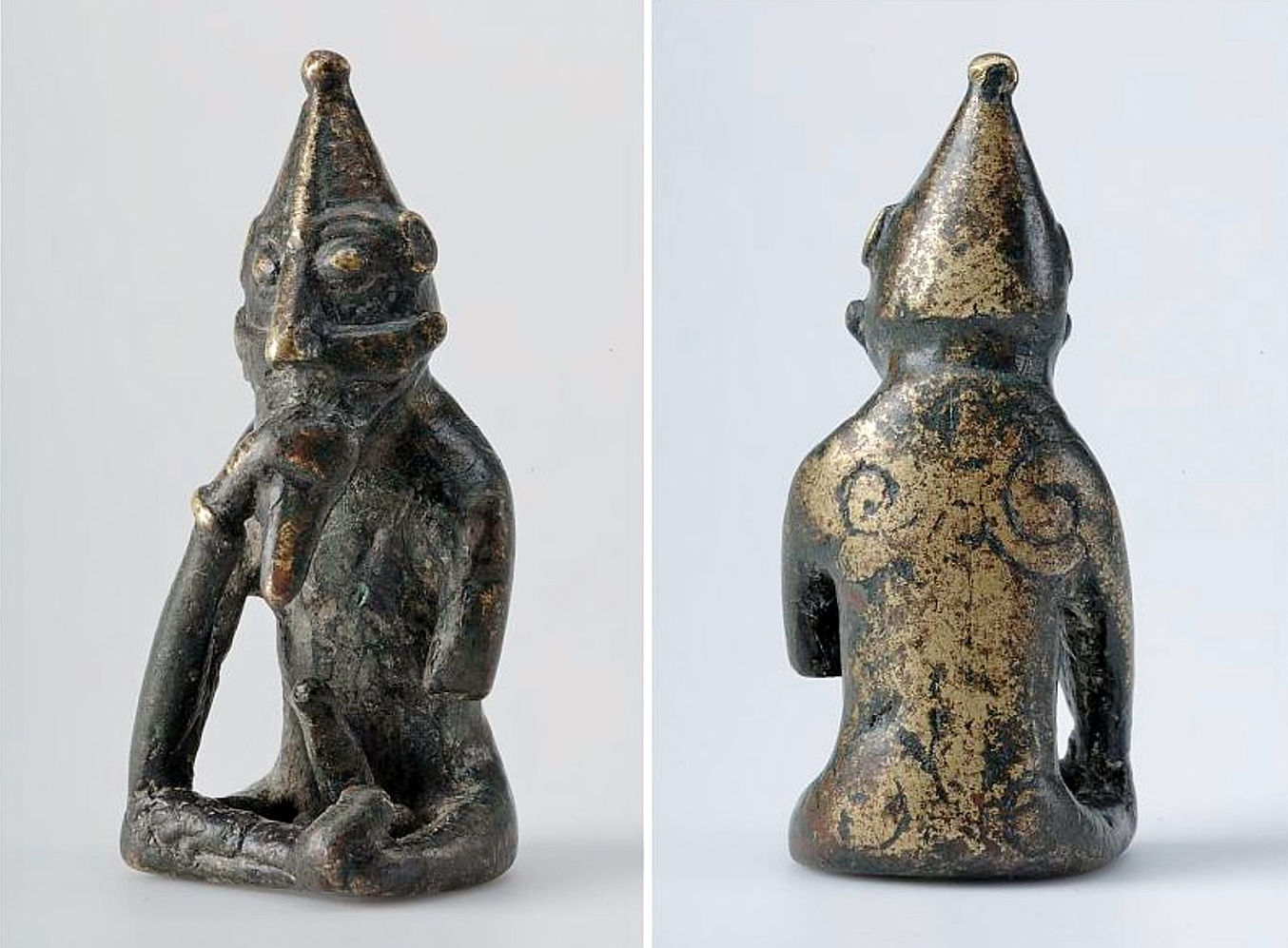 The Rällinge statuette found in Södermanland, Sweden in 1904, c.1000 AD. It is thought to represent Freyr.
(click on the image to enlarge)

Njördr in Nóatún begot afterward two children: the son was called Freyr, and the daughter Freyja; they were fair of face and mighty. Freyr is the most renowned of the Æsir; he rules over the rain and the shining of the sun, and therewithal the fruit of the earth; and it is good to call on him for fruitful seasons and peace. He governs also the prosperity of men.
Adam of Bremen’s Gesta Hammaburgensis ecclesiae pontificum endorses the idea of Freyr being associated with virility:

In this temple, entirely decked out in gold, the people worship the statues of three gods in such wise that the mightiest of them, Thor, occupies a throne in the middle of the chamber; Woden and Frikko have places on either side. The significance of these gods is as follows: Thor, they say, presides over the air, which governs the thunder and lightning, the winds and rains, fair weather and crops. The other, Woden—that is, the Furious—carries on war and imparts to man strength against his enemies. The third is Frikko, who bestows peace and pleasure on mortals. His likeness, too, they fashion with an immense phallus.