The Vikings in Vinland 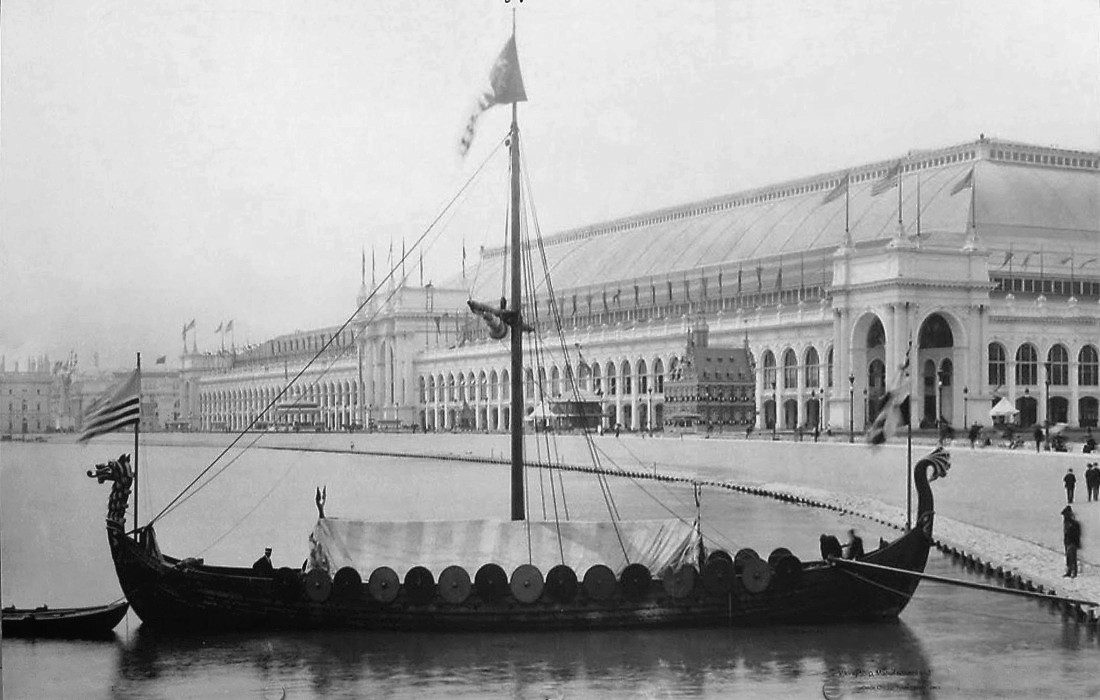 Replica of the Gokstad Viking ship, at the Chicago World Fair 1893
Image Wikimedia Commons
(click on the image to enlarge)

In 1893 a replica of the Gokstad ship sailed across the Atlantic from Bergen to the World’s Columbian Exposition in Chicago. This exposition was held to celebrate the four hundredth anniversary of Columbus’s arrival in the new world. The presence of the ship ‘Viking’ was a reminder that the Vikings had discovered America some five centuries before Columbus.

At the time of the Columbian exposition, the only evidence for Viking presence in America came from Grælendiga Saga and Eiriks Saga, which are often referred to as the The Vinland Sagas after the name by Leif Eriksson to the new land.

In 1960 Dr Helge Ingstad and Anne Stine Ingstad discovered the settlement at L’Anse aux Meadows. This site is too far north for wild grapes to grow there, even during the period of a climatic optimum, and the location of Vinland has remained a source of controversy ever since. Some archaeologists and historians claim that Vinland was so named to attract new settlers, just as Leif’s father, Erik had chosen the name ‘Greenland’ “because he said that people would be much more tempted to go there if it had an attractive name.” (Grælendiga Saga Ch. 1)

L’Anse aux Meadows, and subsequent excavation clearly showed that the settlement dated to the Viking period. However, the sagas tells us that the name ‘Vinland’ was given because of the wild grapes that grew there.

Others believe that L’Anse aux Meadows was simply a base from which more southerly explorations were carried out. Support for this theory comes from the fact that butternuts were found in the excavations at L’Anse aux Meadows, together with worked pieces of butternut wood (Juglans cinerea) – a tree that was not native to Newfoundland but was present one thousand years ago in northern Nova Scotia and New Brunswick – shows that people living at L’Anse aux Meadows had made exploratory sailing further south into the Gulf of St Lawrence. This would suggest that the Vinland of the sagas was the rich lands around the Gulf of St Lawrence. 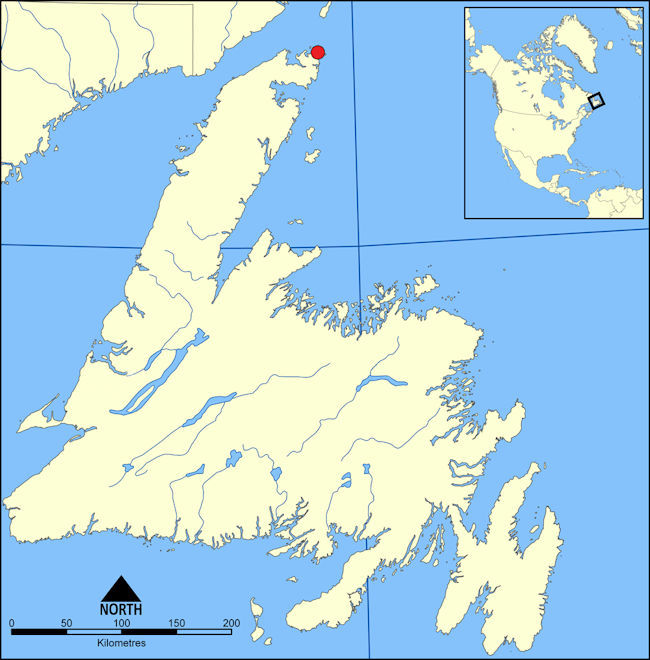 Next Page: The Vinland Sagas