Dating from the excavations at L’Anse aux Meadows had shown that the site was occupied by Norse around the year 1000 AD.

However, recent work carried out by a team of archaeologists led by the University of Groningen in the Netherlands has enabled a precise date to be assigned to Norse presence on the site.

Several pieces of wood which had been cut by a metal axe – a tool used by Vikings, but not by the indigenous population, have been dated to exactly 1021 AD.

This precision is possible because of the effect of solar storms on tree rings. Occasionally a large ‘spike’ of carbon 14 occurs which fades over a period of years.

These spikes of radiocarbon are caused by solar flares which greatly increase the amount of C14 reaching the earth, and their date can be exactly determined by dendrochronology.

One such spike which is known from samples around the world can be dated to 992 to 993 AD. Four pieces of wood from L’Anse aux Meadows show evidence of this spike and counting from this ring to the bark gives the exact felling date of 1021 AD

Sun’s Past Hidden in Tree Rings

When the Vikings reached the Americas

A Viking axe struck a Newfoundland tree in the year 1021. Here’s how scientists proved it 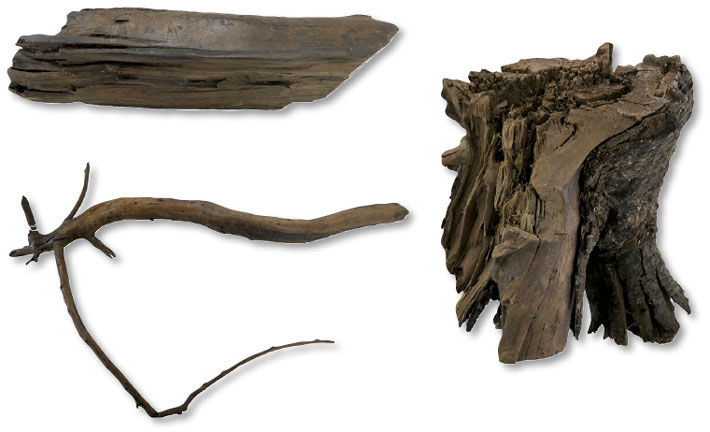 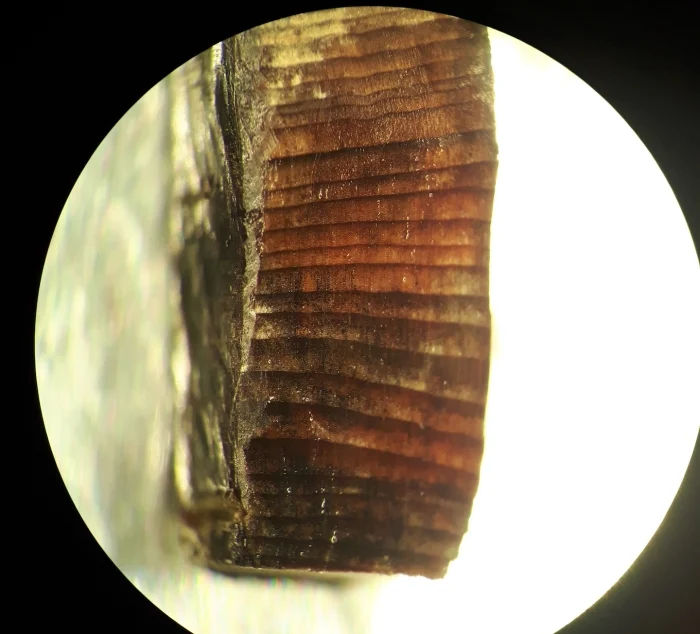 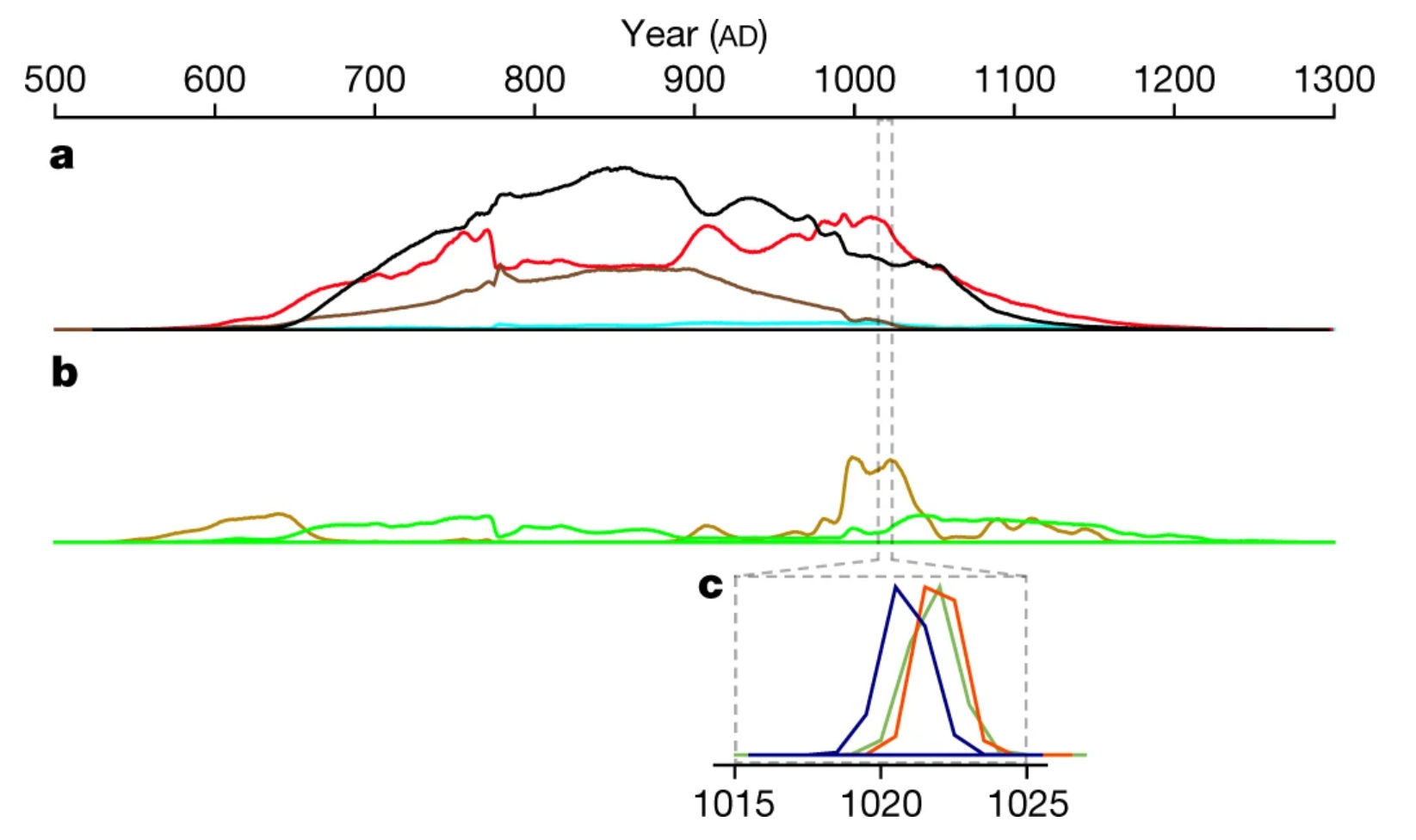