This is a carved slate baptismal font made in c. 1100. One side of the font it shows Gunnar lying in the snake pit surrounded by four snakes and with a harp at his feet. (Gunnar in the snake pit was used as a Biblical typology similar to that of Daniel in the lion den – both symbolizing Christ emerging unscathed from Hell.

The inscription end with five bind runes. The meaning of these bind runes is not understood. 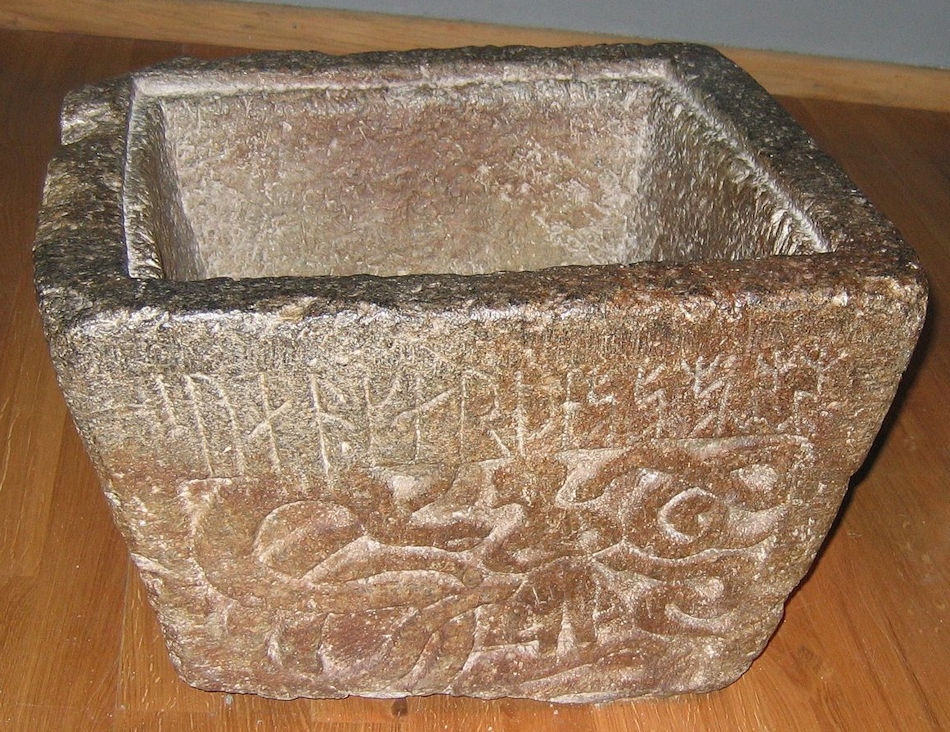 The Norum Font
(click on the image to enlarge)