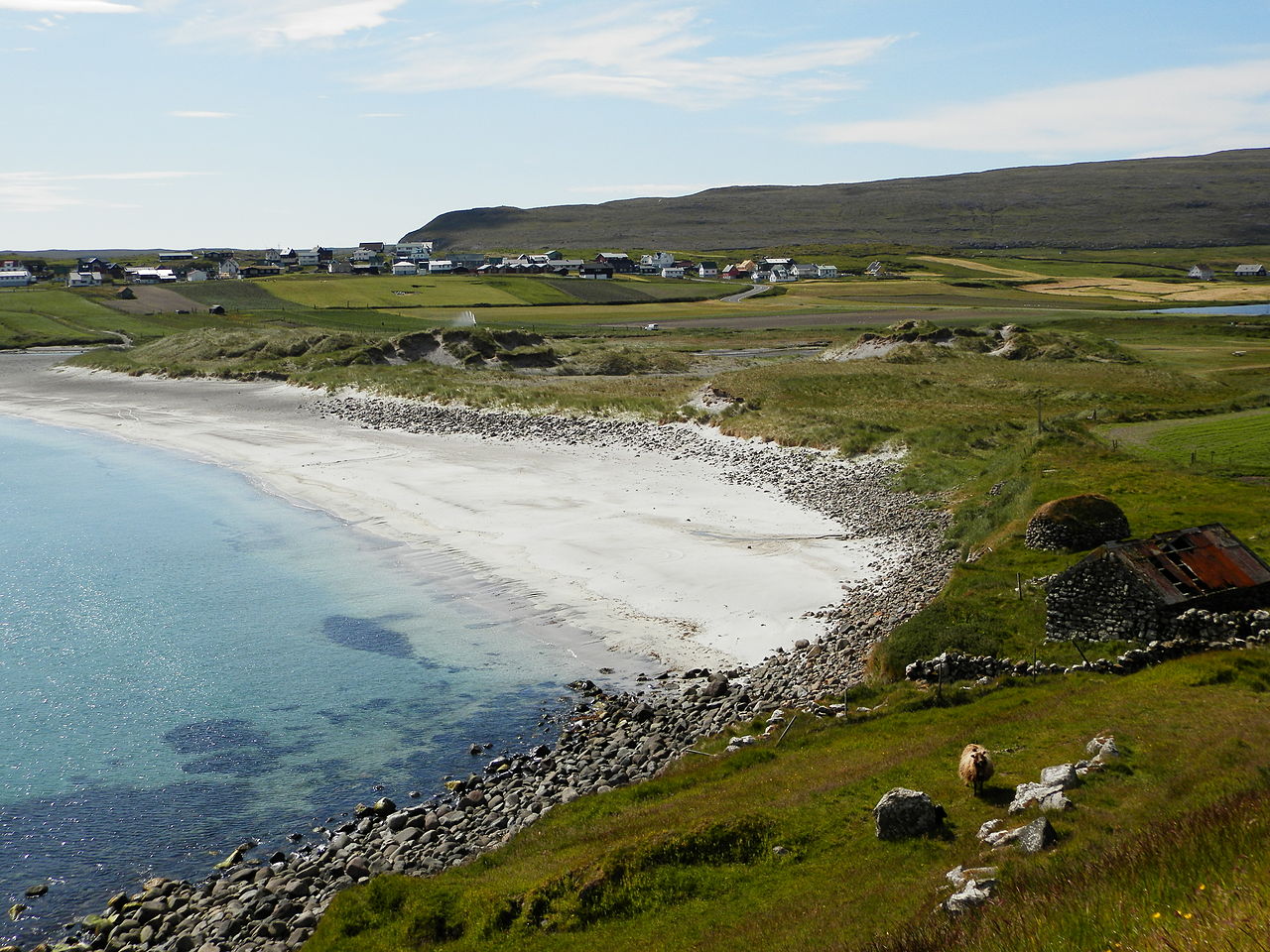 Sandur: image Wikimedia Commons
(click on the image to enlarge)

Sandur is the old site of the thing where every year the local Várting (spring assembly) was held. Excavations here have unearthed a stave church from the 11th century.

In 1989 archaeologists discovered a Viking period pagan burial ground. The burial included the well-preserved skeleton of a woman from the Faroe Islands in a grave 150cm long. The grave also included three beads of amber, a blue glass bead, and a knife.