The excavation of the South Mound in 1941 revealed a number of large stones which were originally thought to mark some sort of enclosure under the mound.

in 2007 Vejle Museum began new excavations around the monuments at Jelling. These excavations revealed a vast palisaded enclosure which covered an area of c. 120,000 square metres. This enclosure contains the Jelling mounds, which themselves overlay a huge stone ship 354 metres in length which corresponds to 1,200 Roman feet. The Roman foot, as Klavs Randsborg1 points out, was the unit used in setting out the Trelleborg ring forts.

The palisade consisted of 1,440m of oak planks, and was of a considerable height which meant that it was visible from a long distance. The whole structure was meant to overawe and impress.

This was necessary as Harald Bluetooth became king at a time when inheritance of the throne was not necessarily a foregone conclusion. Harald needed to show his power and authority.

The excavations have revealed a number of buildings, including an impressive hall adjacent to the gateway and at the prow of the stone ship.

A new visitors centre has been constructed alongside the Jelling site. It features a viewing platform with digital binoculars which enable visitors to see the site as it would have appeared in Viking times. 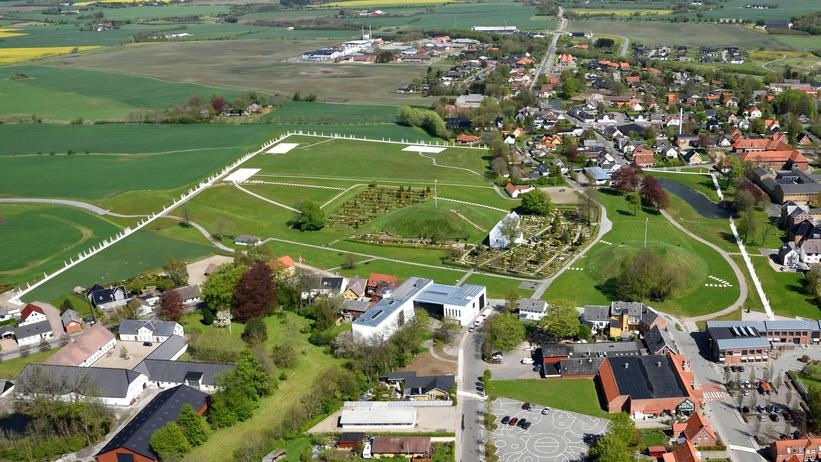 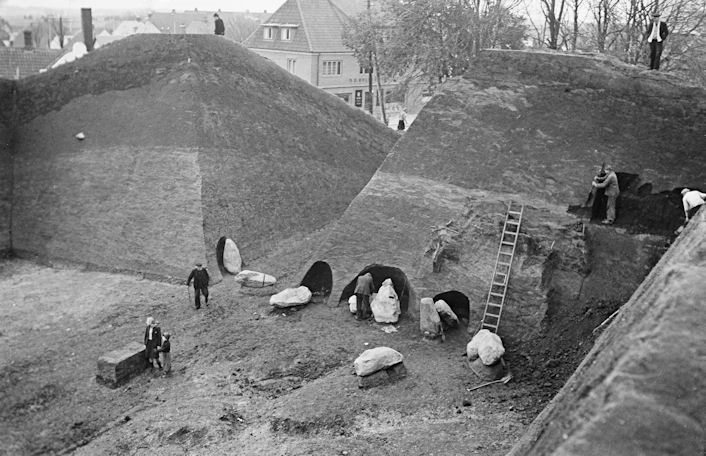 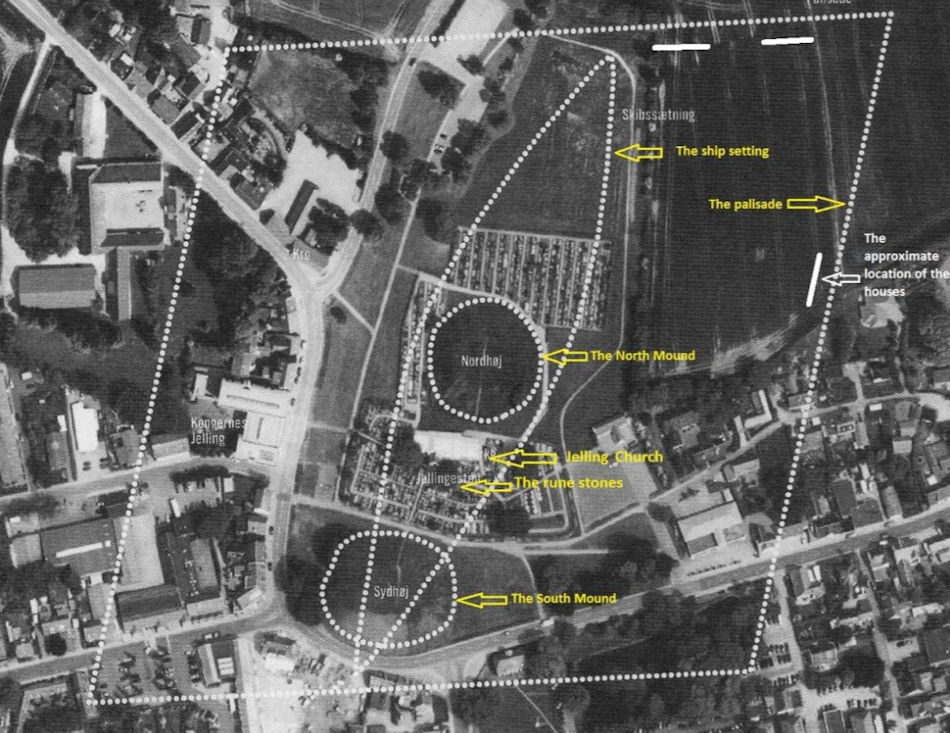 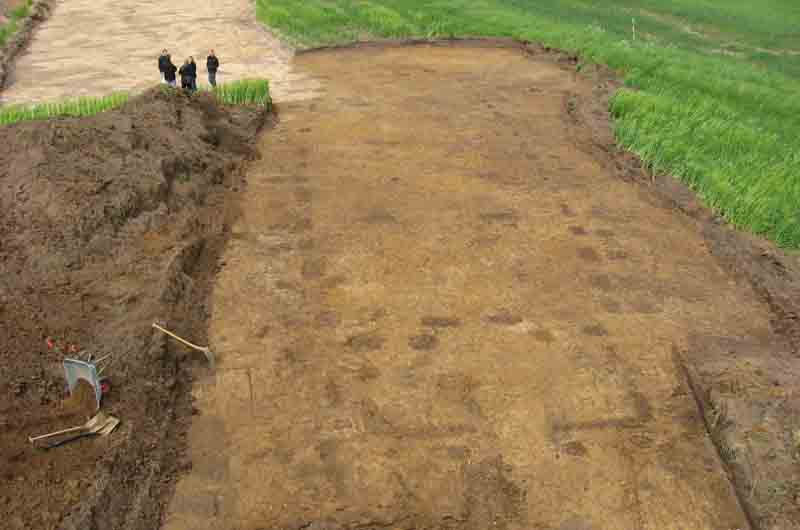 Jelling – Building Under Excavation (Jellingprojectet)
(click on the image to enlarge) 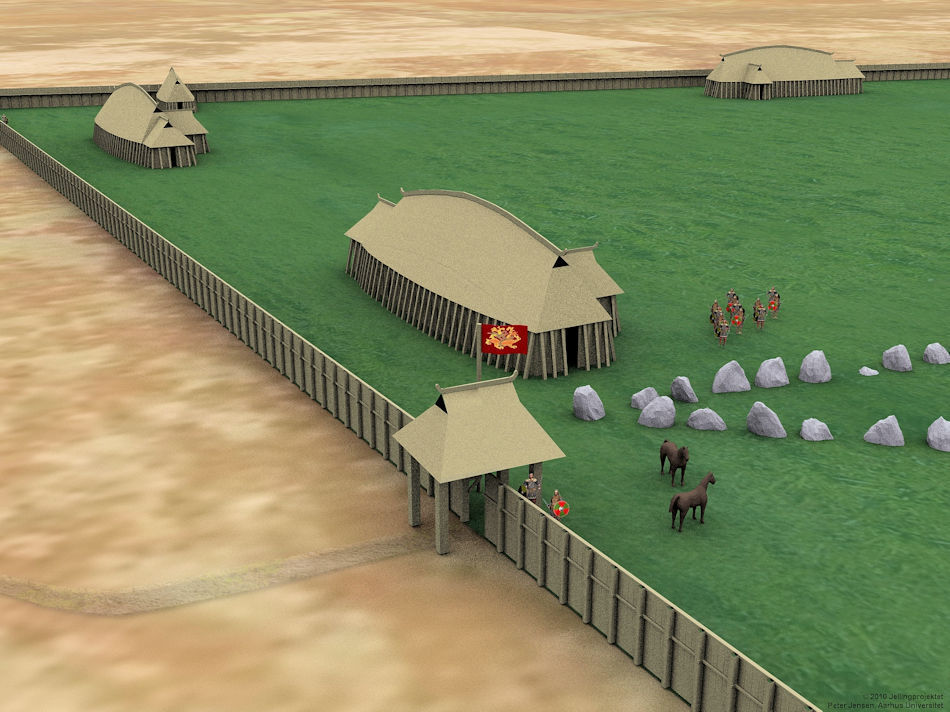 Jelling – Reconstruction of the Hall
(Illustration: Arkæolog Peter Jensen, Moesgård)
(click on the image to enlarge)