The Picture Stone from Broa in Halla

The Picture Stone from Broa in Halla

This picture stone has also been found in conjunction with a burial site. It has been dated to 700–800. Two very familiar motifs can be seen on the stone – the scene showing the welcome to Valhall, where one of the Valkyries offers the new arrival a drinking horn, and a depiction of a ship.

The pictures contain a couple of details of great interest. The rider’s dress is particularly interesting. His upper body is protected from the elements by a cloak, its necessity indicated by the rider’s posture. He is also wearing knee-length baggy riding breeches. This garment, originating from the East, reached the North along with equestrianism a few centuries B.C. The rider is also armed with a sword.

The ship depicted on the stone does not rank among the larger vessels, but is well equipped with shields along the gunwale and a resolute crew. The artist, using simple means, has captured the steadfastness of this Viking crew in their facial expressions. 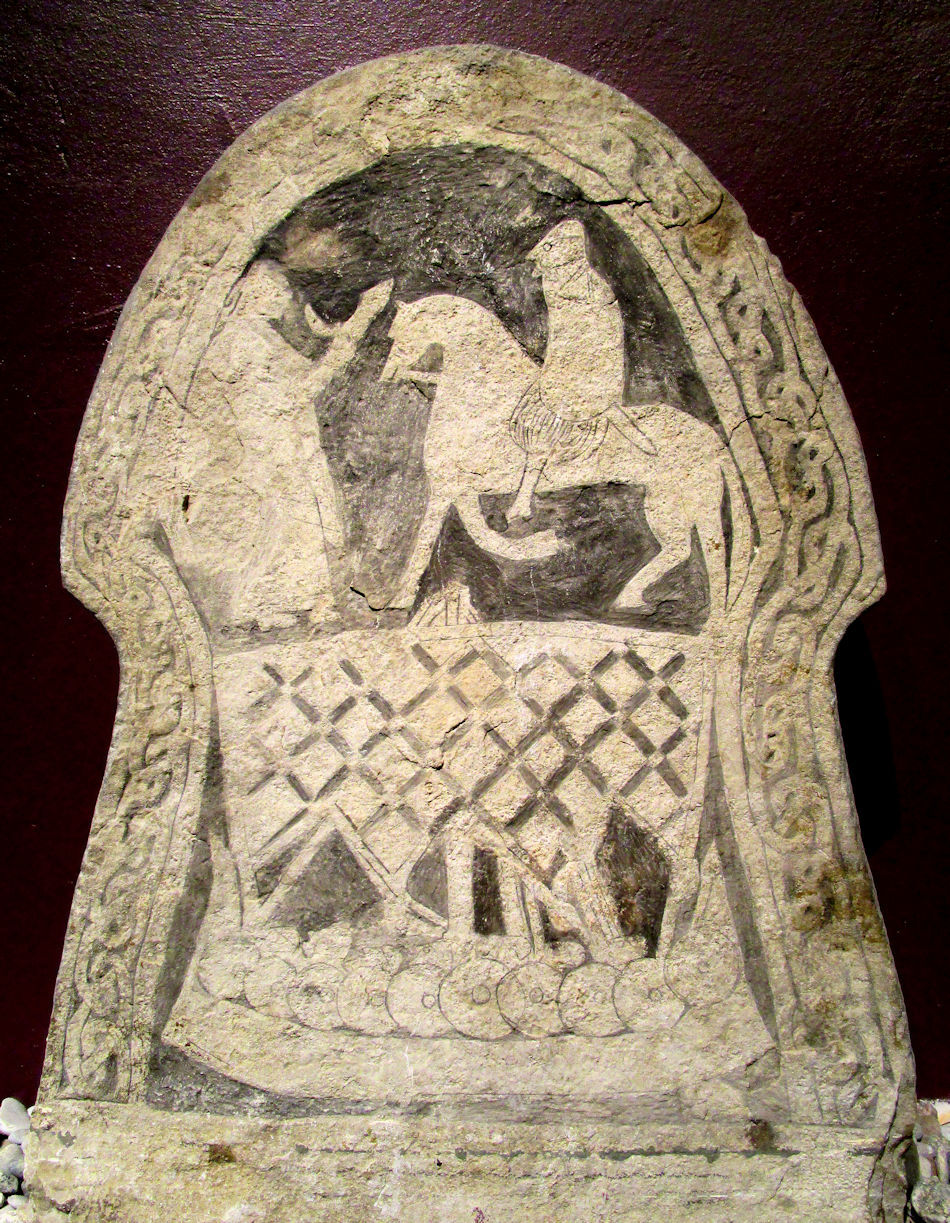