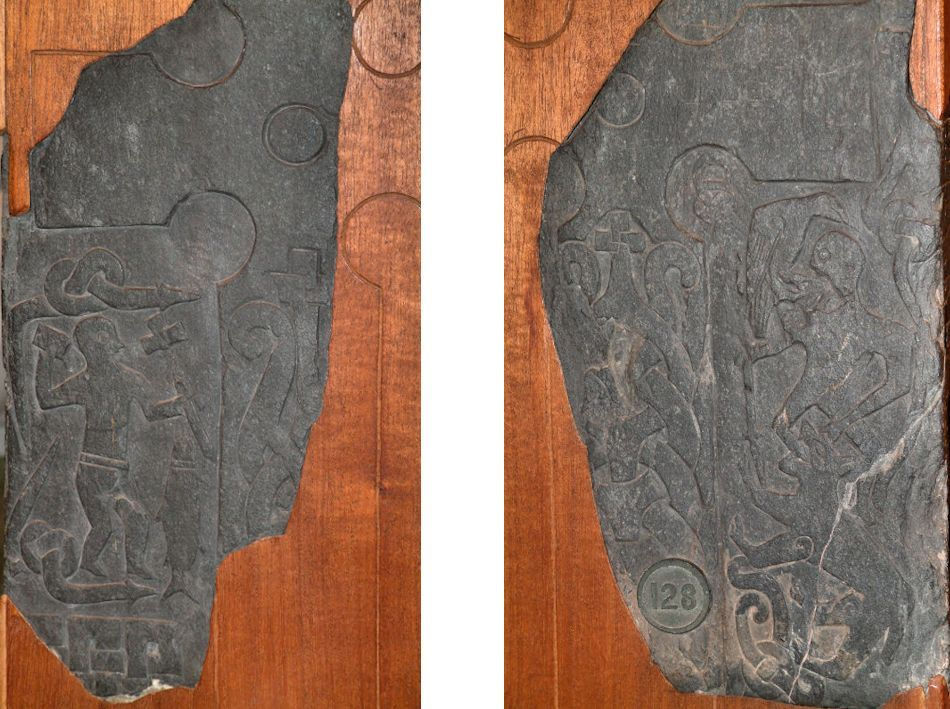 One side of the cross shows a figure holding a cross in his left hand and a book in his right. This is presumably a figure representing Christianity, as there is a fish (a symbol of Christ) in front of him.

Above and below the figure are what appear to be spears, but they are tied in a knot.

The other side shows a scene from Ragnarök – a figure with a bird on his shoulder (Oðin with one of his ravens) is being swallowed by a wolf.

This represents the death of Oðin:
“The wolf will swallow Oðin and that will be his death.”

The two scenes appear to represent the triumph of Christianity over the pagan religion.