Vang Stave Church (Polish: Świątynia Wang) is a four-post single-nave stave church originally built around 1200 in the parish of Vang in the Valdres region of Norway. The church was declared redundant in 1832.

The church was still standing in 1839 when it was seen again by the painter Johan Christian Dahl who had made a previous attempt to save it. Dahl bought the church in 1841 with the proviso that the site be cleared by the end of the year.
Dahl persuaded the Crown Prince, later King Frederick William IV of Prussia, to take over the responsibility and the cost of re-erecting the church.

The church was re-erected in the village of Brückenberg near Krummhübel in the Riesengebirge, now the Karkonosze mountains, in the province of Silesia. 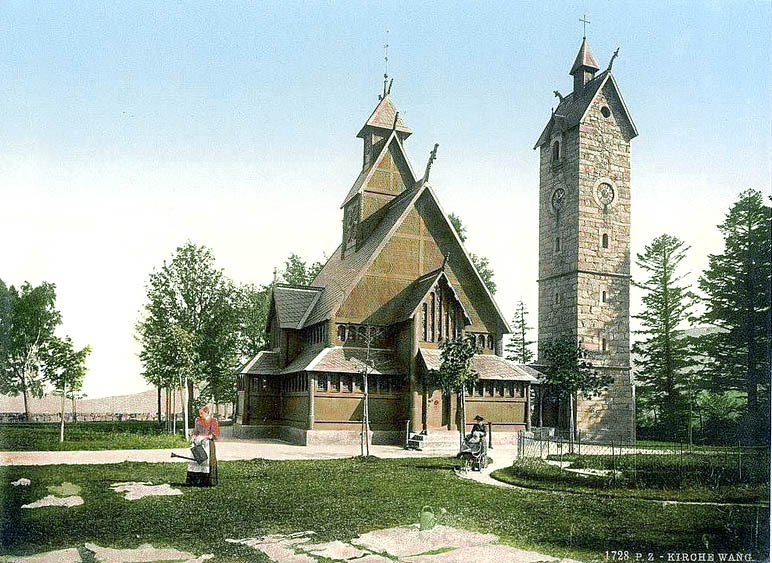