In 1981 a Viking period site of exceptional interest was found during ploughing at Borg Farm on the Lofoton Island of Vestvågøy in northern Norway.

The quality of some of the artefacts found was exceptional and their closest paralles were to be found on urban, rather than rural, sites. 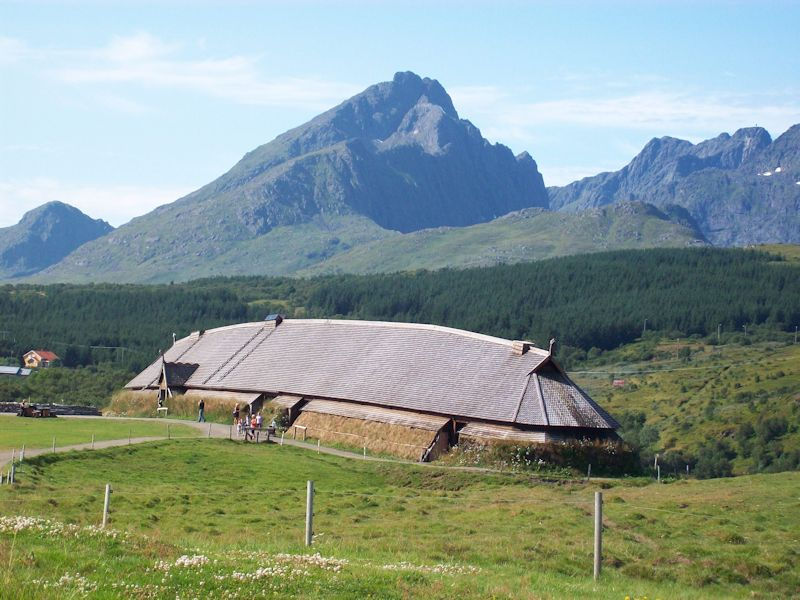 The Reconstructed Chieftain’s House at the Viking Museum, Borg
(click on the image to enlarge)