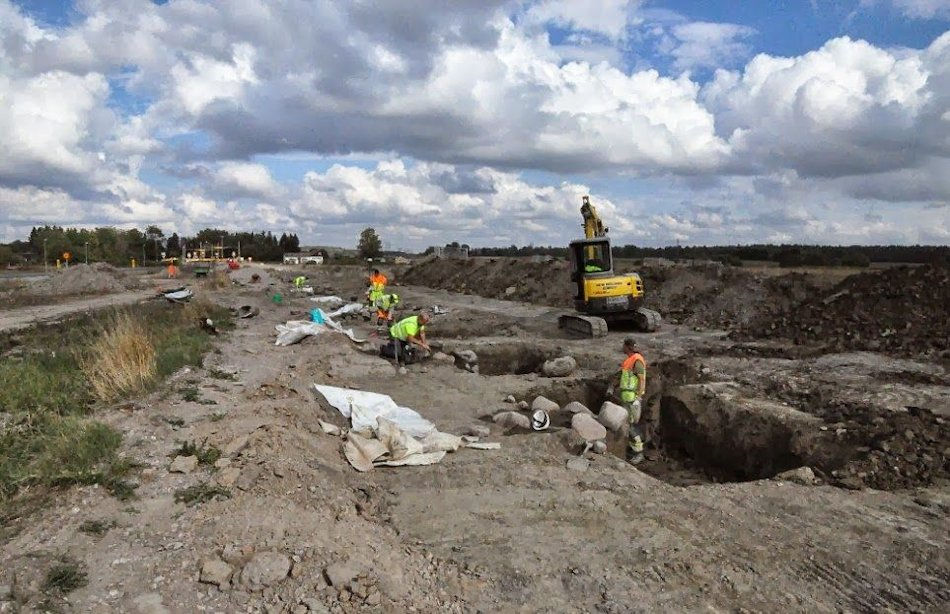 In October 2013, archaeologists working in advance of a new railway line discovered traces of a massive pre-Viking timber construction near to the Gamla Uppsala burial mounds where the three Iron Age kings Aun, Egil and Adils are believed to be buried.

Archaeologist Lena Beronius-Jorpeland said that the colonnade appeared to date from the 5th century AD and was the largest Iron Age construction in Sweden.

She said: “It is a completely straight line and they have dug postholes every 20 feet (6 meters). They have had an idea of exactly where this line is going and where to build it. It is a fairly modern way of thinking and we don’t have many traces of these sorts of constructions from that time.”

The massive post holes seem to have held pillars c. 7 m high, and some of the post holes contained bones – possibly from animal sacrifices.

Beronius-Jorpeland said that there may be further colonnades in the area and that excavation would continue. 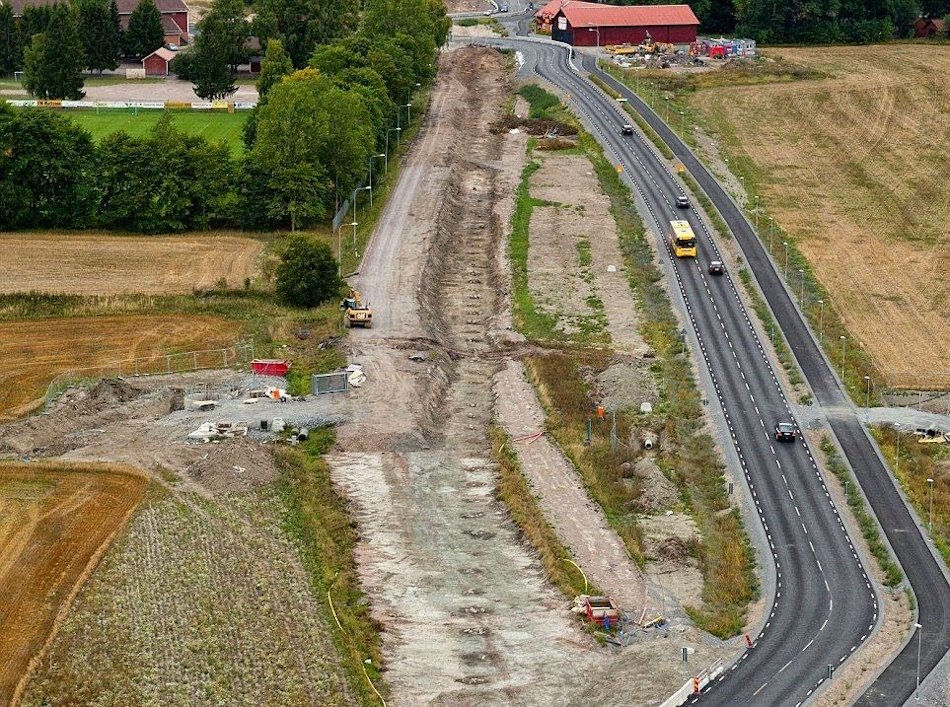 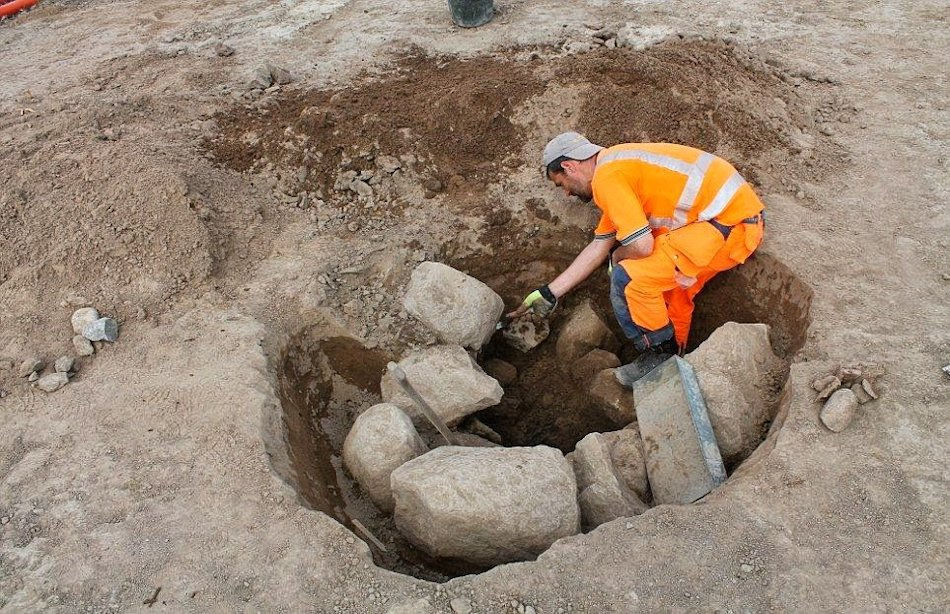 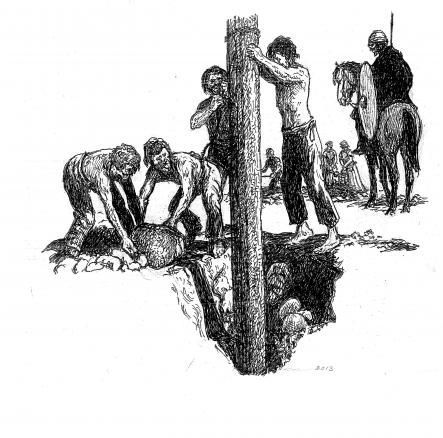 How the Posts were set
(click on the image to enlarge)

How the row of posts may have looked