Excavations at Järrestad revealed a Late Iron Age magnate’s farm and some outlines of a central place formation process.

The farm includes an area with several phases of hall buildings, a palisade enclosure and a wetland area, consisting of wells, depositions of fire-cracked stones and animal bones.

It has been suggested that this represents a ‘hov’ and attempts are being made to analyse the architecture and layout in a structuralist fashion.

Some groups of artefact and local traditions are interpreted as links connecting the elite setting to a concept of cultural space, related to Old Norse myths and an ancient sacred river valley topography.

The chosen examples are chiefly derived from the ideological sphere. They include religious rituals, feasting and management of cultural space and memory.

The ‘hov’ is thought to represent a focal point of the pagan cosmos, where military, economic and ideological powers were integrated. 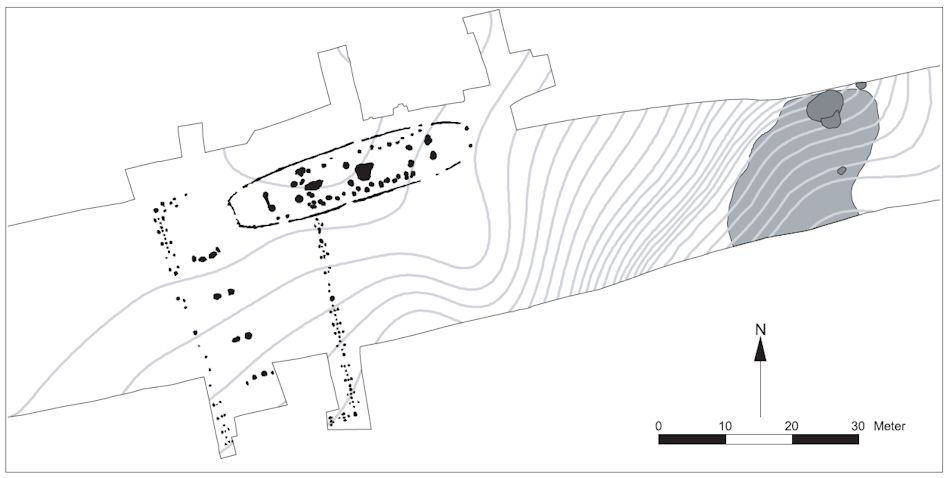 Excavations at Järrestad
(click on the image to enlarge)