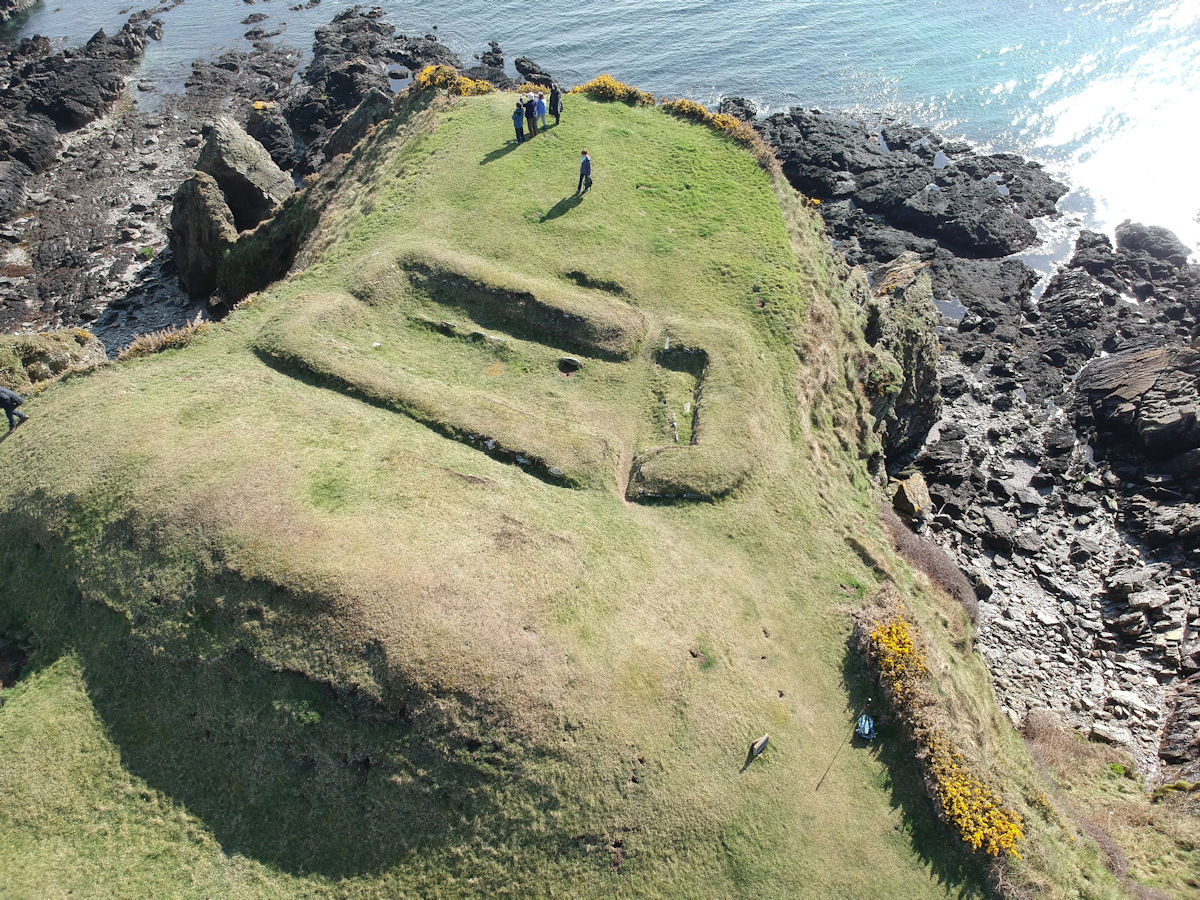 Cronk ny Merriu is situated in the south of the Isle of Man near Santon, overlooking Port Grenaugh at OS Grid Ref: SC 3176 7044. (click to enlarge the aerial view)

The site is a coastal promontory fort with a defensive ditch and rampart. It is situated high on the cliffs, with good views of the surrounding coast. The cliffs overlook a small sandy bay to the west which would have provided a natural harbourage.

Owing to its small size, and the lack of a source of water, the fort could not have held out for long in the event of a raid.

The site is believed to have been constructed during the Celtic Iron Age and then to have been reoccupied during the Viking Period. Within the fort is a rectangular building with three doorways and a central hearth, or langeldr. 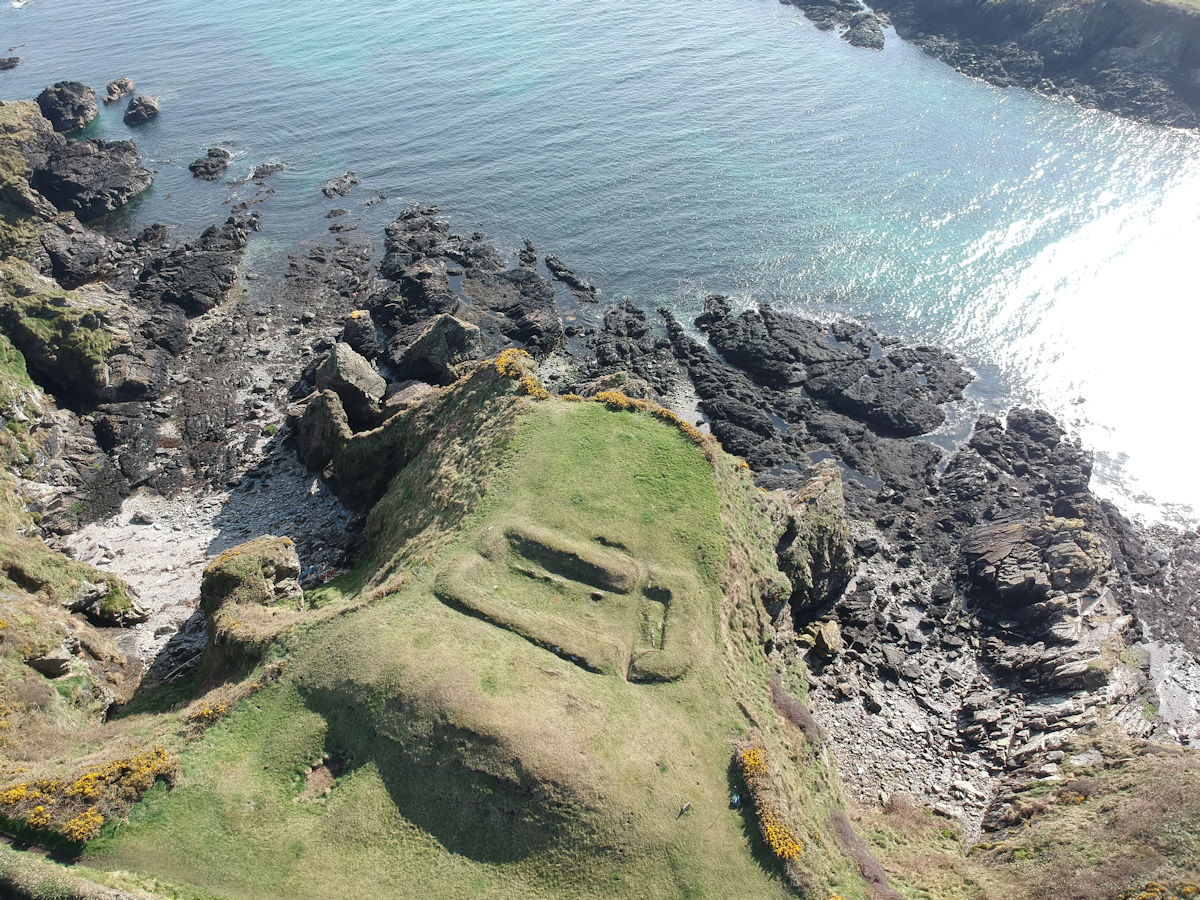 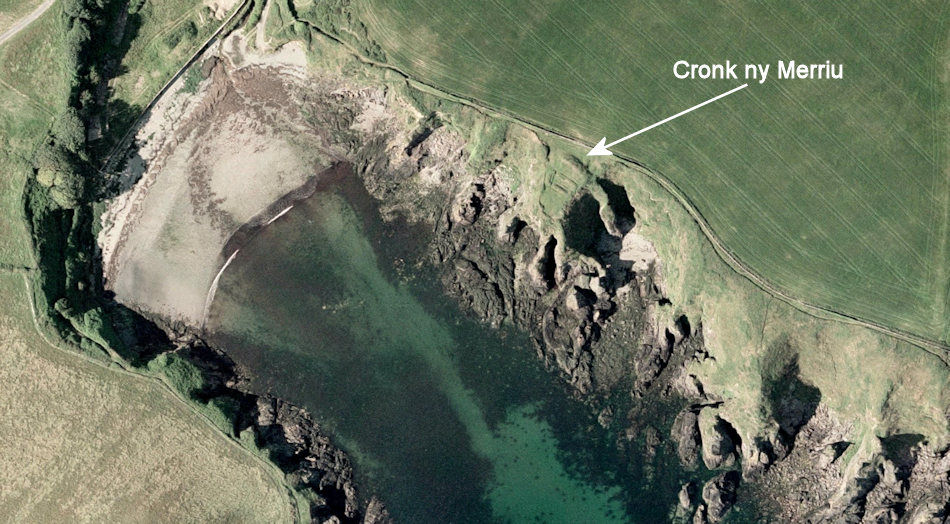