The Braaid is situated midway between Douglas and Foxdale in the south of the Isle of Man at OS Grid Ref: SC 32050 7654. The site is marked with a green sign posted on the main road. (click to enlarge the aerial view)

The Site appears to have originally consisted of a Celtic Iron Age roundhouse with stone foundations. The roundhouse was about 16.5 metres in diameter. Its structure was held up by massive standing stones around the circumference. The walls were made of stone and filled with earth. The roof was made of turf placed on rafters made of brush and supported by timber posts.

During the Viking Period two sub-rectangular buildings were constructed. One was a ‘boat-shaped’ house measuring c. 20 by 9 metres made of turf with the ends made of timber. The roof was supported by two rows of posts standing on a large stone.

The second building was used as a byre, with stone stalls along the wall. The roof was low and lightweight and did not have the curved walls like the other longhouse. The building measured 18 by 8 metres. 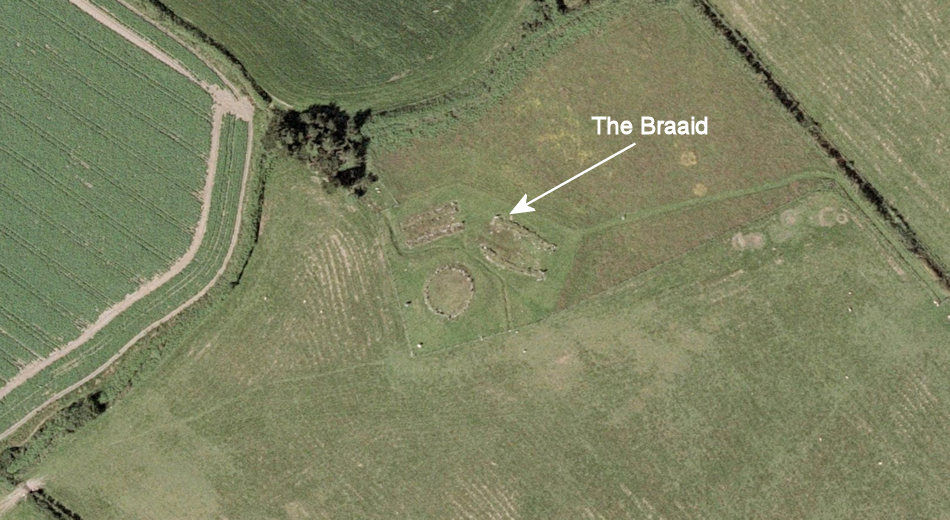 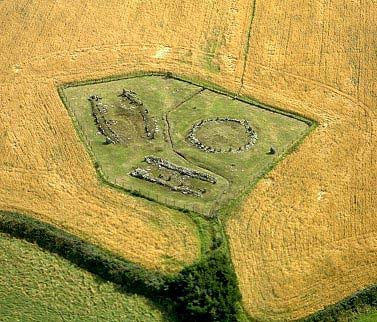 The Braaid – aerial view of the settlement