The Crucifixion, or the Death of Baldr (east side)

This scene is unusual for a crucifixion – normally Longinus would be accompanied by Stephaton (the sponge-bearer) but here he is accompanied by a woman (Is this Ecclesia with chalice? Or Mary Magdalene with the alabastron?)

Gyfaginning (The Deluding of Gylfi) tells how Baldr had dreams that his life was threatened. The Æsir decided that measures should be taken to protect him – Frigg extracted a promise from fire & water, all stones and metals and all living things that they would not harm him. After this, the Æsir used to throw darts and stones at Baldr for sport, knowing he could not be harmed.

Loki disguised himself as a woman and went to Frigg to tell her that the Æsir were throwing missiles at Baldr. Frigg replied: “Neither weapons nor trees will injure Baldr; I have taken an oath from them all.

Loki asked: “Has everything sworn you an oath to spare Baldr?” Frigg replied: “West of Valhalla grows a little bush called mistletoe, I did not extract an oath from it, I thought it too young”. Whereupon Loki disappeared.

Loki took hold of the mistletoe, pulled it up and went to the assembly. Now Hoð was standing on the outer edge of the circle of men because he was blind.

Loki asked him: “Why aren’t you throwing darts at Baldr?” He replied: “Because I can’t see where Baldr is, and, another thing, I have no weapon.”

Then Loki said: “You go and do as the others are doing and show Baldr honour like other men. I will show you where he is standing: throw this twig at him.”

Hoð took the mistletoe and aimed at Baldr as directed by Loki. The dart went right through him and he fell dead to the ground. This was the greatest misfortune ever to befall gods and men.

The god Hermóð, Baldr’s brother, rode to Hel to see if he could bring Baldr back from the dead.

Hel said: “If everthing in the world, both dead and alive, weeps for him, then he shall go back to the Æsir, but he shall remain with Hel if anyone objects or will not weep.”

The Æsir sent messengers throughout the world to ask for Baldr to be wept out of Hel. All agreed, but as the messengers were riding back home they met a giantess sitting in a cave

She gave her name as Thökk. They asked her to weep Baldr out of Hel. She answered:

Thökk will weep
dry tears,
at Baldr’s embarkation;
the old fellow’s son
was no use to me
alive or dead,
let Hel hold what she has.

It is thought that the giantess there was Lokki, Laufey’s son – who has done most harm among the Æsir. 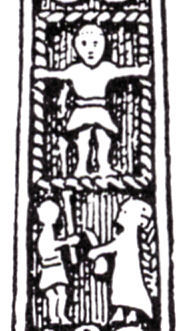 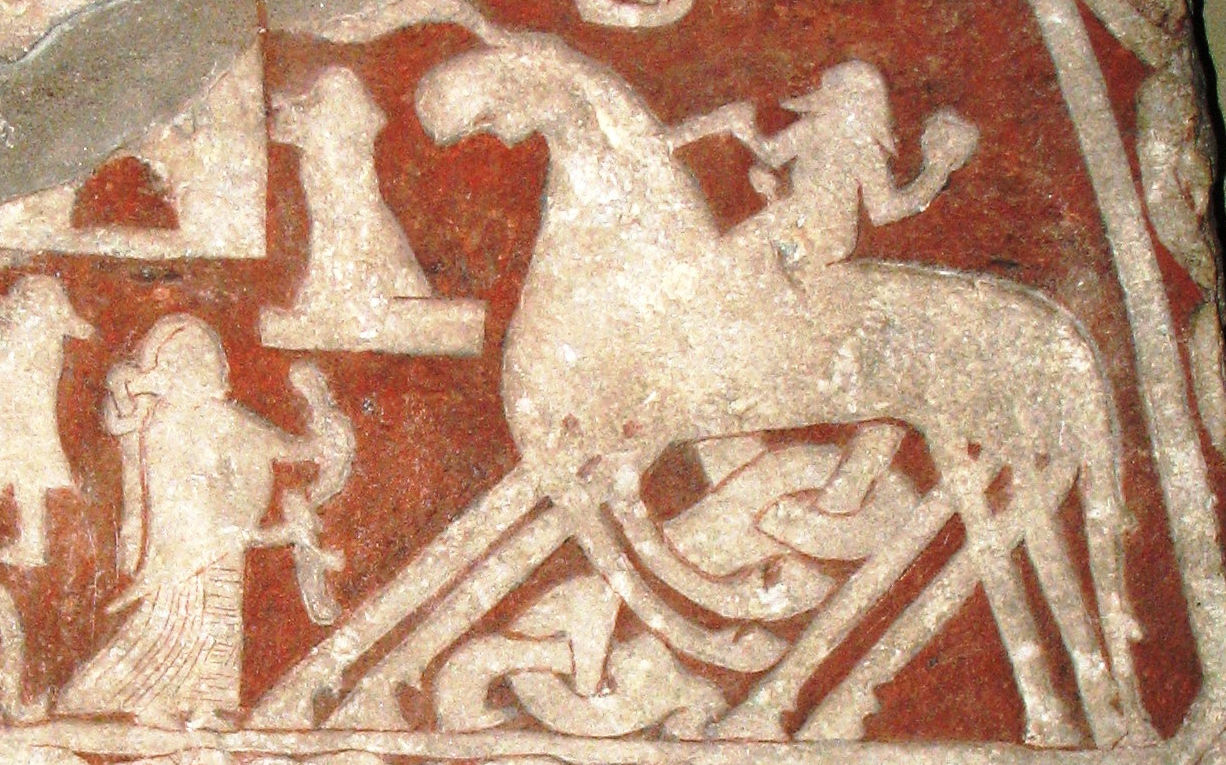 The idea of all creation weeping is found in the Old English Christian Poem “The Dream of the Rood”.

Weep all creation,
lament the King’s fall: Christ was on the Cross.

Next Page: The Binding of Loki – (west side)