In 2012 an excavation in advance of construction of a housing estate at Ranheim, Norway, located a ‘hov’ which was constructed around 400 AD and continued in use until the 10th AD.
The site shows signs of usage for animal sacrifice, and appears to have been deliberately dismantled and covered by a thick layer of peat, possibly to protect it from Christian invaders.
The ‘hov’ consisted of a stone-set “sacrificial altar” and a post-built structure that possibly housed wooden images of the gods. There was also a processional route nearby, which was marked out with stones and led to the post-built structure.
The altar consisted of a circular stone setting around 15 meters in diameter and nearly a meter high, and the post-built structure was rectangular, with a floor plan of 5.3 x 4.5 meters, and raised with 12 poles, each having a solid stone foundation. The lack of a fireplace suggests that this building was not used as a dwelling.
Inside the post-built structure were traces of four pillars, which may have indicated the place where idols stood. Two glass beads were recovered during the excavation, but there were no finds of ‘guldgubber’, or similar finds. 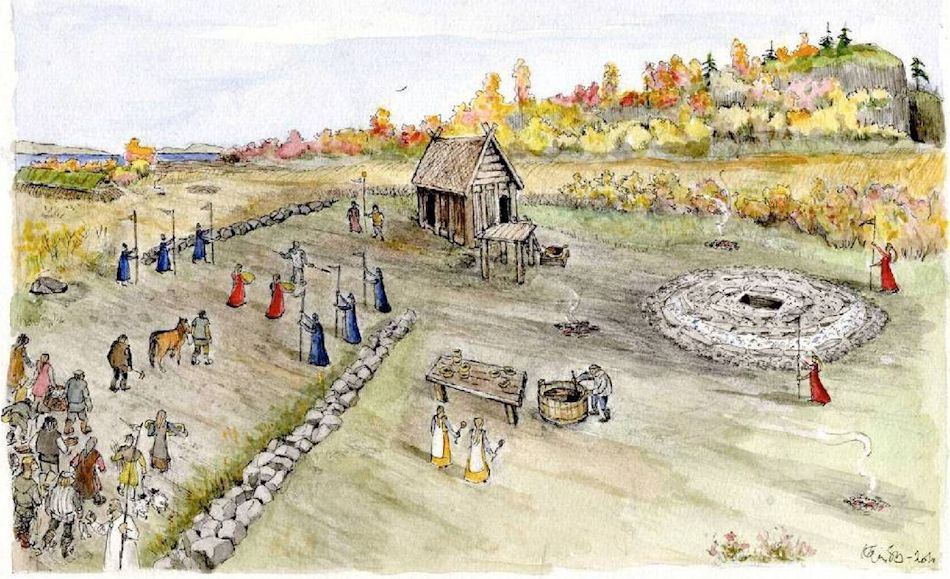 Ranheim – Reconstruction of the site
[Credit: Preben Rønne, Science Museum/NTNU]
(click on the image to enlarge) 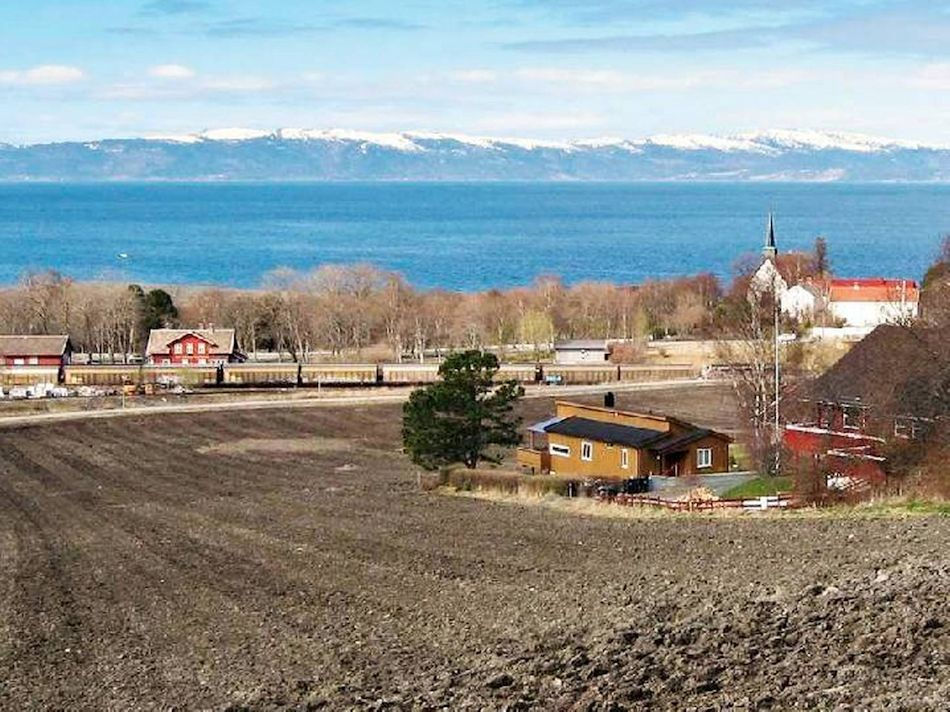 The site at Ranheim 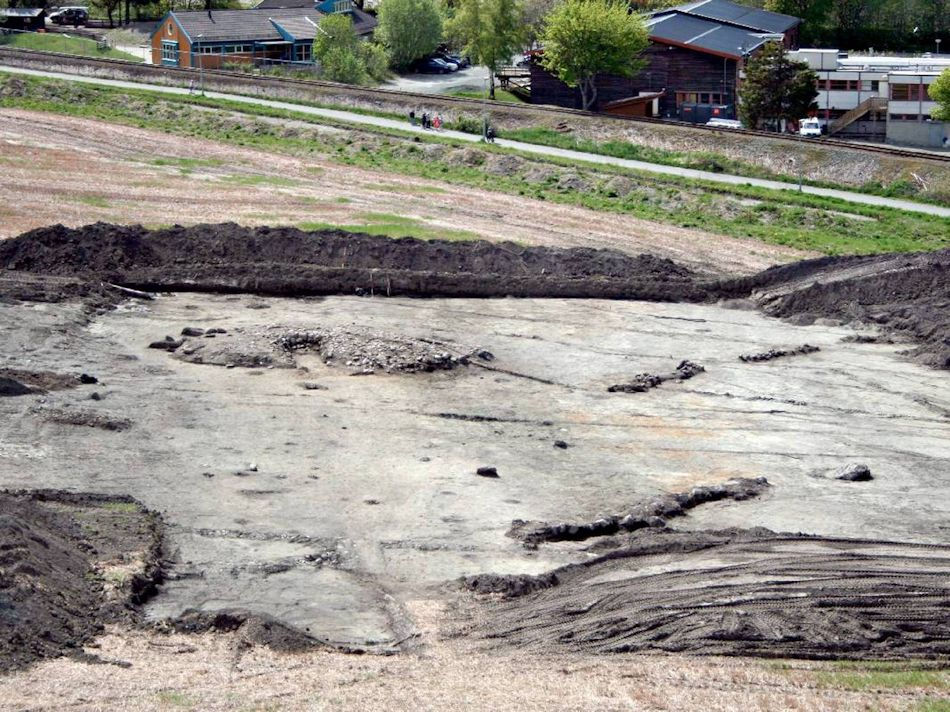 The excavation at Ranheim
(click on the image to enlarge) 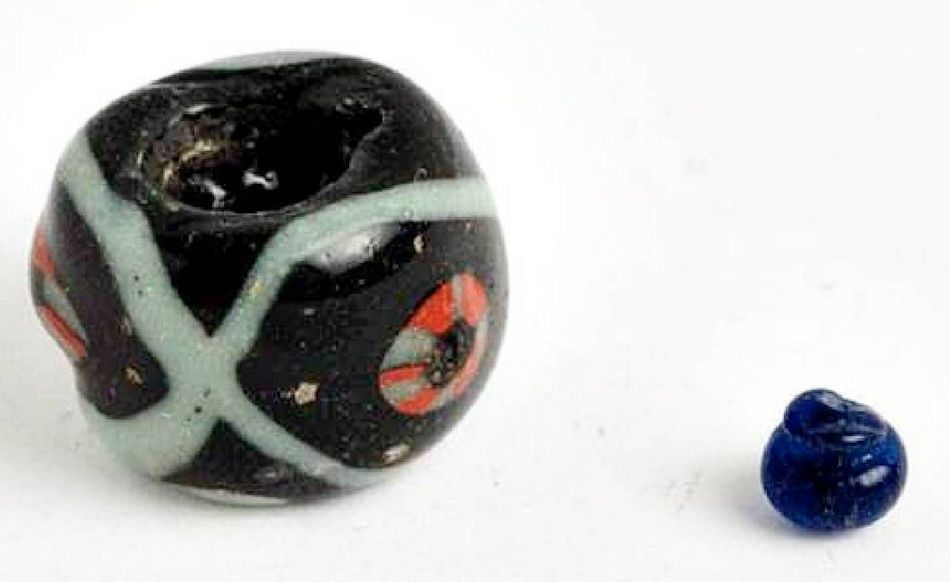 Glass beads from Ranheim
(click on the image to enlarge)