Phosphate analysis of Sorte Muld has suggested that the site covered c. 1 square kilometre and consisted of small farmsteads grouped around the main area.
However, only a relatively small part of the total area of Sorte Muld has been excavated.
The main site seems to have consisted of a high status hall and a ‘temple’ building. There are also signs of a goldsmith’s workshop.

The site is c. two kilometres from the coast, where there are a number of natural harbours.

The track across the fields between the settlement and Vige harbour is now called Krøblingevejen and was probably the prehistoric main entrance to Sorte Muld.
Limited excavation and metal detector finds have produced over 2,300 example of the small gold foil figures known as “Guldgubber”, mostly dating to the sixth and seventh centuries. These Guldgubber are believed to have served a religious function 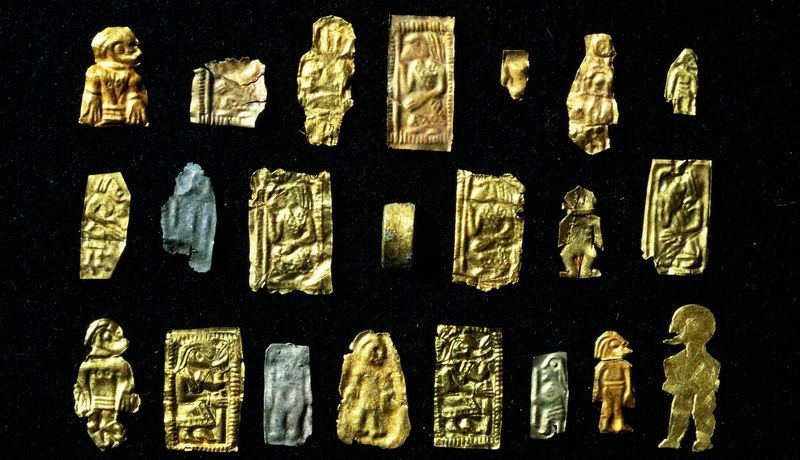 Guldgubber from Sorte Muld
(click on the image to enlarge) 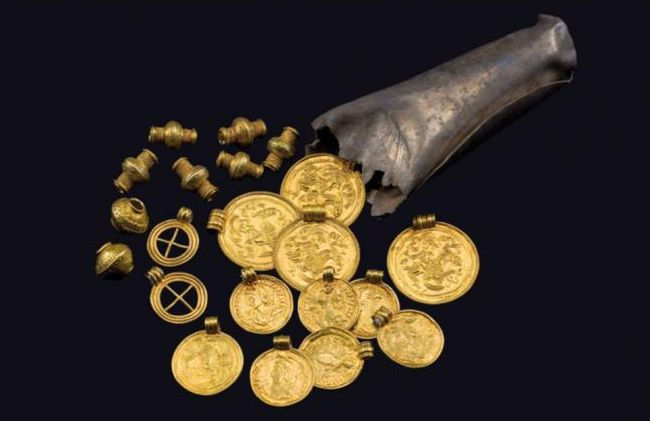 Coins, etc. from Sorte Muld
(click on the image to enlarge)