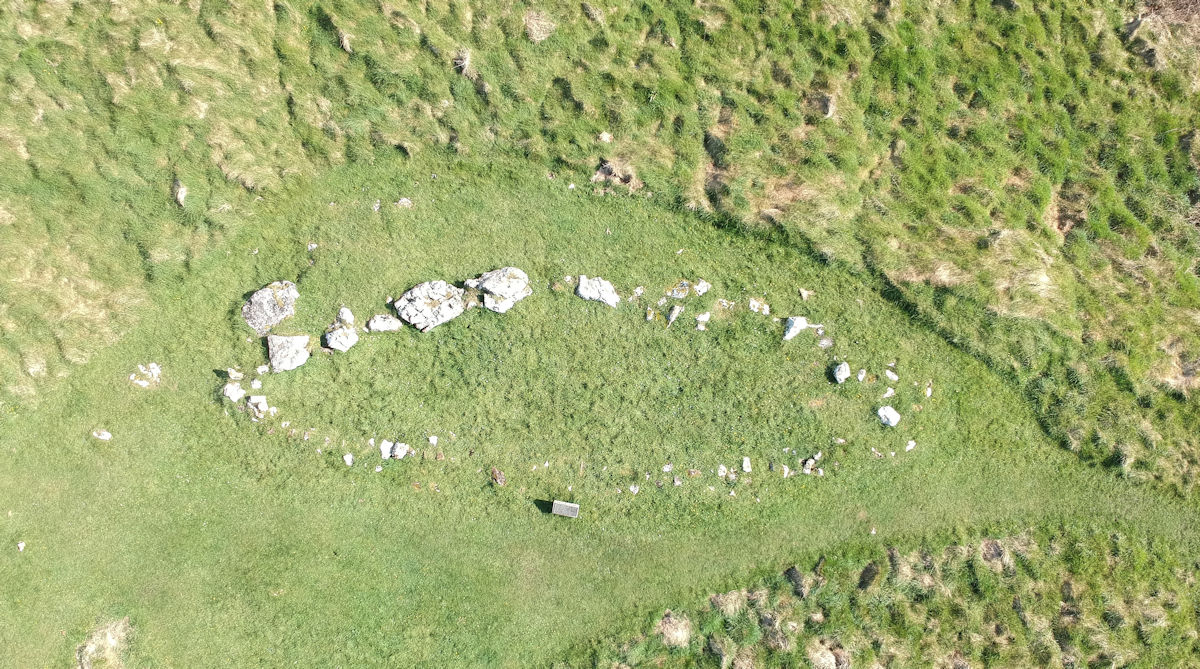 The Balladoole Boat Burial
Image: David Beard
(click on the images to enlarge)

The Balladoole Boat Burial was excavated in the 1940’s by Gerhard Bersu. It is situated at Chapel Hill, Balladoole, which is a site that has a wealth of archaeology. There are a number of Bronze Age burials and an Iron Age hillfort. The hillfort was reused as an early medieval burial ground.

Some of the cist-graves of this cemetery were cut into when the boat burial was created in the late ninth or early tenth century.

There is also a keeill (a small chapel) which dates to the 10th or 11th century.

The burial consists of the skeleton of a male which was laid in a clinker-built oak boat c. 11m long. This was set with a kerb of large stones and the whole burial was covered by small stones. It is likely that the stone mound was covered by a mound of earth, but this has since eroded away.

As already mentioned, the boat burial disturbed a number of lintel-graves which were part of the small earlier Christian cemetery. This is something that also happened at Cronk yn How.

The presence of the other burials complicates the interpretation of the Viking burial. There was evidence of at least three individuals, but the disturbance of the earlier graves during the construction of the boat-grave, and the further disruption caused by considerable burrowing activity by rabbits, means that it is not possible to be certain that this was not a double burial similar to the sacrifice present in the Ballateare burial.

The only weapon found in the grave was a shield. There were two or three knives, a whetstone, a strike-a-light, the buckle and strap-end from a belt, and a ring-headed pin of Irish type, similar to the one found in the Ballateare grave.

There was also a bucket handle made of iron, a pair of iron spurs and cast copper alloy buckles, strap-ends and iron loops for stirrup-leathers. The riding equipment included a set of bridle mounts, indicating that this was the burial of a man of high status. 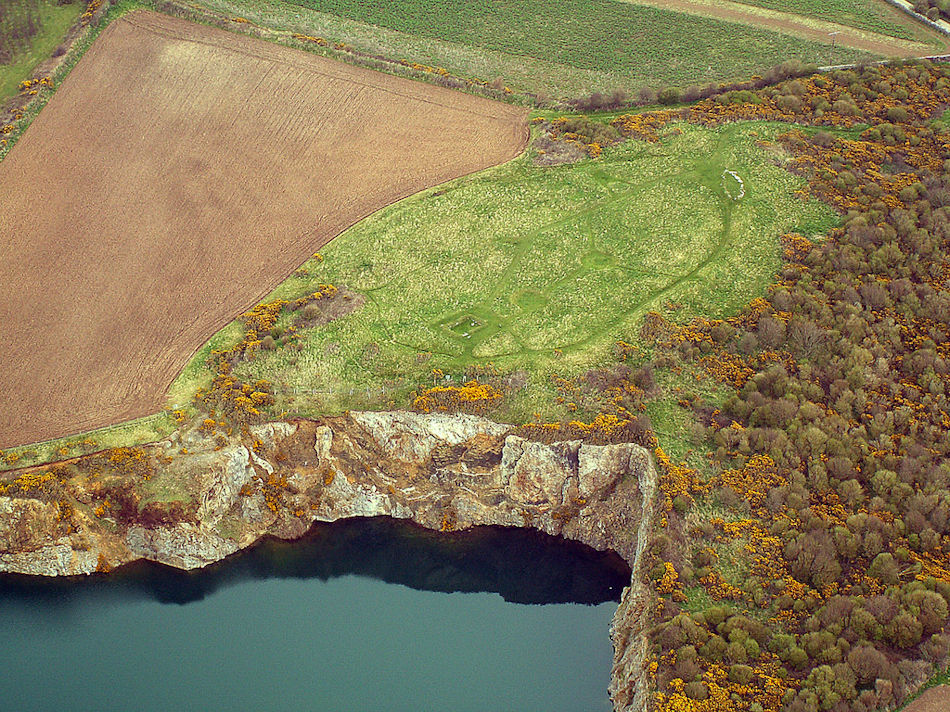 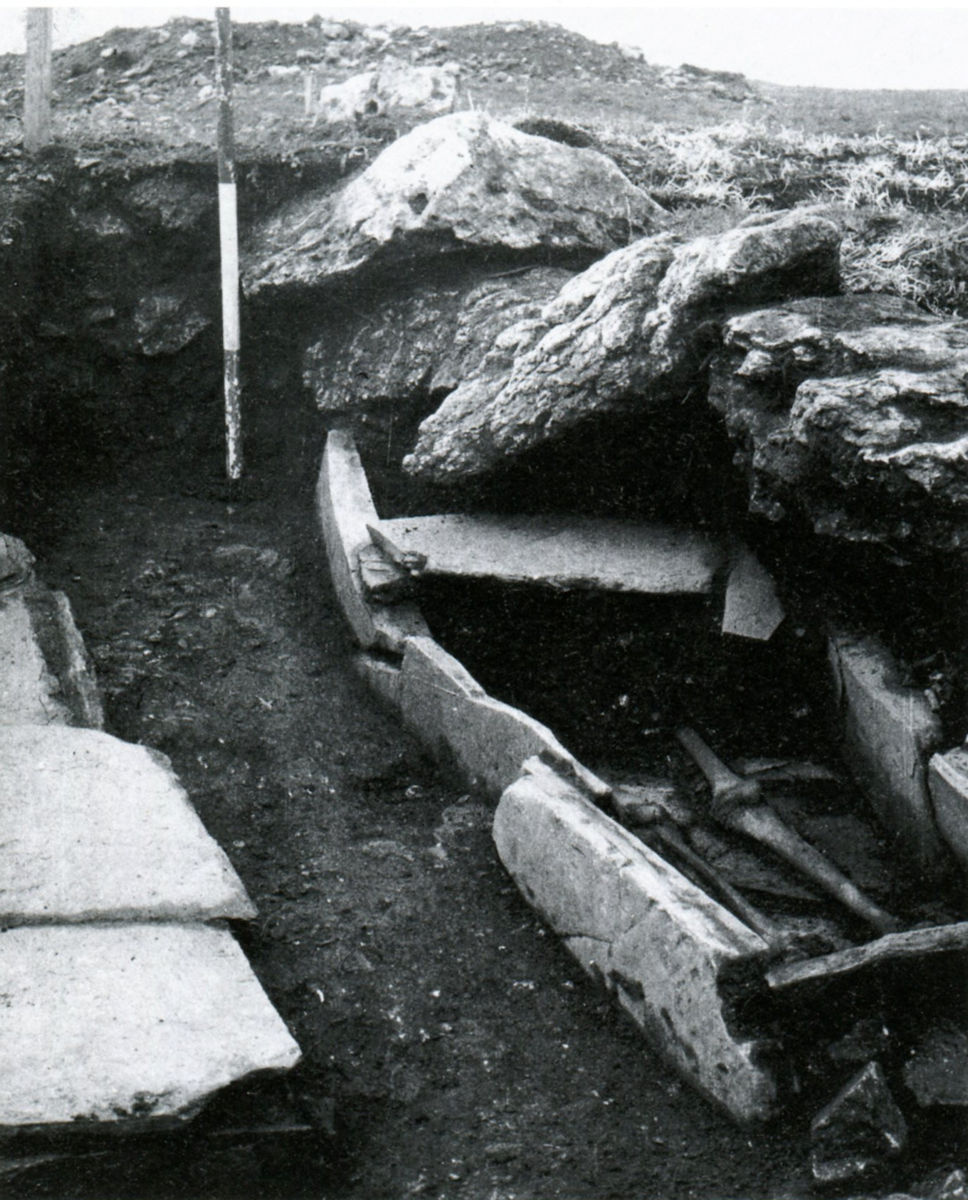 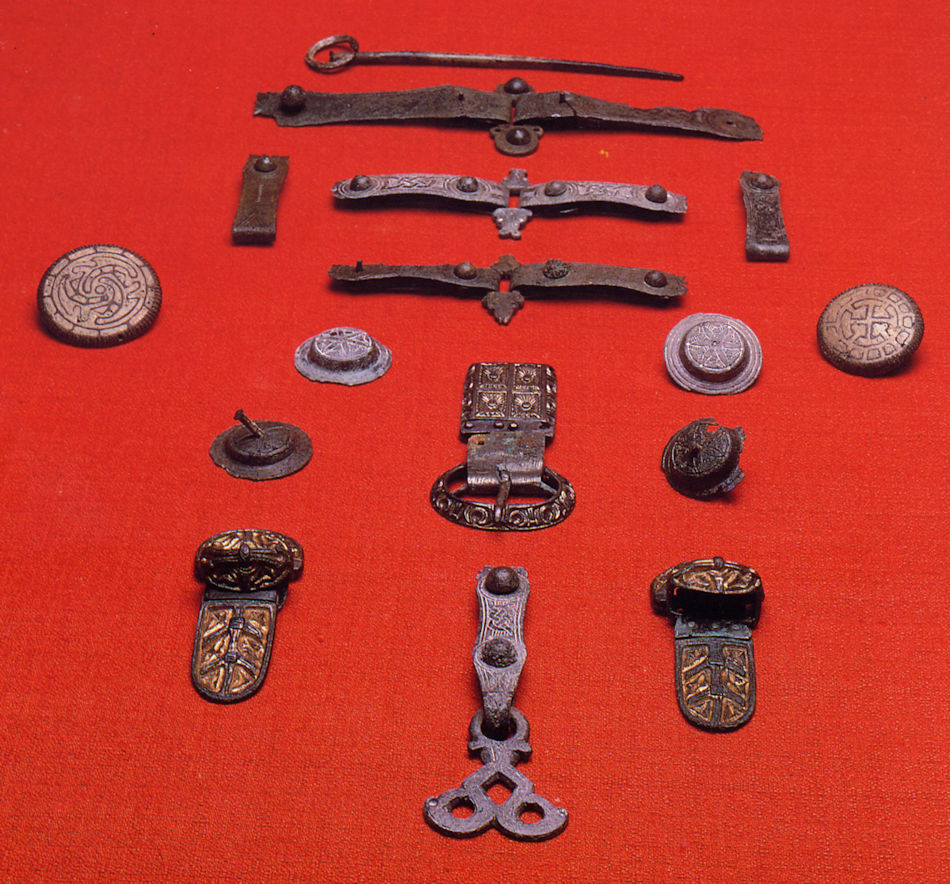