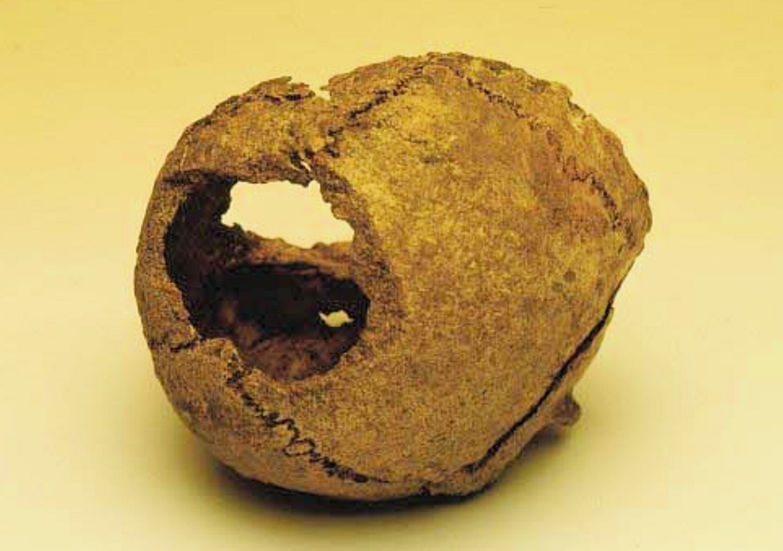 Ballateare was excavated in the 1940’s by Gerhard Bersu. The mound survived to a height of c. 3m, and was c. 12m in diameter.

As the section through the mound shows, a large pit was dug to receive the burial of a male in an oak coffin which was constructed with thin planks. The coffin was covered with a coarsely woven cloth.

The male skeleton was badly decayed, but the teeth suggest that he was aged between 18 and 30.

The man was buried with an iron sword with silver inlay, which had been broken – possibly deliberately in order to ritually ‘kill’ the object. The shield boss in the grave had been hacked twice with an axe, probably for a similar reason. A knife and three iron spearheads were also present.

In the upper level of the mound was a post-hole, which was probably the remains of a grave marker.

Immediately under the turf which covered the mound was a layer of burnt animal bone which included horse, ox sheep and dog, probably some kind of sacrificial deposit.

This level of cremated animal bone covered the much decayed skeleton of a woman aged between 20 and 30. The back of her skull shows heavy trauma, which appears to be the result of a sword blow. This would appear to be a human sacrifice, a rite which is not otherwise known in the British Isles, although human remains at Balladoole may represent another example. 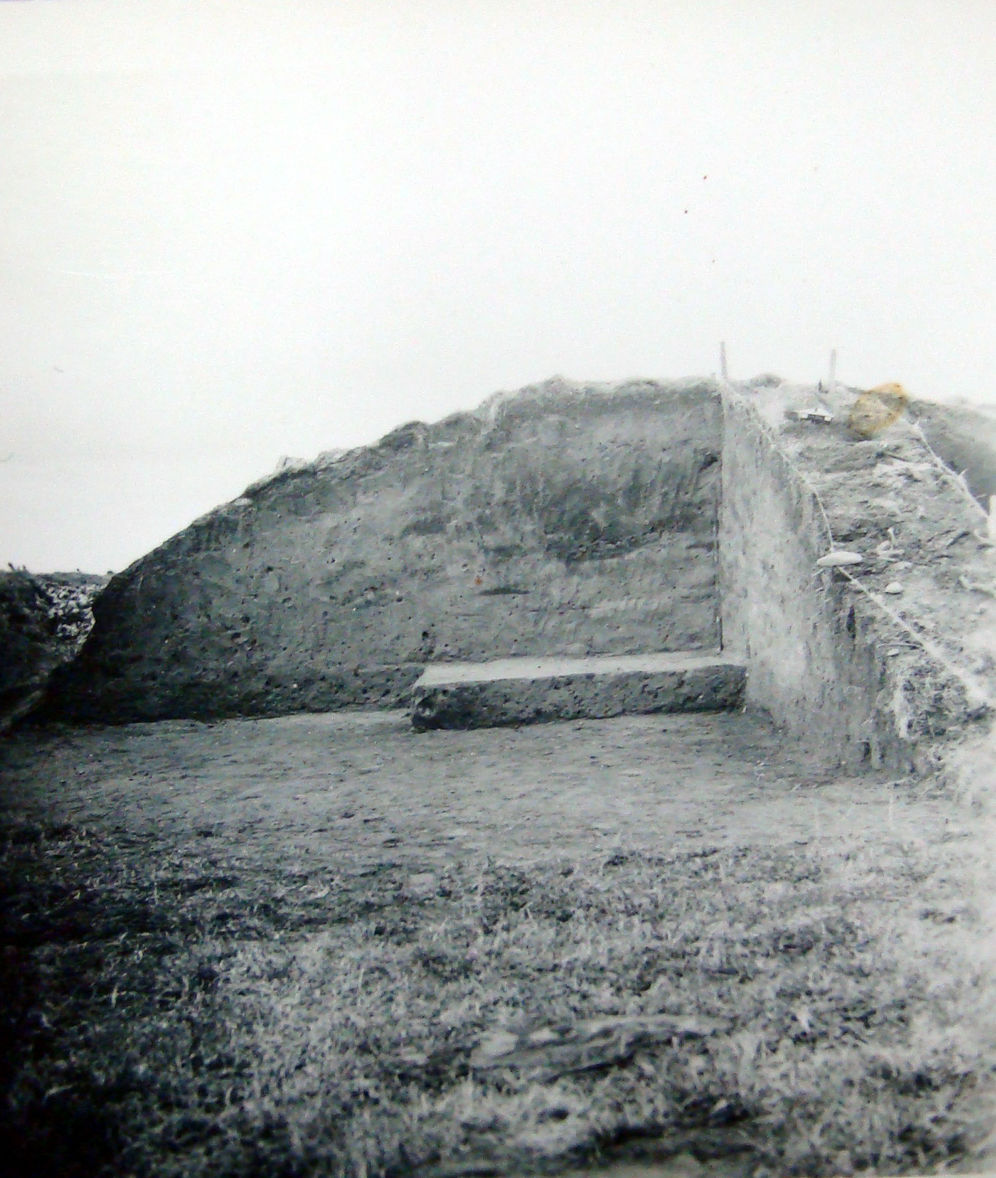 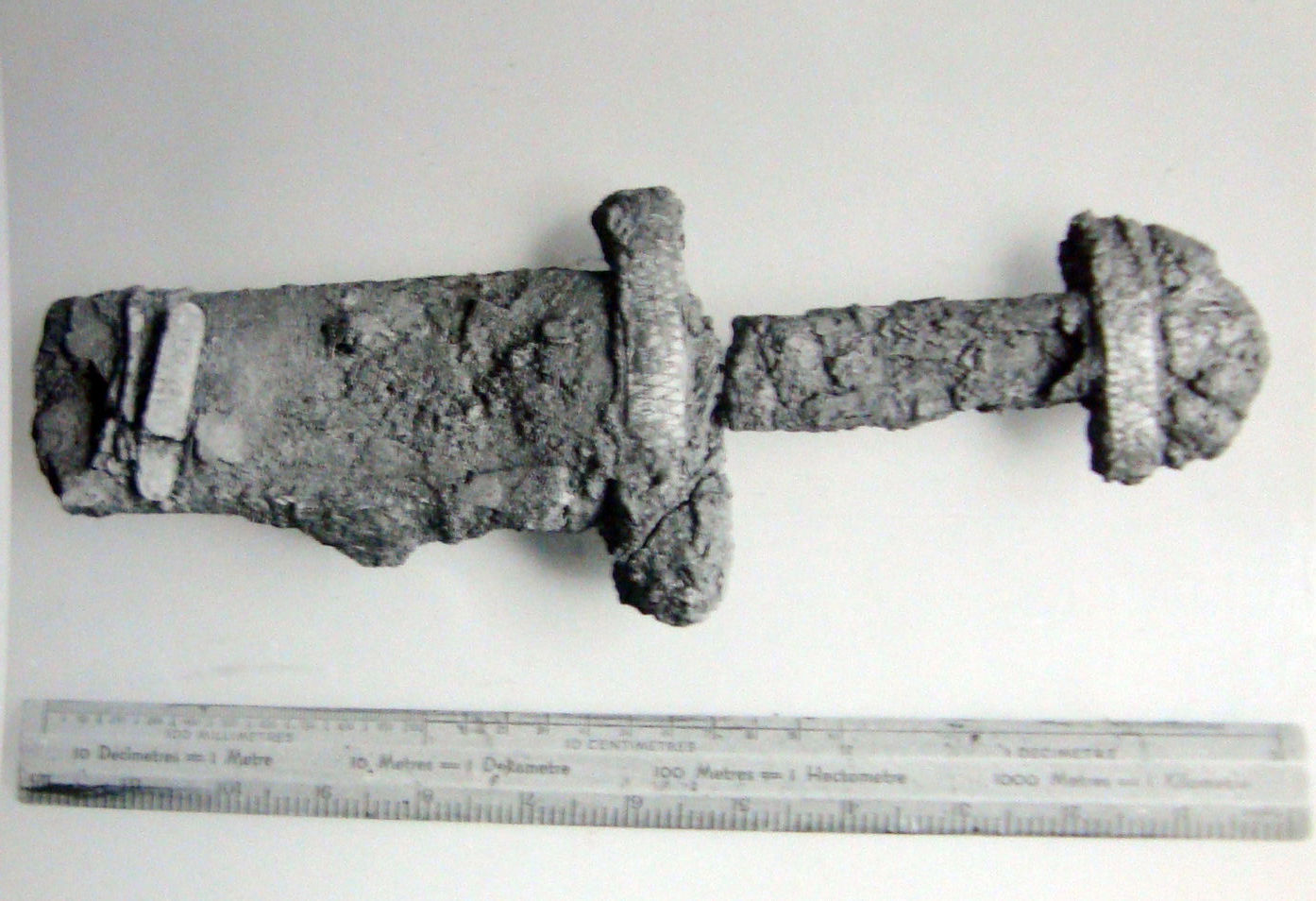