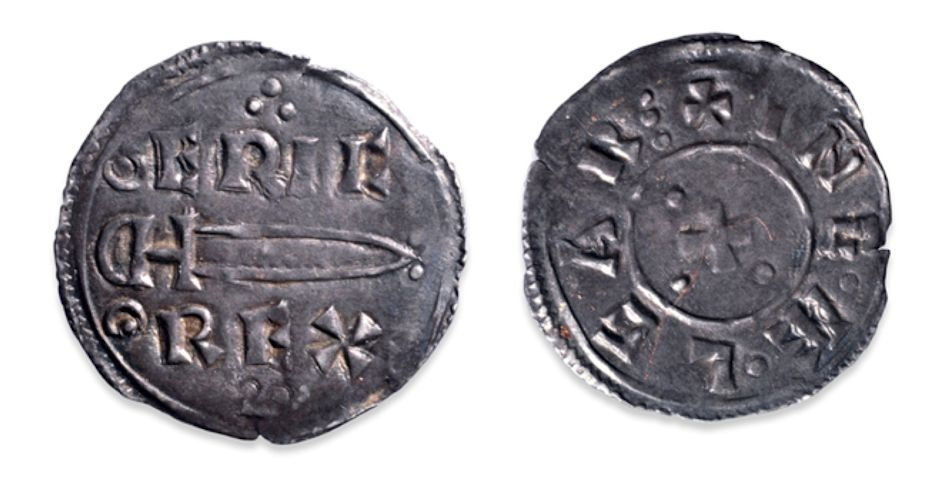 Coin of Eric Bloodaxe
(click on the image to enlarge)

Following King Alfred’s King Alfred’s victory against Guthrum in 878 at Edington and the subsequent baptism of Guthrum, the country was partitioned with the kingdoms of the Mercians and West Saxons on the one side of the boundary, and the Danelaw on the other.

Edward the Elder and his sons were able to subdue the other Anglo-Saxon provinces and so become kings of England.

The military success was reinforced with ceremonial acts. Edgar had a second coronation at Bath in 973 to emphasise the fact that he was the most powerful ruler in Britain. 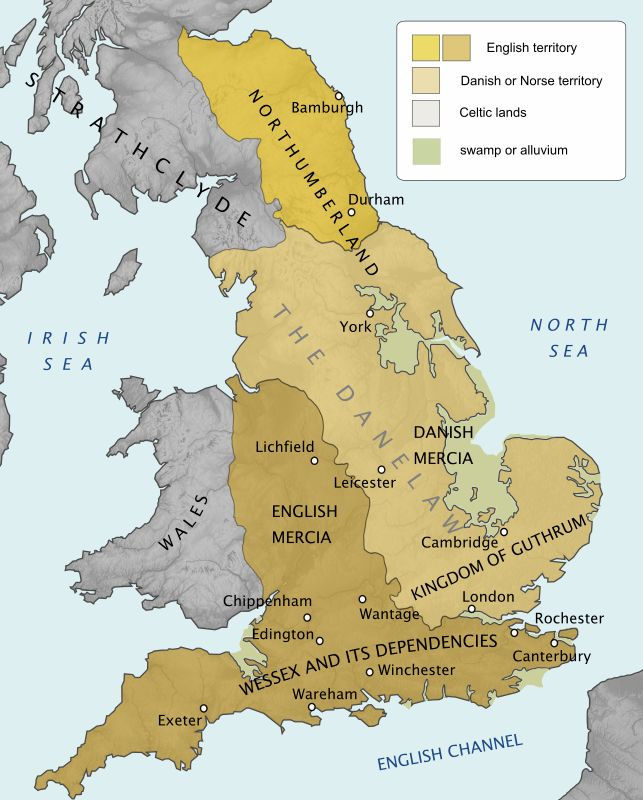 The Boundary of the Danelaw
(click on the image to enlarge)

Next Page: The Peace of Wedmore