A Viking burial from Cnip, Uig, Isle of Lewis 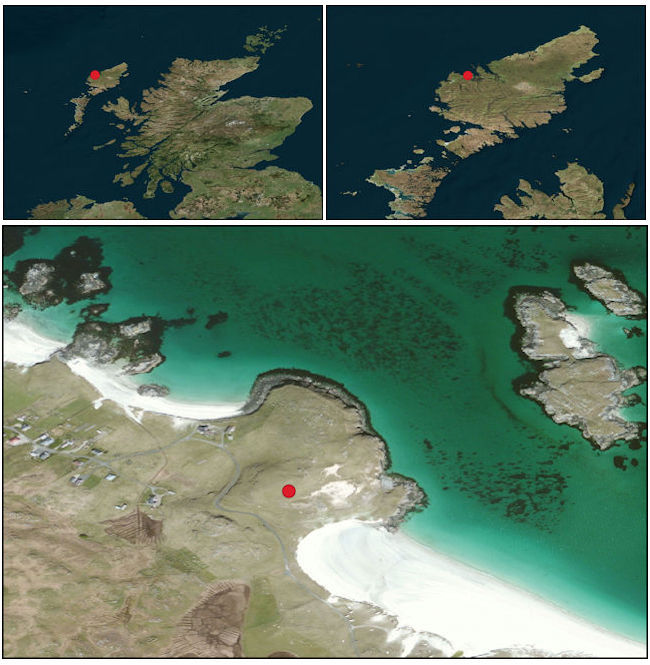 In the summer of 1979 a rich female Viking burial was discovered on the headland at Cnip (also Kneep) near Valtos in the Isle of Lewis.

Owing to the circumstances of its discovery and subsequent excavation, little is known of the context of the burial but sufficient information was recorded to allow a reasonably accurate reconstruction of the disposition of the contents of the grave.

In addition to a pair of gilded oval brooches and a fine assemblage of segmented glass beads, a number of other grave goods were present.

These other grave goods included a ringed pin, a knife, whetstone and needle case, a sickle and a matching buckle and strap-end (see other grave goods). Fragments of textile, of a type commonly found in Norway, were also recovered from the grave.

The grave was dated to the 10th century on the basis of the brooches.

A Viking burial from Kneep, Uig, Isle of Lewis