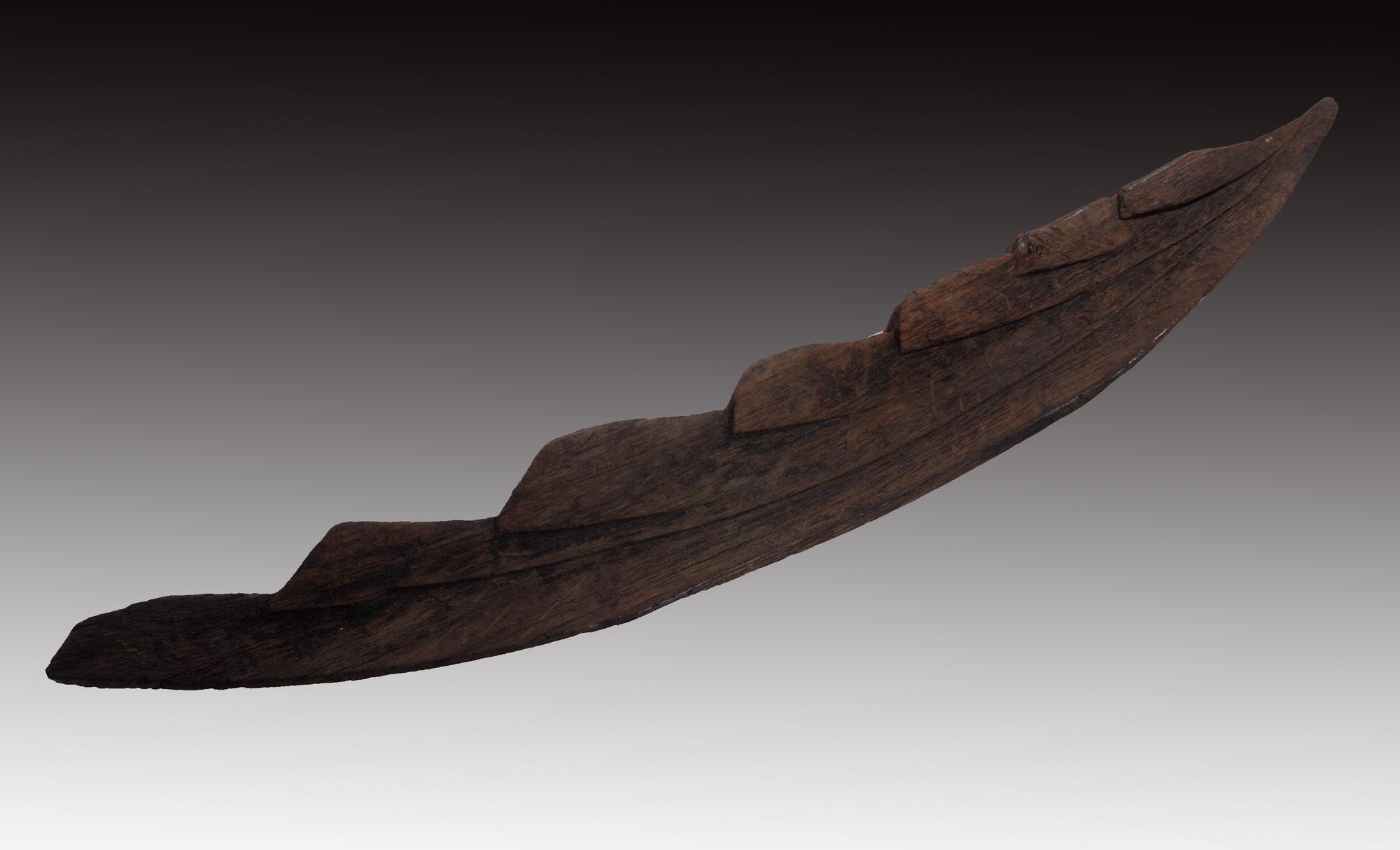 One of the Eigg stemposts
image: National Museums Scotland (click on the image to enlarge)

In 1878 during the draining of a peat bog on the island of Eigg, two Viking Age stemposts for a ship were found.

Each had been made from a single piece of oak with the inner edge cut into steps to take the planks of a boat. Although the posts had been cut to thier finished shape, they had not been used as there were no nail holes in them.

It is probable that they had been placed in the bog to keep them wet until they were to be used.