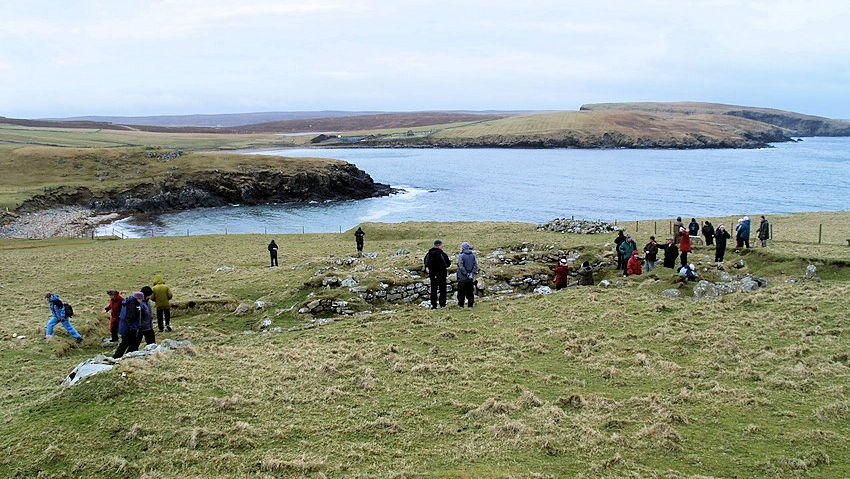 (HP 5733 0438) A habitation site exhibiting evidence of Early Iron Age, Broch period, and Viking occupation, excavated by Small (1967) from 1962 to 1966 under the auspices of RAF Saxa Vord and assisted by Unst Field Club and Aberdeen University Geographical Society.

The original structure on the site was an Early Iron Age hut with an adjacent souterrain covered by a pile of stones.

This was followed, after a definite stratigraphical break by another, larger hut with an associated working area to the SW. The hut was clearly datable by pottery to the period 1st century BC to 2nd century AD, contemporary with the Broch of Underhoull (HP50SE 12) nearby.

Their exact relationship however awaits the excavation of the broch.

The working area produced large quantities of pottery sherds, nodules of worked and partially-worked clay and evidence of iron smelting. There was little or no evidence of a building on the site.

Neither the Early Iron Age nor the broch period hut was fully investigated due to the wish to preserve the massive Viking remains – some of the finest of their type in Scotland.

On stratigraphical grounds it is clear that the site was deserted for some considerable time before its reoccupation by a Viking longhouse – a simple, basically self-supporting farmstead. The boat-shaped plan of the building is characteristic of Phase 1 of the Norse settlement at Jarlshof (HU30NE 1), ie AD 800-850. Additions, re-constructions and modifications (including a probable corn-drying chamber at the NE corner of the house) indicate occupation over a considerable time, probably stretching into the 10th century.

A number of small mounds encircle the flat areas around the house. Although covered with field-clearance stones, excavation suggests that they were hay-drying ricks. Local tradition names the site ‘Kummel Field,’ probably from these mounds.

A small boat noost, 4′ deep, occurs near the centre of the head of Burga Bay, but there is no means of dating its construction. 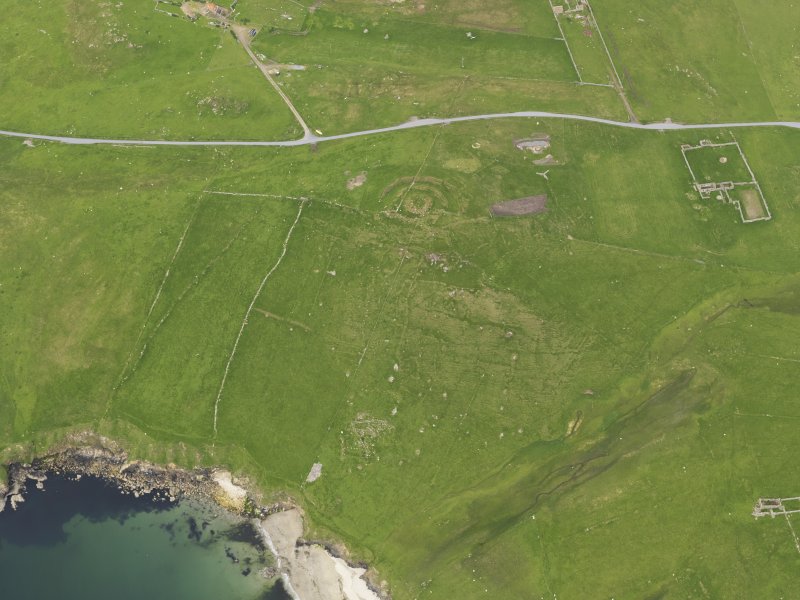 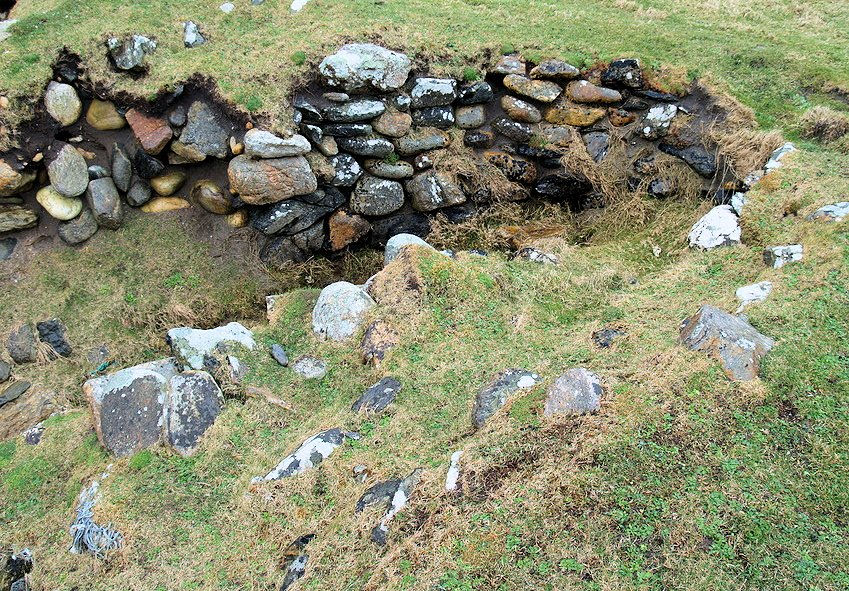