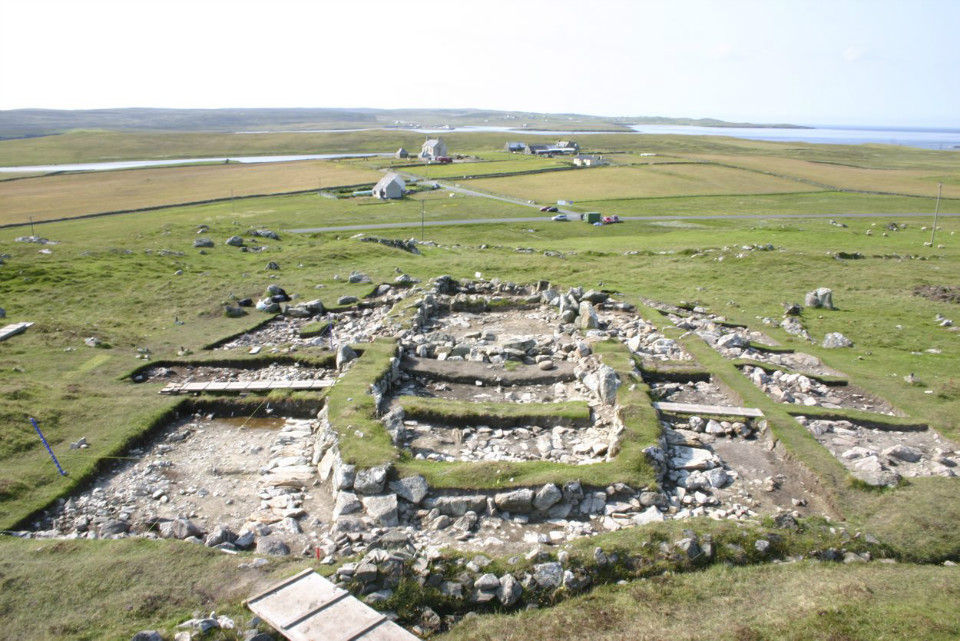 Excavations at Belmont, Unst (HP 5683 0070) revealed a longhouse c 22 x 5m (internally), believed to be of 9 to 10th-century date. The building had curved walls of c 1m in thickness and was aligned downslope.

A smaller Late Norse house with a length of c 12m was later built on top of the Viking structure. The investigations revealed traces of other buildings and the site was enclosed by a small stone dyke.

The majority of the finds from the excavations were of stone, especially steatite and schist. They include a number of sherds of steatite vessels, sinkers, spindle whorls, a hanging lamp and a miniature millstone.