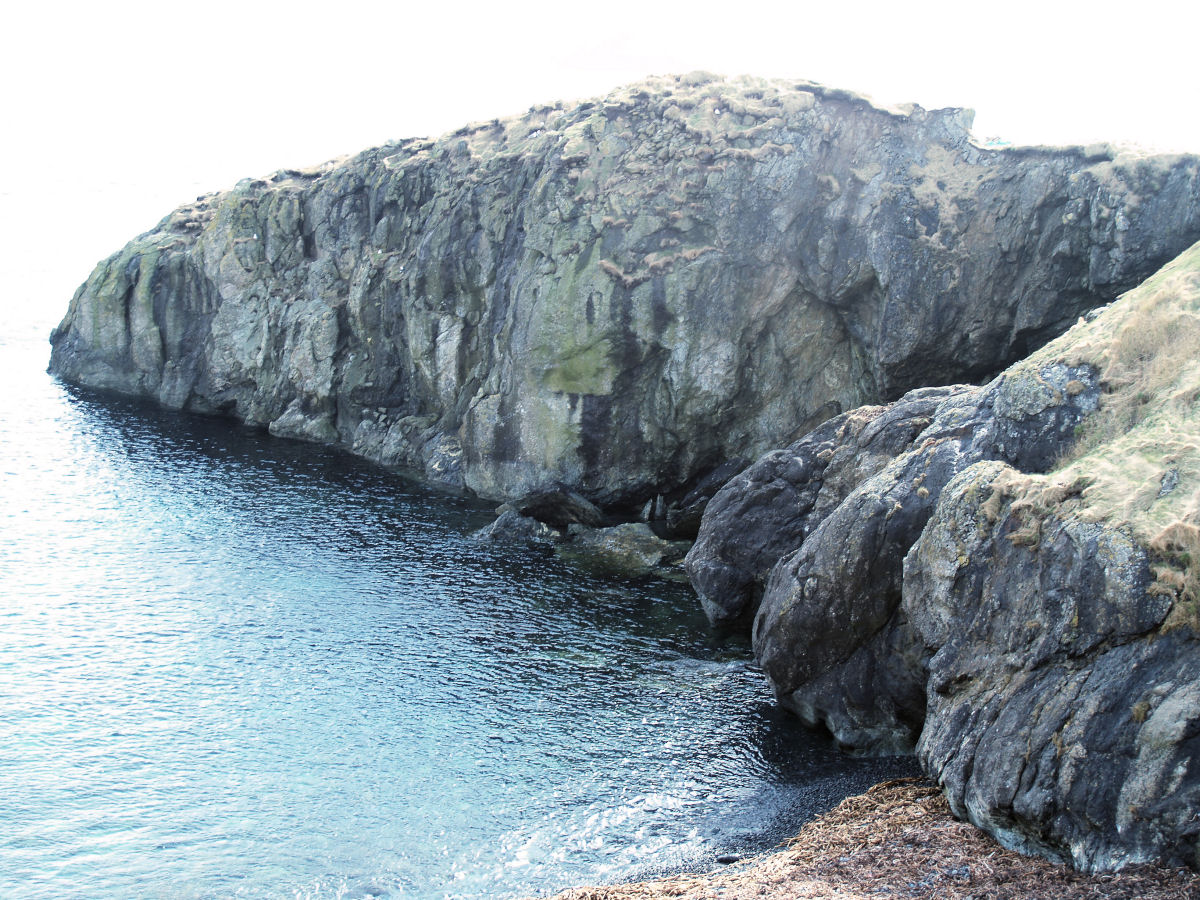 Steatite workings at Clibberswick –  image: David Beard
(click on the images to enlarge)

During the Norse period in Scotland, outcrops of steatite were quarried at several locations on Shetland, the most extensive being those on the banks of the Catpund Burn in Cunningsburgh on South Mainland. Here steatite was removed in regular-sized blocks then shaped into vessels of a variety of forms. Such vessels have been recovered during excavations at Jarlshof some 18km to the south as the crow flies.

Steatite is a soft metamorphic rock composed mainly of mineral talc. The name is derived via Latin from the Greek for steatites, meaning precious stone. Its more common name, soapstone, gives the clue to its soft and slightly greasy texture that makes it easy to carve and readily fashion into bowls and containers. In an area where clay for pottery was relatively uncommon, steatite was highly prized, and indeed all the more so as it has excellent heat-retaining properties. In Shetland steatite is known as ‘kleber’, from the Old Norse term for ‘stone’.

Steatite workings can be seen on the rock outcrops to either side of the Catpund Burn extending eastwards from its source in the hills to the shoreline below covering a distance of almost 1km. In places, the workings are visible as round and rectangular depressions cut into the rock face from which blocks have been removed, while elsewhere they remain as projecting blocks that have been partially cut but were never fully extracted. From this, it appears that the quarrying technique was to carve out roughly the basic shape of the vessel – creating its sides and bottom as if it were upside down on the rock – before then removing the block, hollowing out the interior and smoothing off the sides. The chisel marks left by this process can still be seen on the rock faces and there are mounds of discarded waste chippings flanking the gully of the burn.

You can find out more about steatite working in Shetland at:
In Depth – Steatite in Shetland

There is also a female Viking Period Grave from Clibberswick. You can find details here… This steatite lamp was broken before completion and therefore discarded. Excavations by Anne- Christine Larson at Belmont found that the floor of the longhouse was littered with waste from steatite working.
Photograph by Dr. Val Turner, Regional Archaeologist, Shetland Amenity Trust 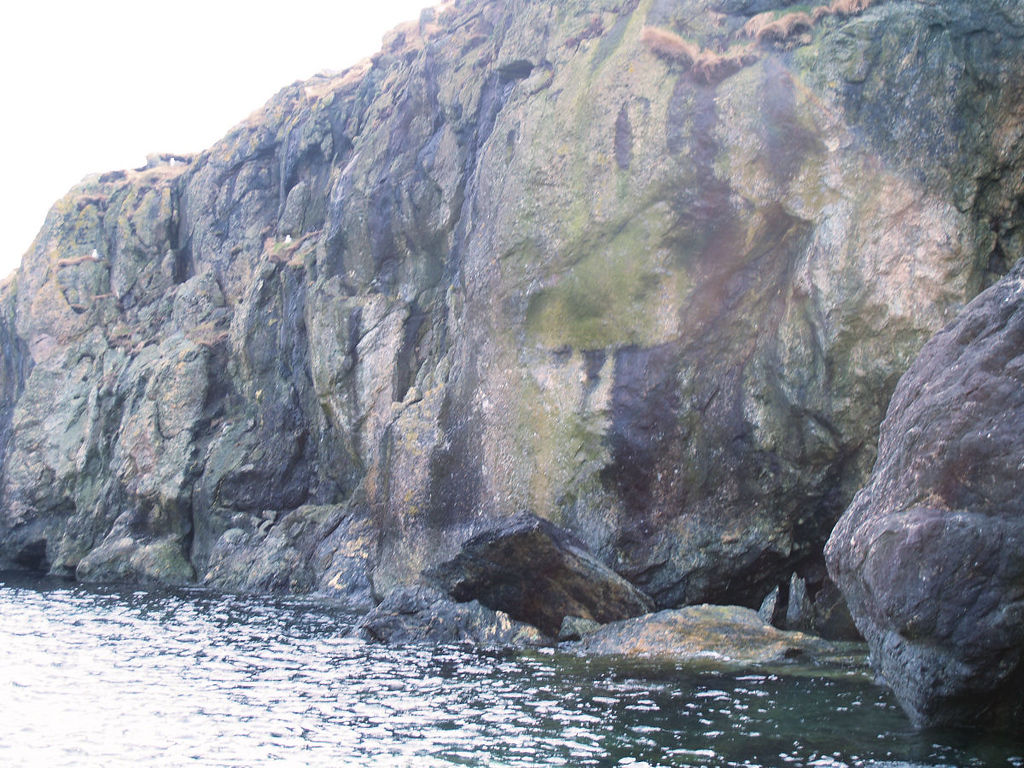 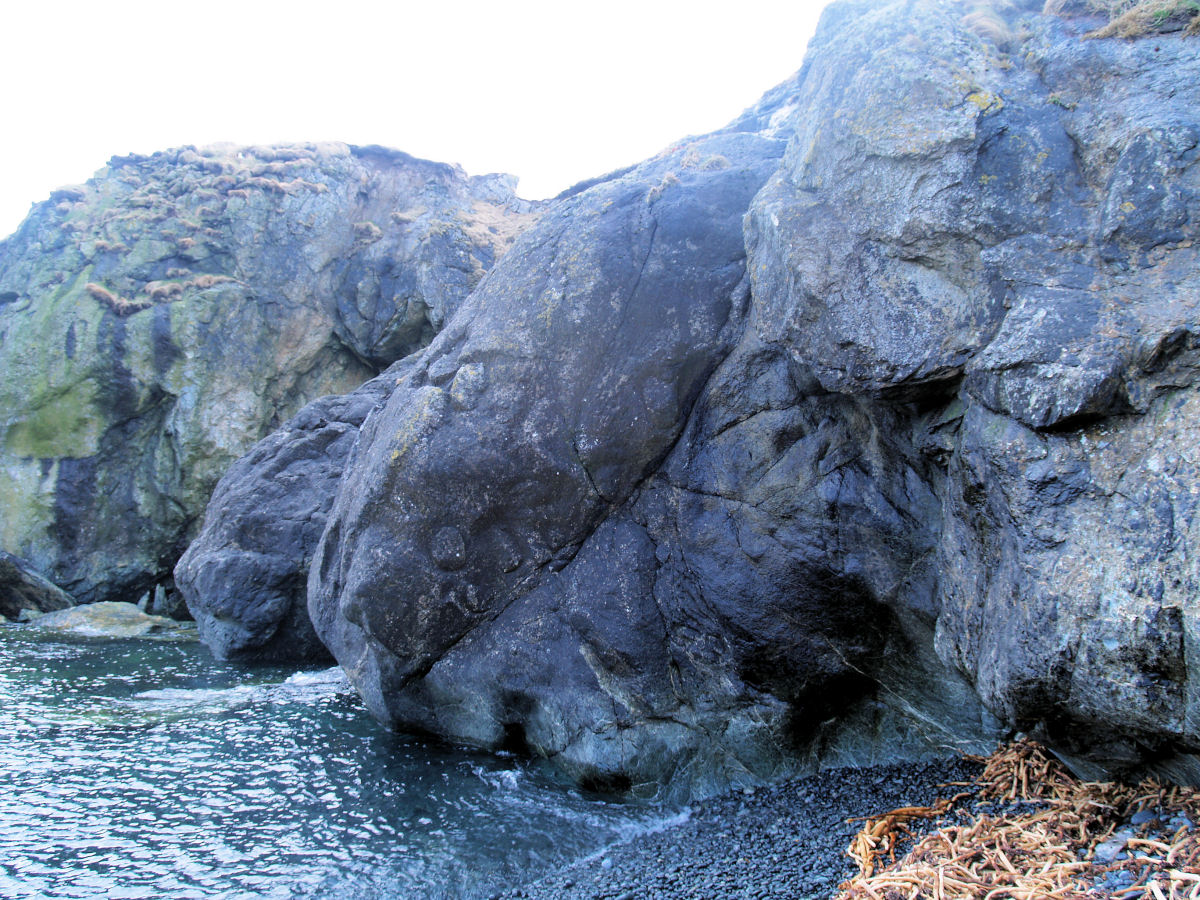 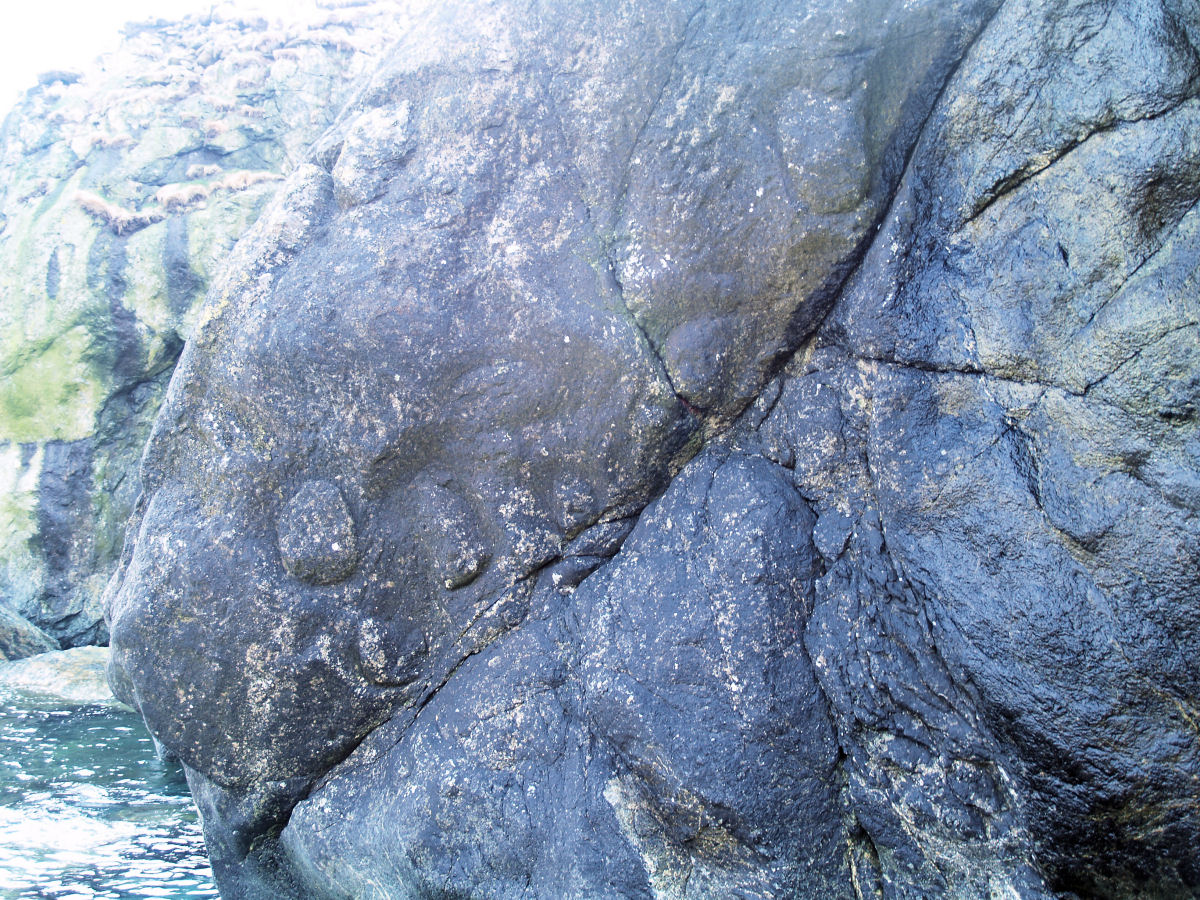