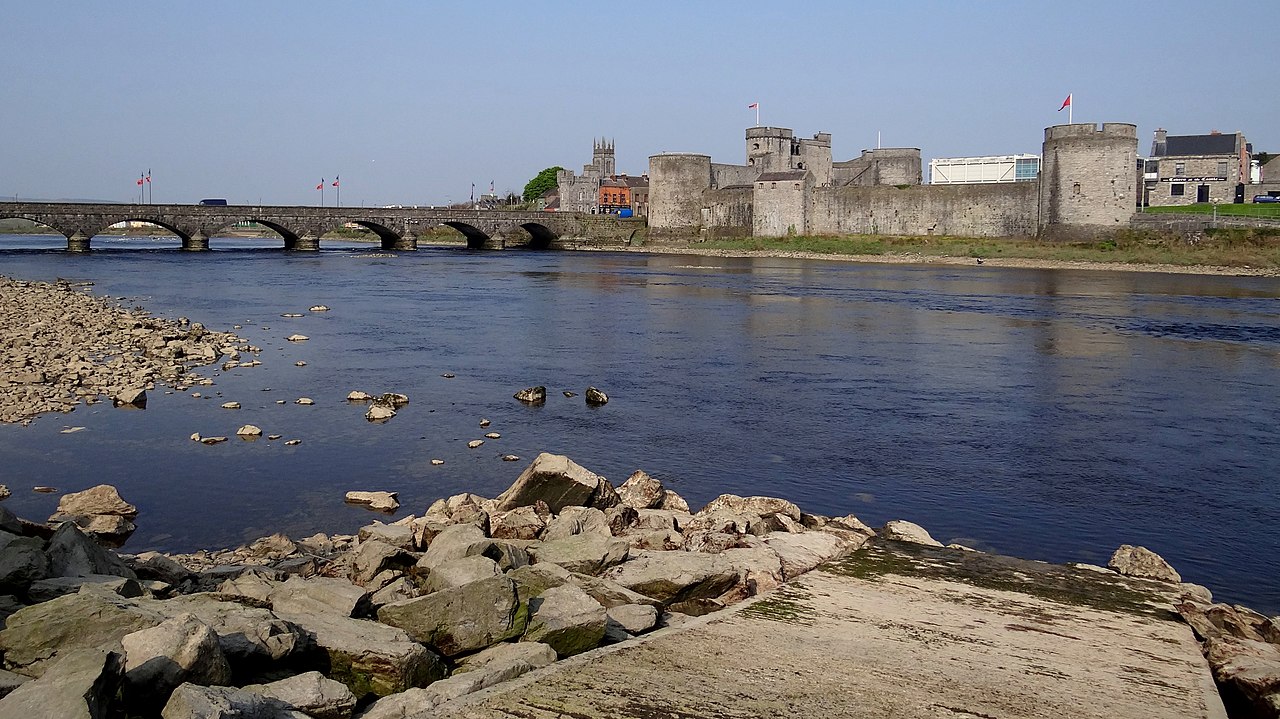 King John’s Catle on the River Shannon
Image: Wikimediea (click on the images to enlarge)

The Vikings started raiding long the River Shannon in the 9th century. Documentary sources suggest that a Viking named Yorus established a longphort near Limerick in 861, but to date this site has not been identified.

However, earthworks have been identified on the banks of the River Shannon at Fairyhill, just north of Limerick city. The earthworks, which are just below the tidal limit of the river, are silted and eroded. A detailed topographic survey revealed ‘D’-shaped defensive banks and ditches enclosing a low mound. The site is adjacent to St Thomas’s Island at a ford leading to the city via Athlunkard Street—hence the local placename Athlunkard (‘ford of the ship fort’).

The permanent settlement appears to have been established in 922AD by Tamar MacAilche. The Vikings were craftsmen and traders, and it is this picture, as opposed to their traditional characterisation as plunderers, that emerged from the murky depths of the Abbey River. A silver penny minted for King Cnut, dating from AD 1035, is illustrative of trade and exchange between Limerick and London, where the coin was minted almost a thousand years ago by King Cnut’s moneyer, Edwine. A Viking strap end and zoomorphic mount dating from the early eleventh century are demonstrable examples of the fine metalworking technology of the time. The Viking artefacts are the earliest dated objects found in the Abbey River on the Limerick Main Drainage Scheme.

The Sack of Viking Limerick 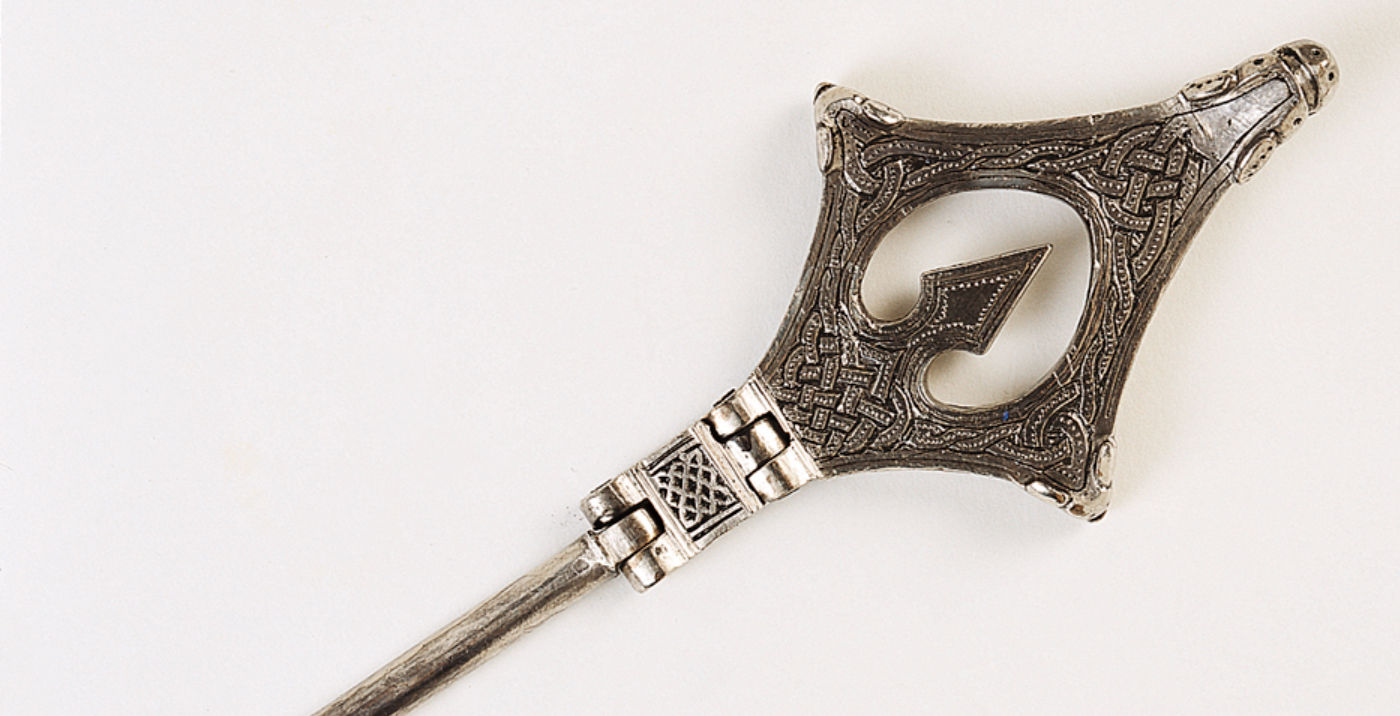