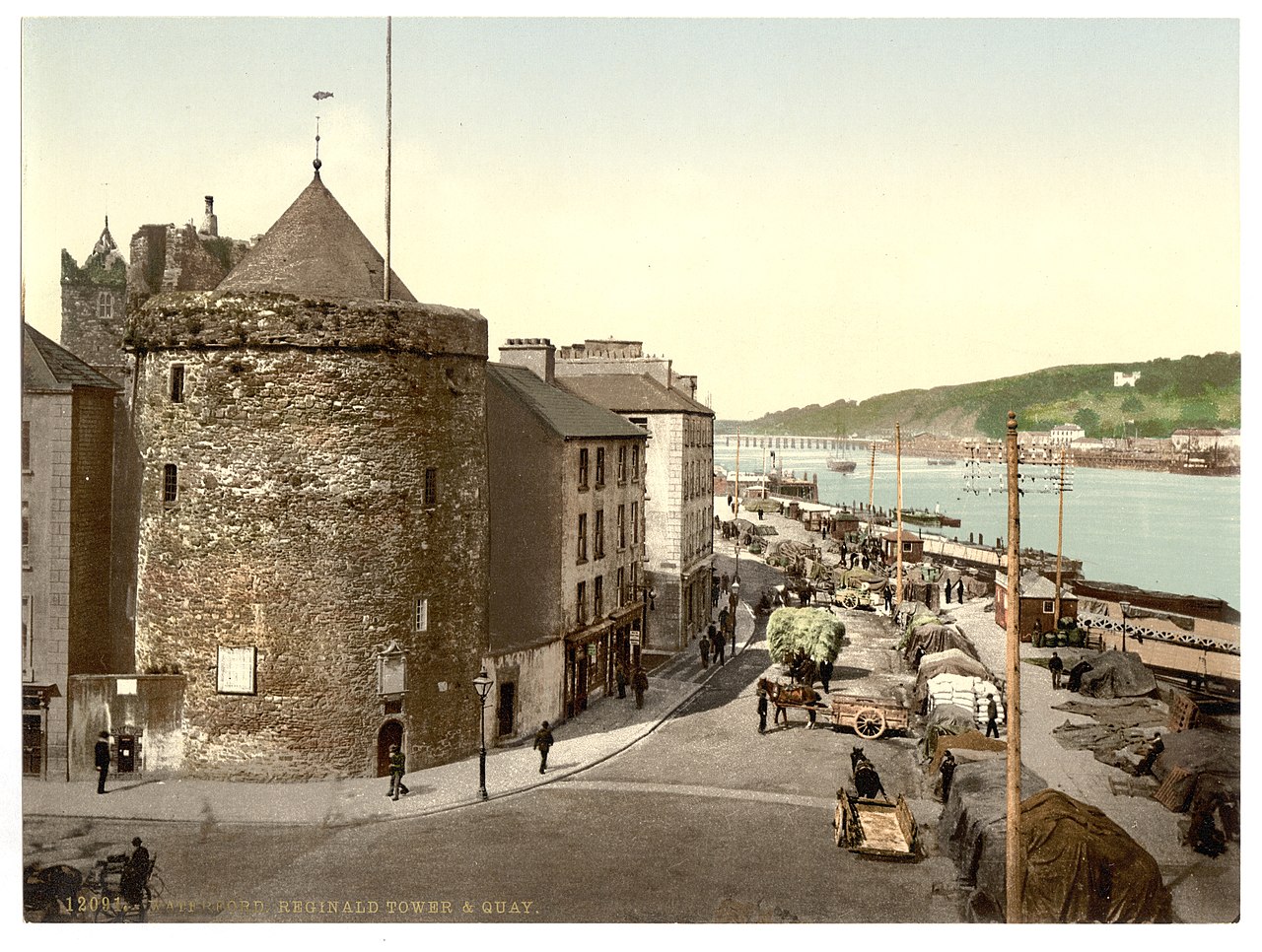 Reginald’s Tower an Anglo-Norman tower that replaced a Viking fortification
Image: Wikimedia (click on the images to enlarge)

Excavation in the 1980s showed that Waterford was already a densely settled town by the mid-eleventh century. The town was defended by a ditch and bank and streets fronted with houses were also in existence by this time.

There were two main thoroughfares approximately where Peter Street and High Street are today. Part of Peter Street has been excavated and found to be surfaced with small stones and to be over 2.5 m wide.

Most of the houses in Waterford were of the three-aisled type, with clay floors and wattle walls similar to the type of houses found in Dublin.

Like Dublin, the town of Waterford was preceded by a longphort. This was discovered at Woodstown in 2003 during archaeological work in advance of road building.

The Viking Triangle is the name given to the oldest part of Waterford. The Triangle extends along a 500 metre length and has at its apex Reginald’s Tower, the only monument in Ireland named in honour of a Viking. It is bordered by the River Suir, the Mall and Cathedral Square, and in April 2010, the government of Ireland announced that funding of almost €9 million has been provisionally allocated under Fáilte Ireland’s Tourism Capital Investment Programme for the development of museums and other tourist attractions in the area.