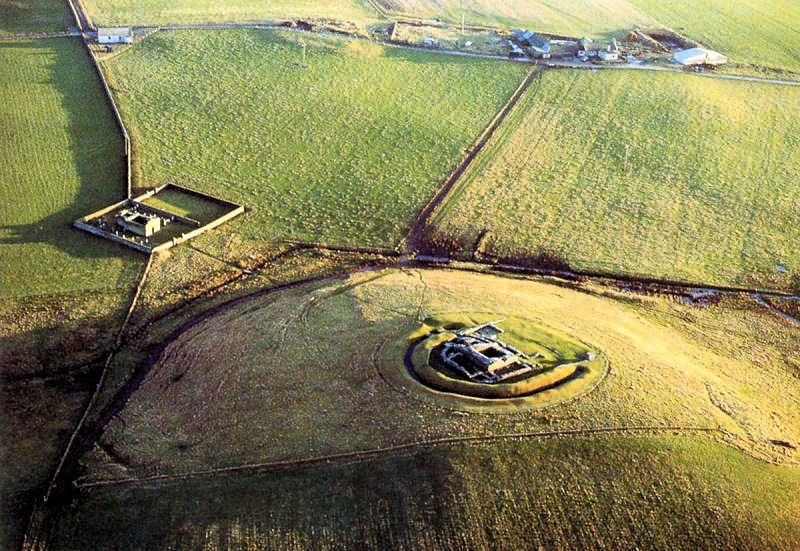 The name Cubbie Roo refers to a legendary giant in Orkney folklore:

“In the days of miracles and other supernatural appearances there lived a mighty giant named Cubbierow beside the Fitty Hill of Westray. He seems to have had a feeling of enmity towards some unlucky individual, and was determined to punish him severely.

Although his foe had fled to Rousay, a distance of about eight miles, the giant took up his position on Fitty Hill; and seizing the huge slab, he hurled it at his enemy across the intervening sound…the marks of Cubbierow’s fingers are to be seen on that stone unto this day.”

However, the origins of Cubbie Roo can be found in the Orkneyinga Saga which refers to Kolbein Hrúga, a Norse Chieftain who settled in Orkney c. 1142. Kolbein Hrúga was a large, powerful man – Hrúga means ‘heap’ in Old Norse.

Orkneyinga Saga states that he built himself a defensive structure on the island of Wyre:

“At the time there was a very able man called Kolbein Heap farming on Wyre in Orkney. He had a fine stone built fort, a really solid stronghold.”

One of Kolbein’s sons, Bjarni, became Bishop of Orkney and was responsible for the relocation of the remains of the murdered Earl Rognvald from Caithness to their final resting place in the St Magnus Cathedral.

The fort that Kolbein Hrúga built is one of the earliest stone built castles in Scotland. The original structure consisted of a simple stone tower, c. eight metres square, with walls 1.7 metres thick. It was surrounded by a series of ramparts, consisting of a ditch, earthworks and a stone wall.

The structure is mentioned in Haakon’s Saga, which describes the castle as a difficult place to attack. 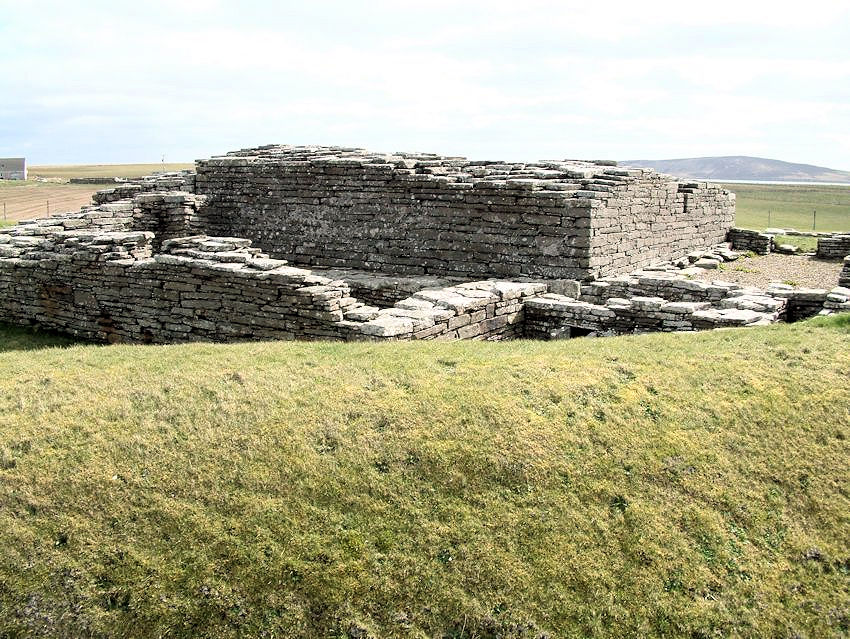 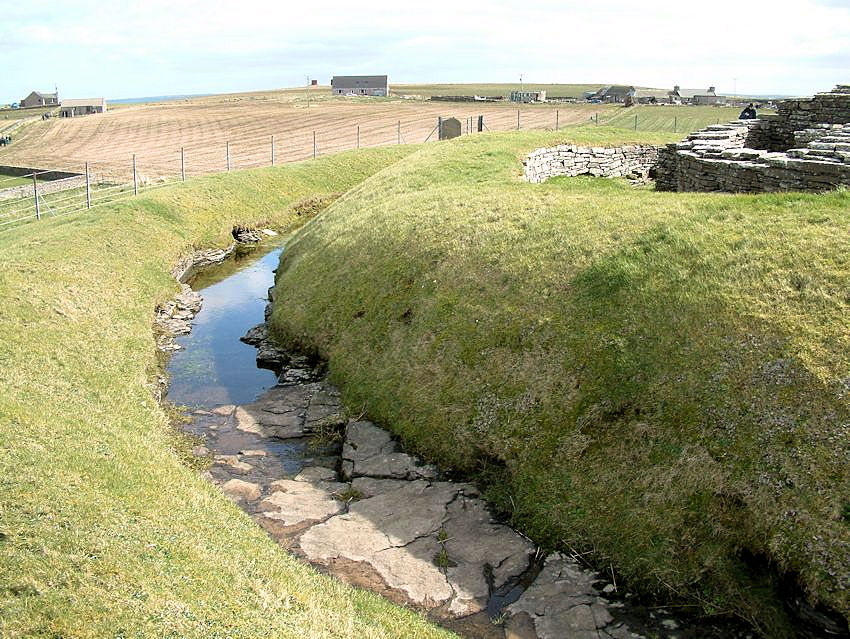 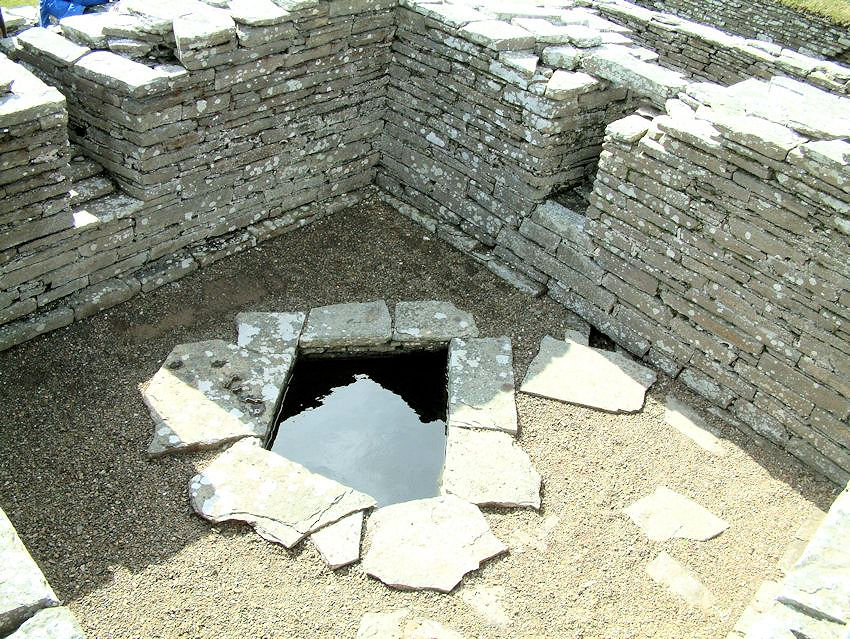