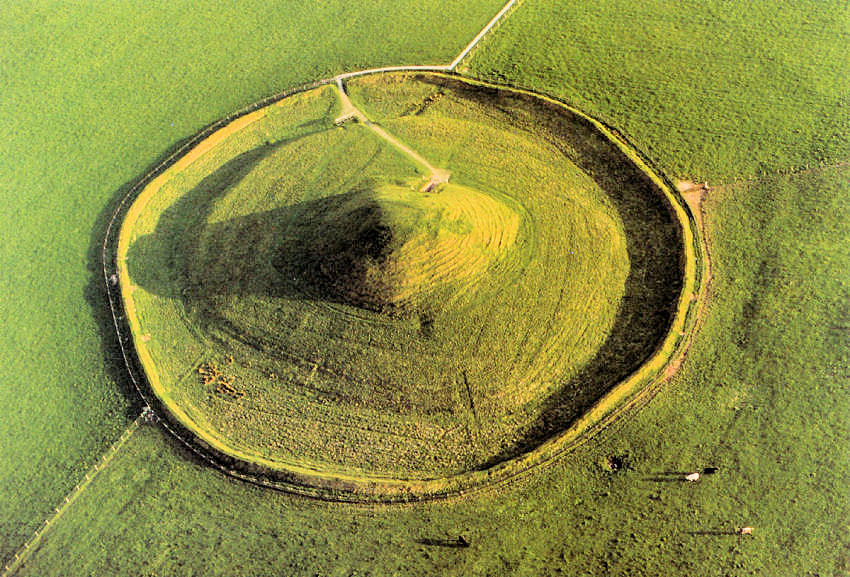 Maeshowe – Aerial view
image: The Afrinik
(click on the images to enlarge)

The Neolithic burial chamber of Maeshowe is situated in the Parish of Stenness, Orkney.

The burial mound lies about 500 metres from the shores of Harray Loch and is the largest chambered cairn in Orkney.

The site was excavated in 1861, and it was taken into state care in 1910, when a concrete roof was added to protect the monument.

Maeshowe is also famous for its Viking Age runic inscriptions. There are 30 inscriptions in the central chamber, making this one of the largest and most famous collections of runes in Europe.

A reference in Orkneyinga Saga chapter 93 tells how men sheltered in Maeshowe (or Orkahaugr, as the Vikings named it). According to the Saga, two of the men went mad while sheltering there.

Another inscription, on the north east side of the chamber, claims that “crusaders broke into this howe”. This has been linked to Earl Rognvald and his men, who made a crusade to the Holy Land after the murder of Earl Magnus. 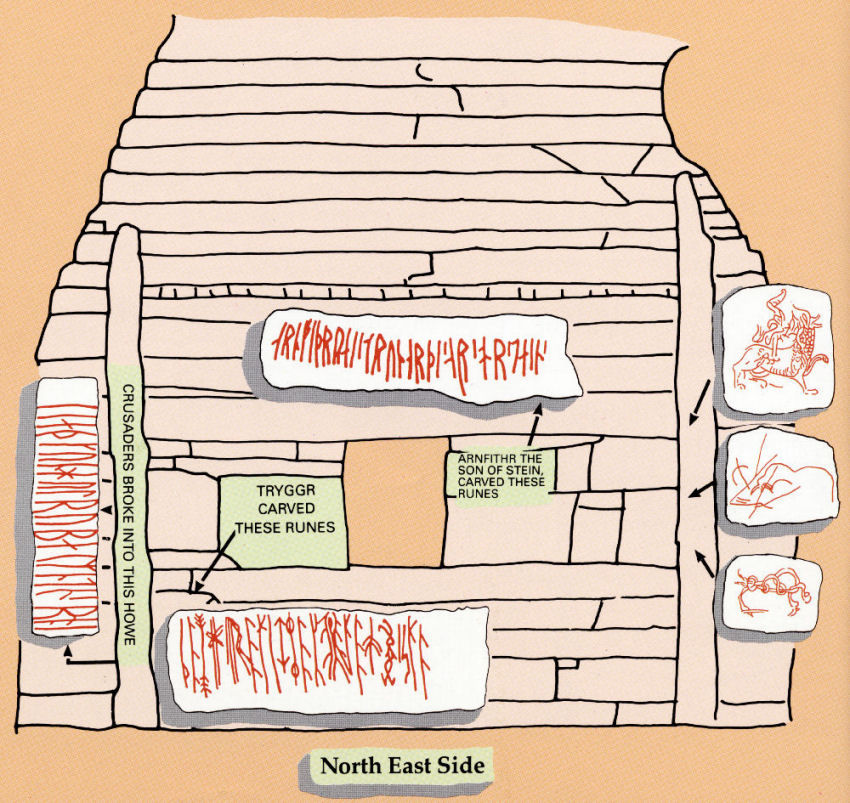 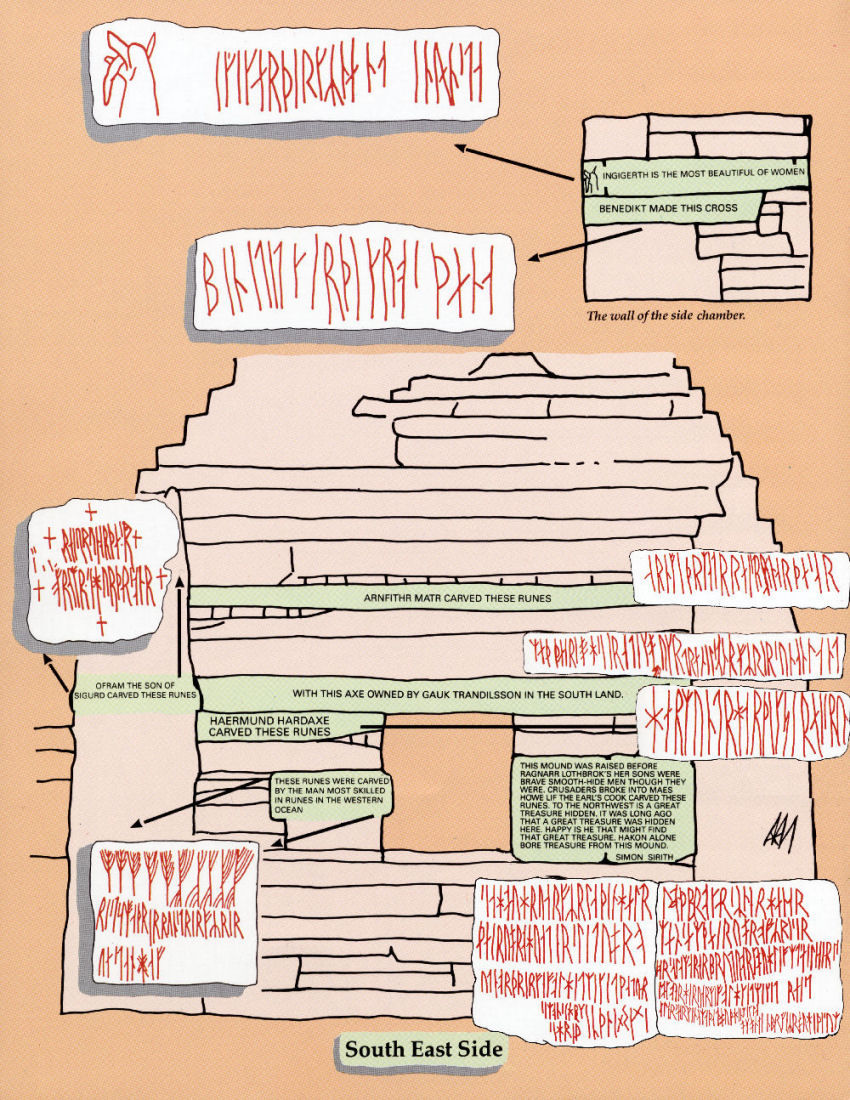 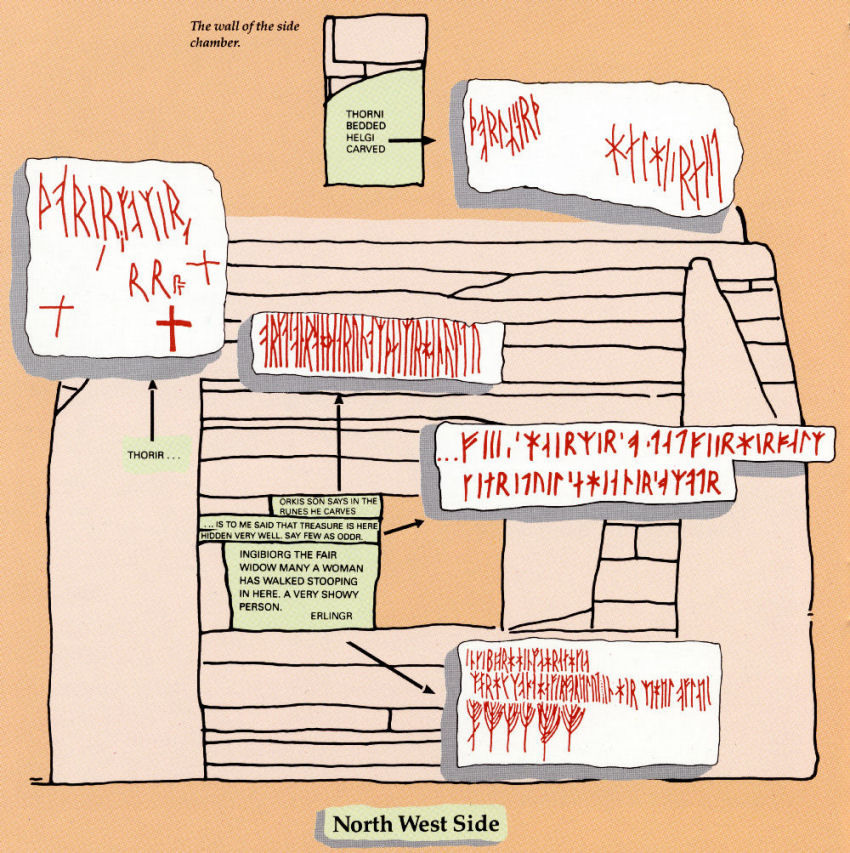 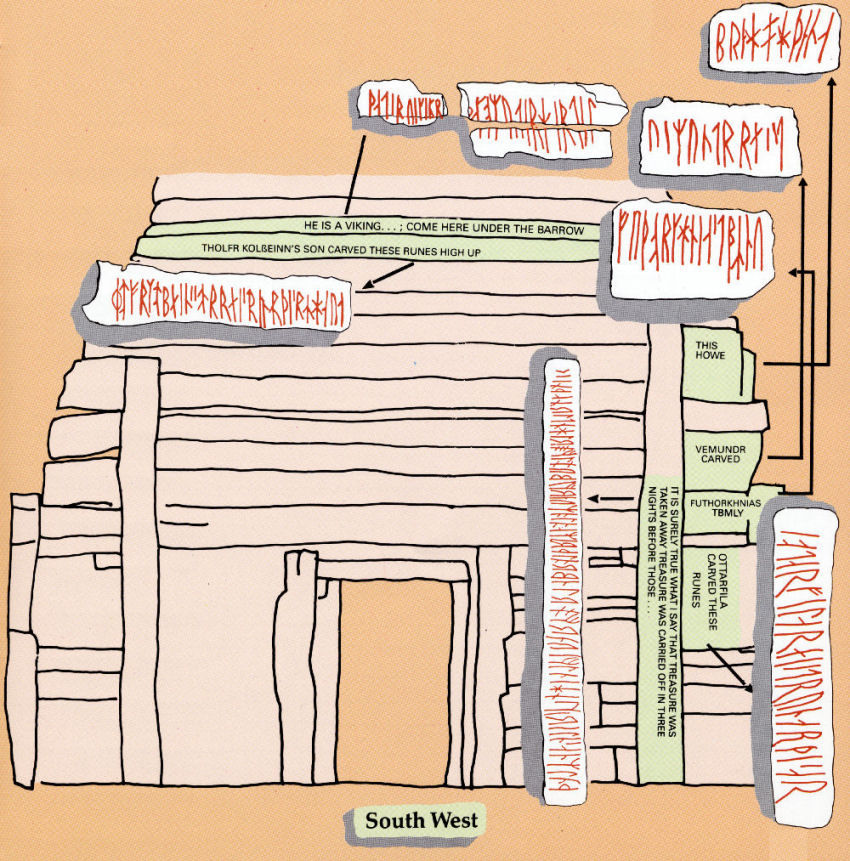