Between the 16th-19th centuries a succession of human burials came to light in the area around Pierowall. These were exposed by a combination of sand quarrying and wind erosion. They were identified at the time as the remains of ‘Danes’ by their rich grave goods (Wallace, 1883).

The nature of the burials and accompanying grave goods were noted by several informants, including Ben, Wallace and Low. The graves were said to have contained the remains of humans and animals, such as horses, dogs, sheep and cattle, alongside weaponry and personal items such as jewellery and combs.

In the 19th century these graves became the focus of antiquarian interest and a number were excavated. A review of the surviving evidence by Thorsteinsson (1968) has demonstrated that at least seventeen graves were located, organised in to three groups.

This ‘cemetery’ can now be seen to represent the largest known group of pagan Viking graves in Scandinavian Scotland. The grave goods have largely been lost; those that survive are scattered between the National Museum of Scotland in Edinburgh, Sheffield City Museum and the Pitt-Rivers Museum, Farnham. Nothing of the ‘cemetery’ is now visible and its exact location remains uncertain. 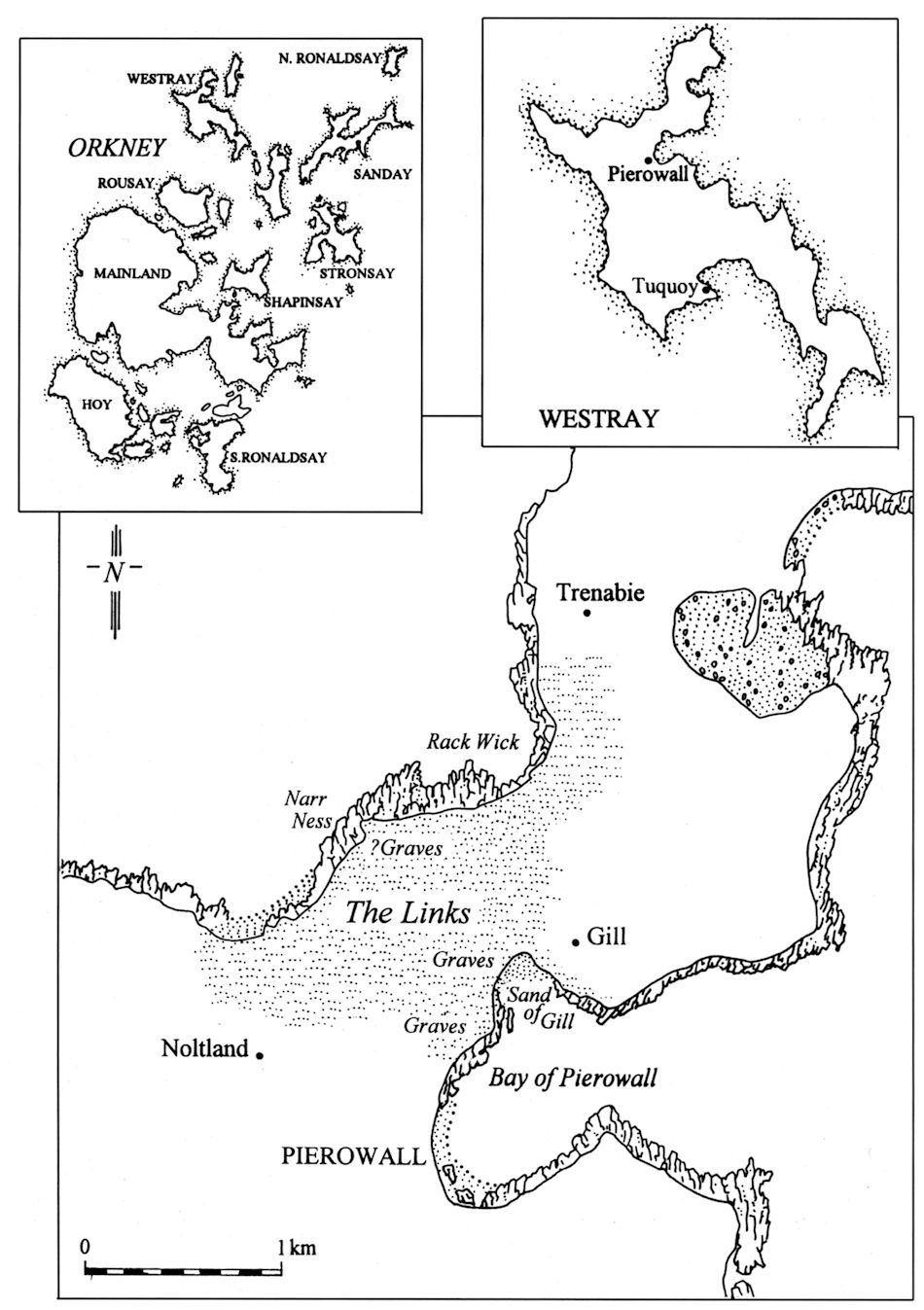 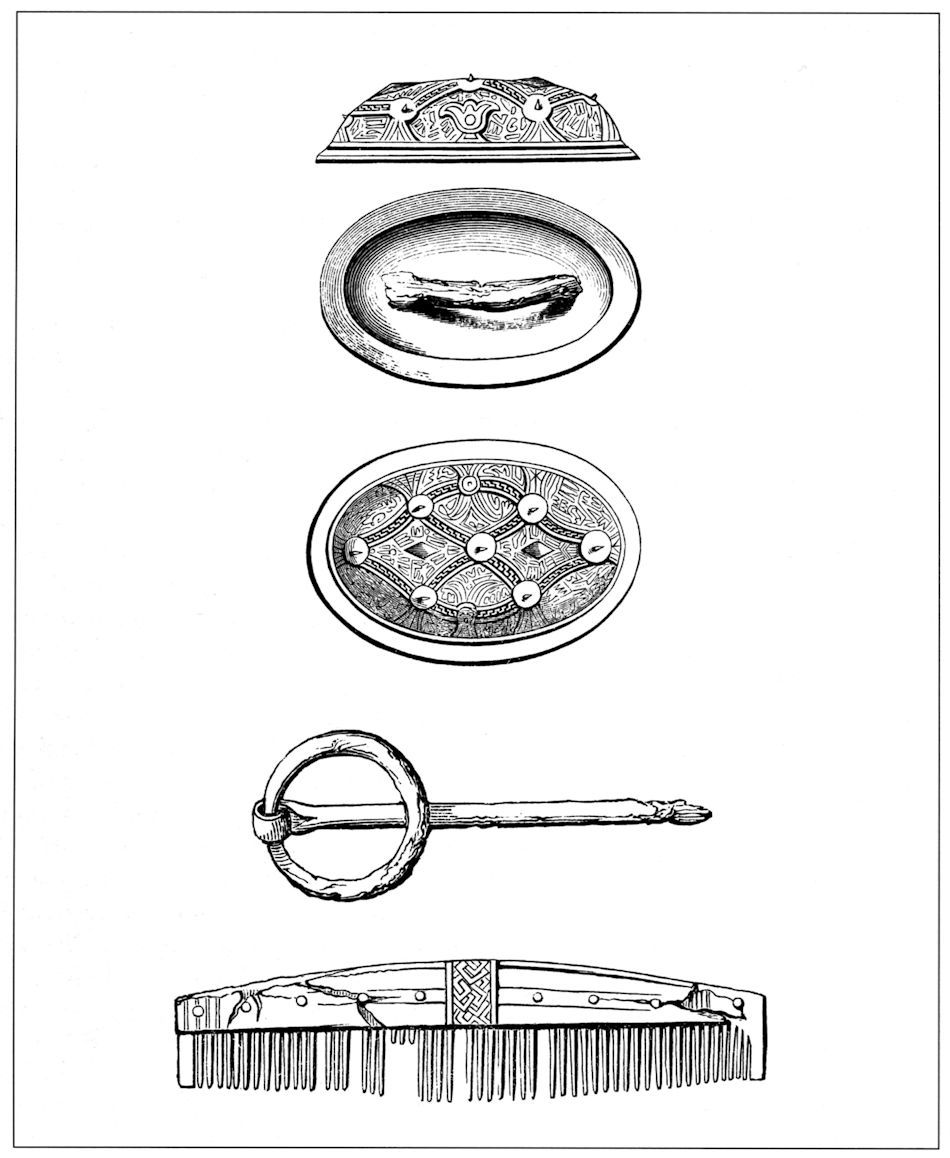