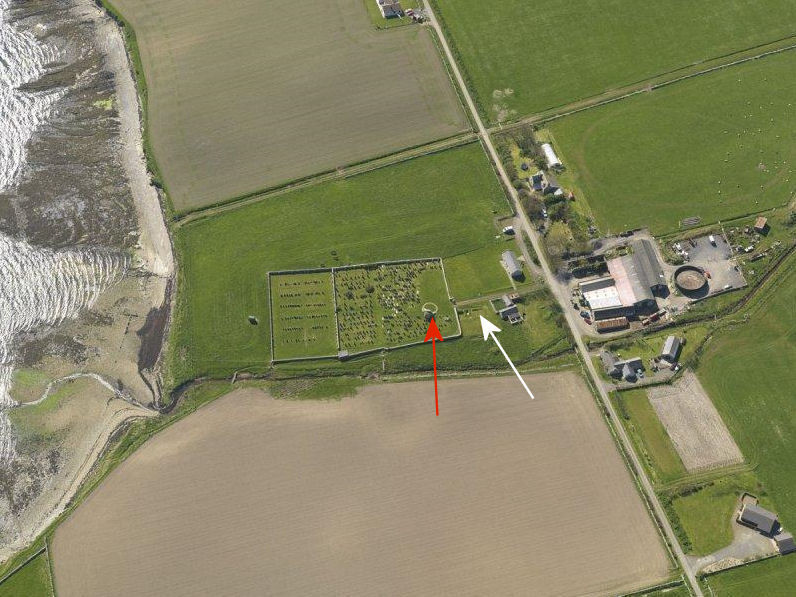 The excavated foundations of a large hall (the Earl’s Bu)

The excavated remains of a horizontal mill

Excavations in 1859, 1861 and 1899 revealed massive wall-foundations and the remains of buildings near St Nicholas’s Church (HY30SW 1 – 12th century Church). During the 1899 excavations part of a Viking comb was found near the apse of the church (A W Johnston 1903).

The Commission supports the opinion of the excavators that they had found the remains of the ‘Earl’s Bu’, a drinking-hall mentioned in the Orkneyinga Saga in AD 1136 (G Petrie 1927). RCAHMS 1946.

The MOW plaque states that the exposed foundations, consisting mainly of turf-covered walling varying from c 0.2 to c 1.0m in height and from 0.5m to 1.0m in width, are believed to be the remains of the “Earl’s Bu”. The remains appear to consist of the foundations of one long building or two conjoined square buildings with overall dimensions of c 15.0m N-S by c.6.0m E-W, with several internal divisions.

A geophysical survey was undertaken in the environs of the Earl’s Bu, as the first stage of investigation of the site in advance of a proposed development for visitor car-parking. In 1989 and 1990, geophysical surveys were conducted immediately to the N of the churchyard wall and produced results which implied the presence of significant archaeological deposits, and in an area to the W which also produced promising results.

In 1991, resistivity and gradiometer surveys were conducted in concurrence with each other. The results of the resistivity survey demonstrated curvilinear features, possibly concentric, the inner-most of which may be circular and possibly represents walling. Within these are three series of linear features. The results of the gradiometer survey suffered from metallic interference yet still produced promising results, including curvilinear features, some of which were detected last year, and putative linear anomalies.

The remains of a Romanesque Church, dedicated to St Nicholas, which has been circular on plan with an E apse, stands at the E end of the now demolished parish church. It is unique in Scotland as having been built after the model of the Church of the Holy Sepulchre in Jerusalem, through Scandinavian prototypes, and it can be dated between AD 1090 and 1160.

A reference under the year 1136 in the ‘Orkneyinga Saga’, mentions this church, although Wainwright argues that the writer may have been describing the church as he knew it about a century later. Wainwright would also place the erection of the church after 1100 on comparison with three, very similar, churches at Praha (Prague).

Work has been undertaken in recent years on a drystone structure previously identified as a souterrain. This can now be identified as the underhouse, lade and leat of a horizontal mill, with the chamber surviving up to 1.5m in height. The outgoing water channel is slab topped and the incoming one slab lined.

No wooden features survive, but there is evidence for an upright timber support for the wheel. Traces of a surface building are also lacking. The chamber was infilled by very rich late Norse Middens and the structure itself is set on deposits containing Viking artefacts.

This structure is unique in the British Isles for this period. Immediately adjacent to this structure is a burnt mound, cut through by the mill wall, and containing the remains of a Bronze Age pottery vessel. Extensive on-site processing of the midden material has taken place. Geophysical survey confirmed the extensive nature of adjacent Norse buildings. 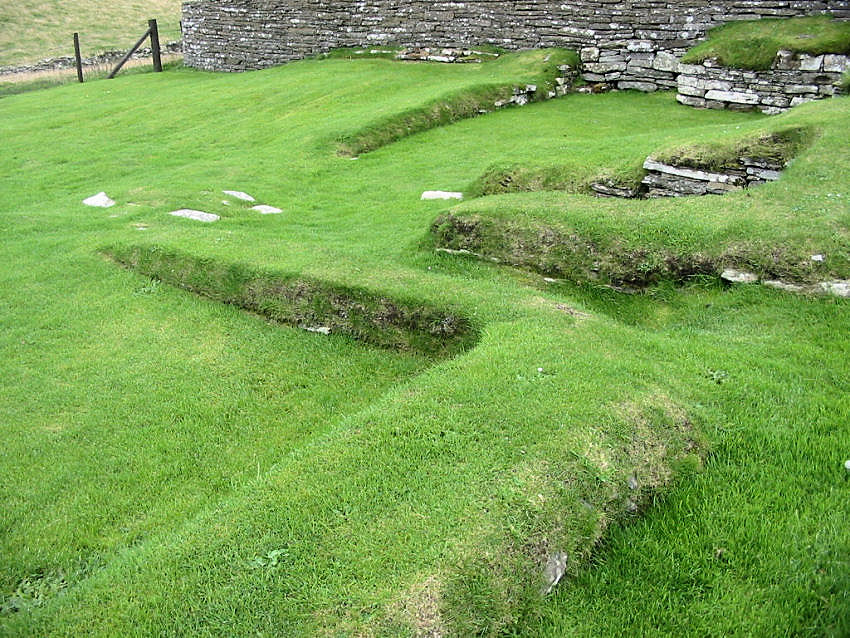 Orphir – Part of the foundations of the Earl’s Bu
image: David Beard 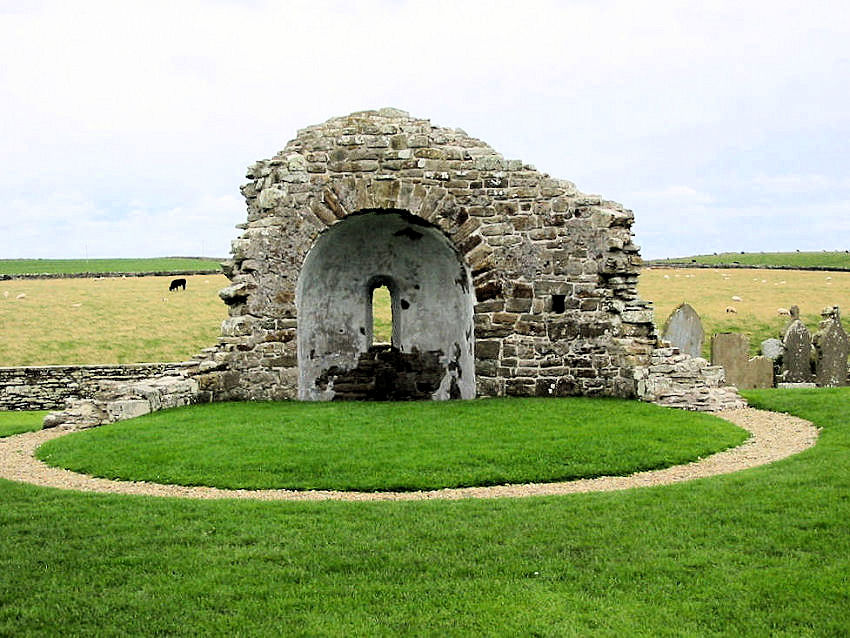 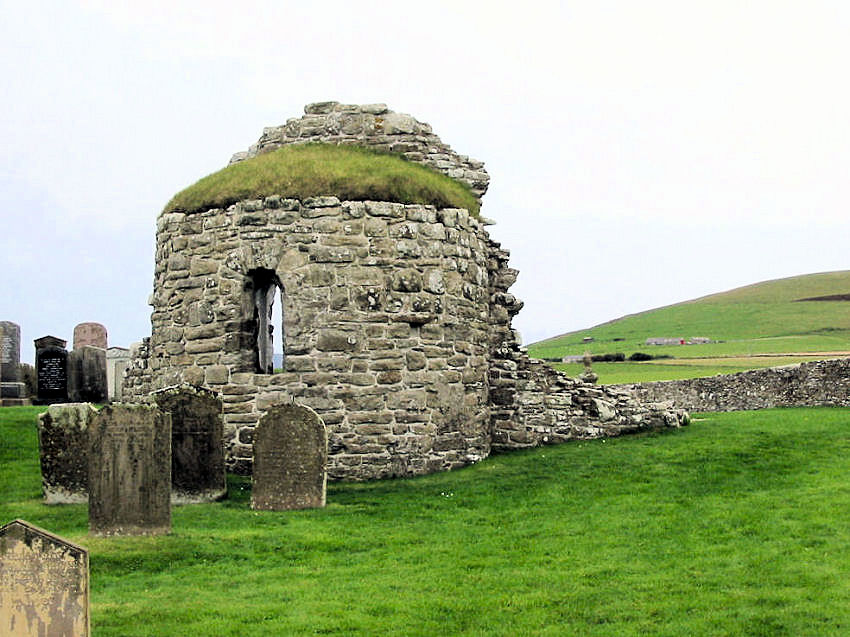 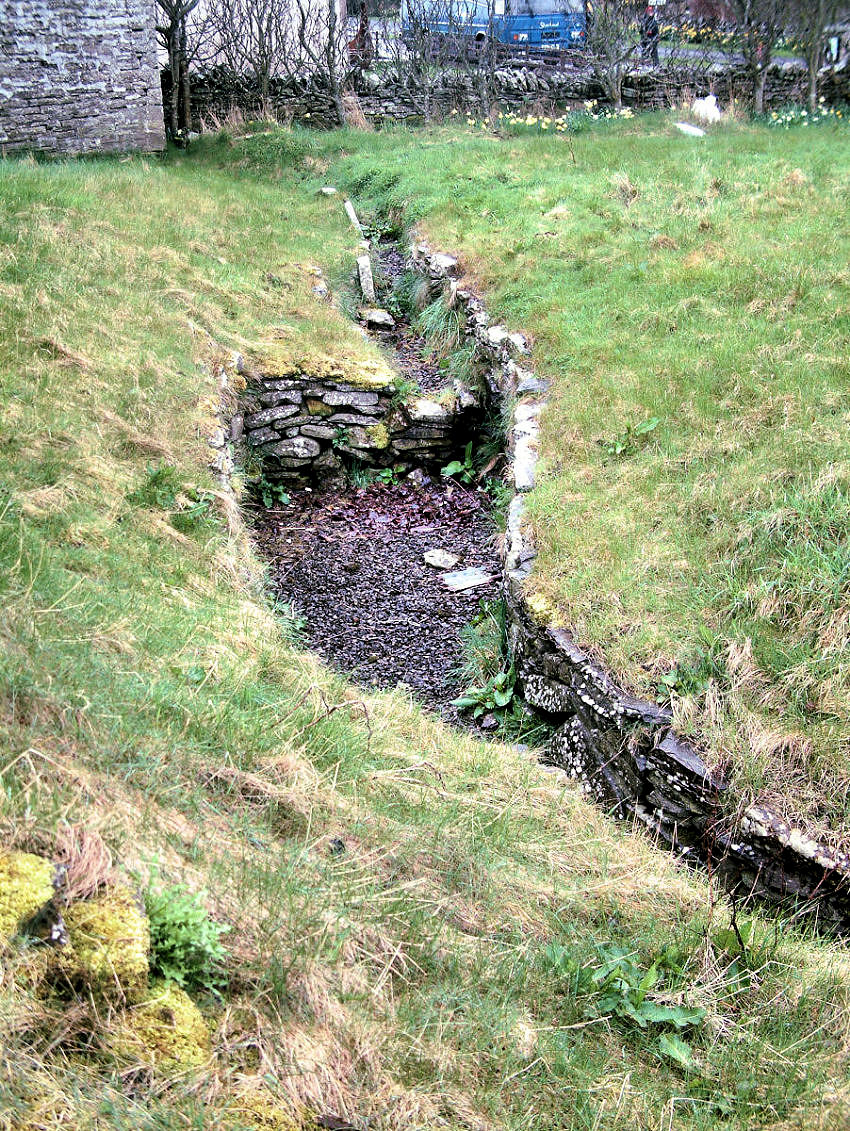 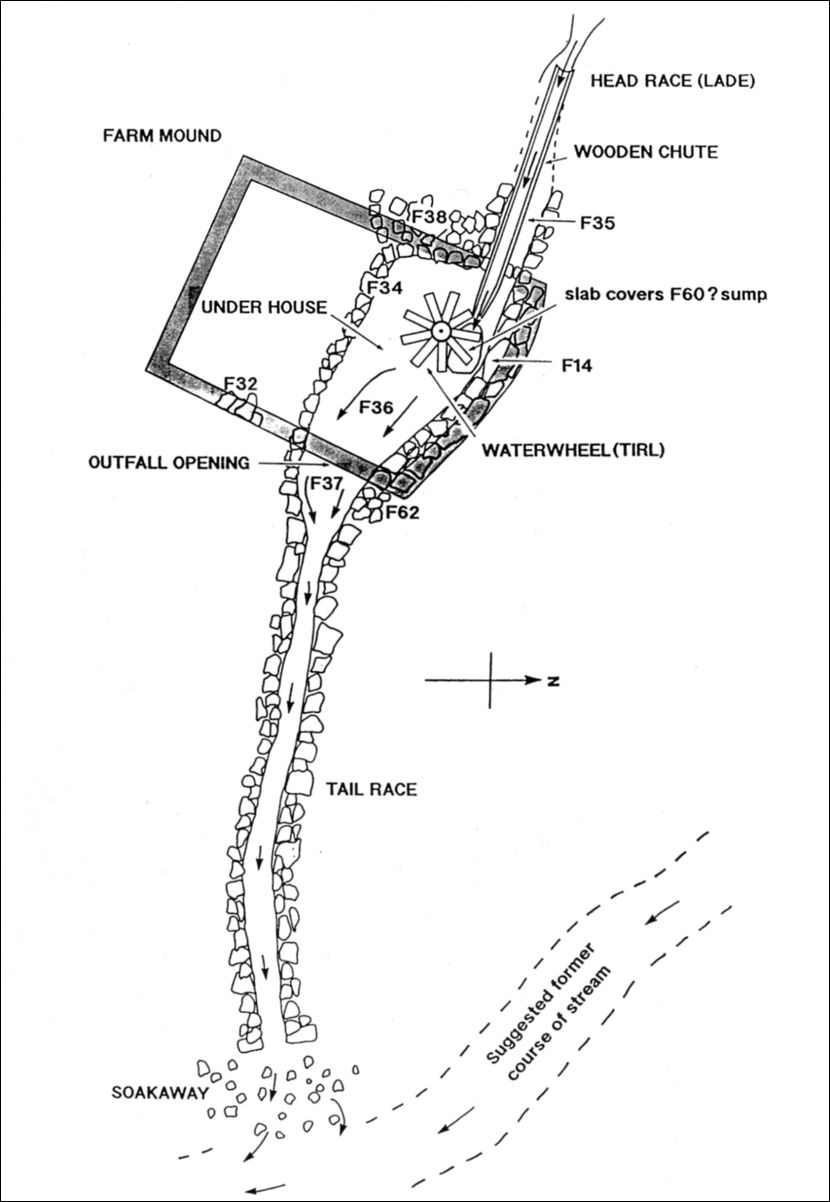