A Viking boat burial eroding out of a N-facing beach section 1km NE of Scar, was discovered in September 1991. The boat was excavated in November and December the same year by a team from Historic Scotland-Kinnaird Park.

The boat was aligned E to W along the shore line. About one half of the boat had been washed away by the sea, but the S half of the boat still survived behind the beach section. The shape of the boat was still visible by the pattern of rivets in the sand showing the positions of the individual planks in the boat. The boat was about 6.5m long, 1.6m wide, and 55cm to 60cm deep.

A flagstone was set vertically across the boat, dividing it into two compartments. The E compartment, about one third of the total length, was filled with stones. The W compartment formed the burial chamber. The chamber contained skeletal remains of the bodies of a man, a woman and a child. The man, in the W end of the boat, lay on his back with his legs flexed and arms folded over his lap. On his right side was a sword (Petersen type H) set in a wooden scabbard, and a quiver of arrows. Between his hands was a composite comb made from bone and antler. Below his legs was a group of twenty-two bone or antler gaming pieces.

The female and child were lying in a supine position next to each other, to the E of the male skeleton. Most of the bones from these two bodies had either been washed away by the sea, or been badly disturbed by animal (otter) disturbance. Between the female skeleton and the S side of the boat were two spindle whorls, a pair of shears, and several, as yet unidentified, iron objects. Some of these might be fittings for a wooden box which could have contained the shears and one of the spindle whorls. On the right-hand side of her feet, close to the E end of the chamber, was a decorated whalebone plaque. 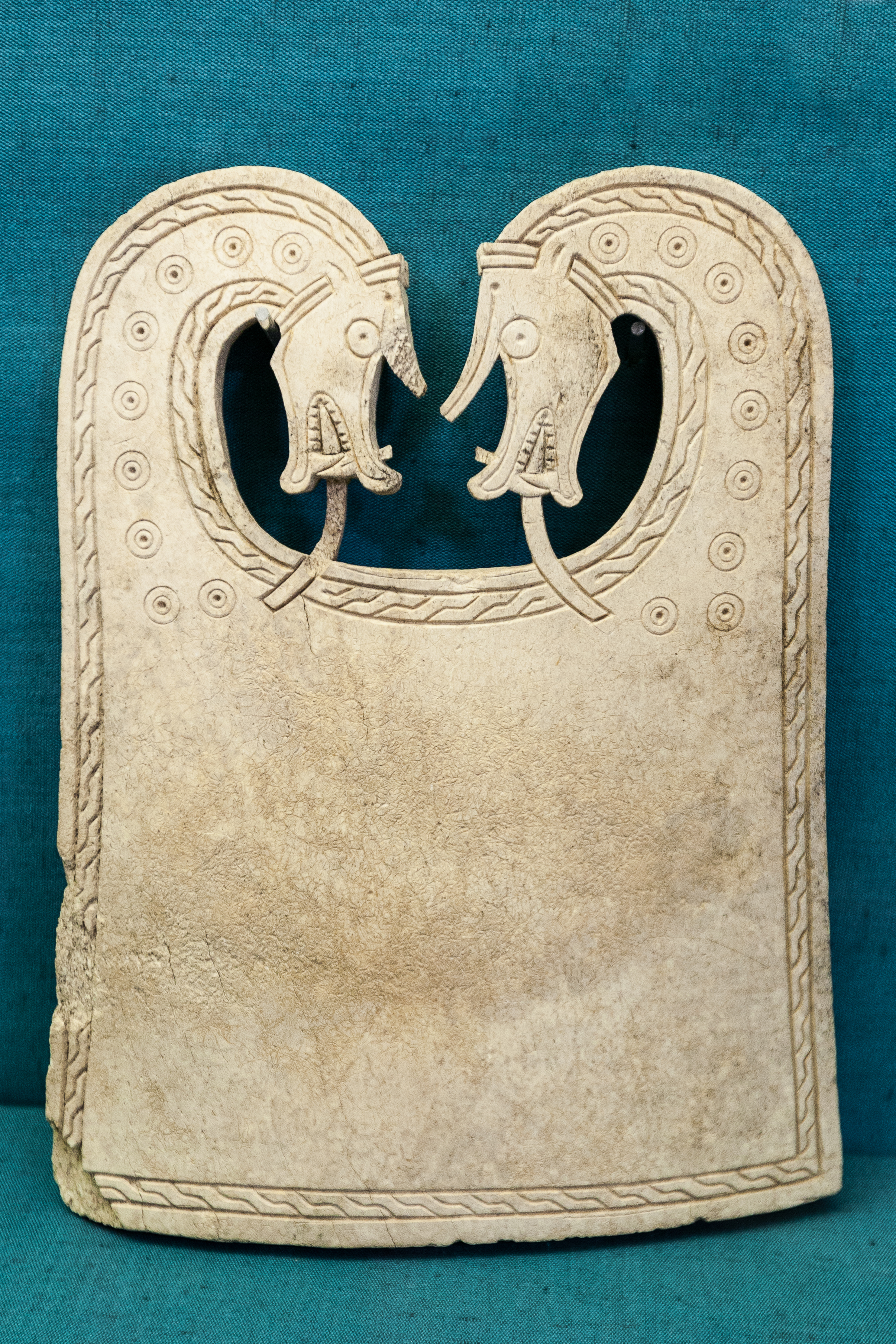 The whalebone plaque image: WikimediaCcommons
(click on the image to enlarge) 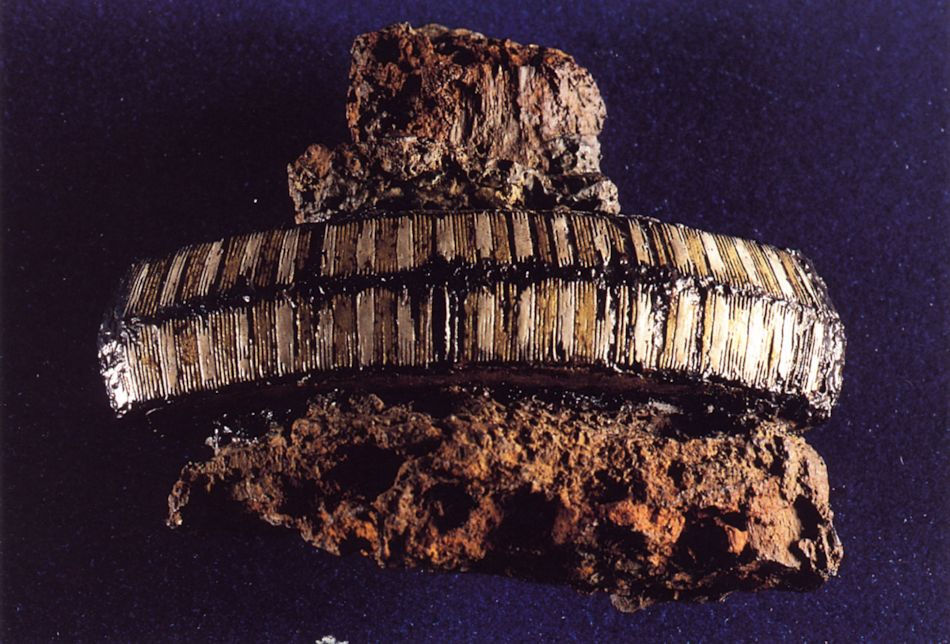 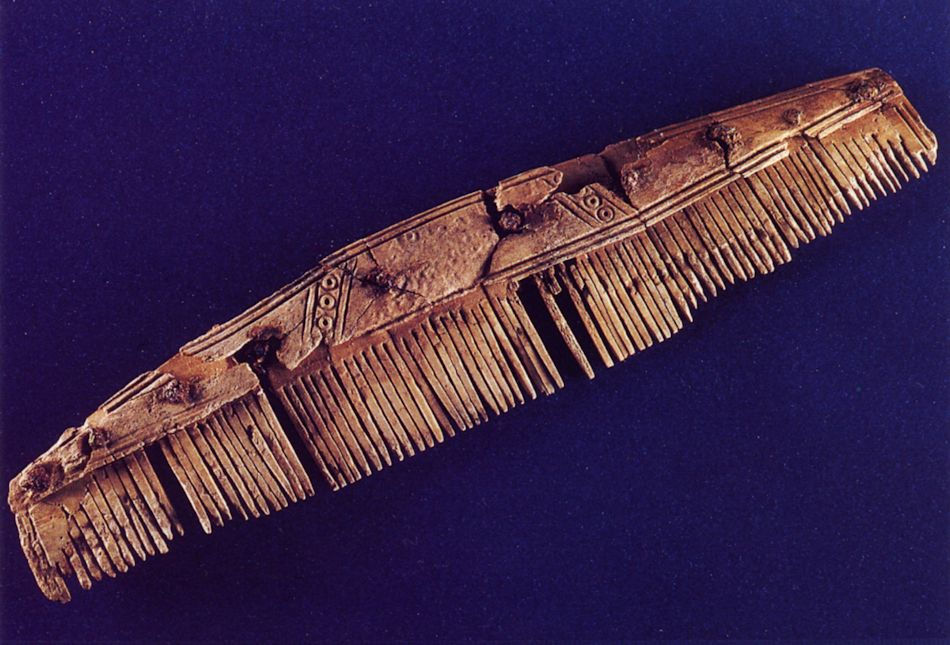 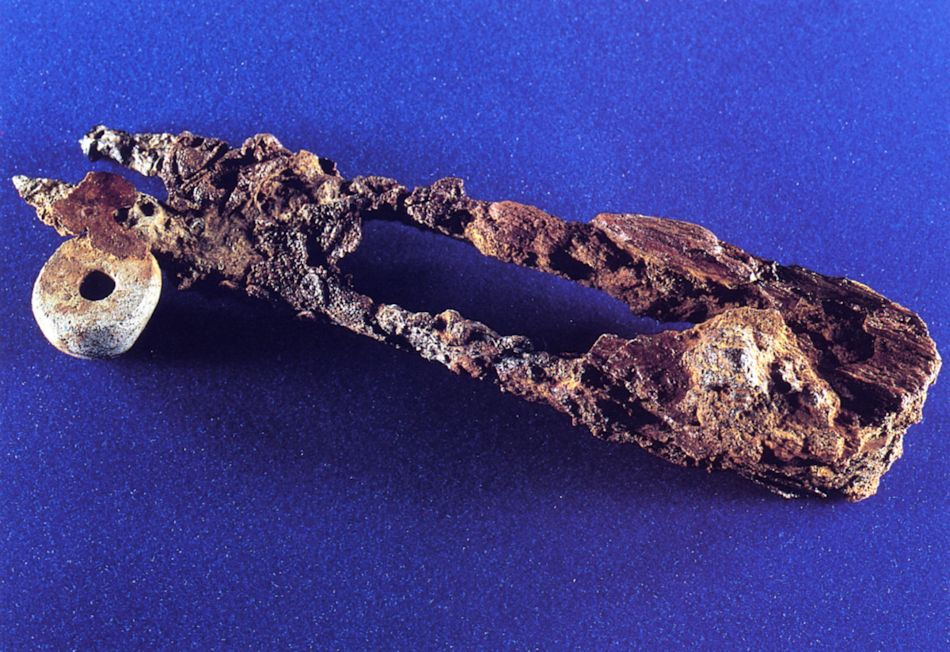 Scar boat burial: Shears and spindle whorl
(click on the image to enlarge) 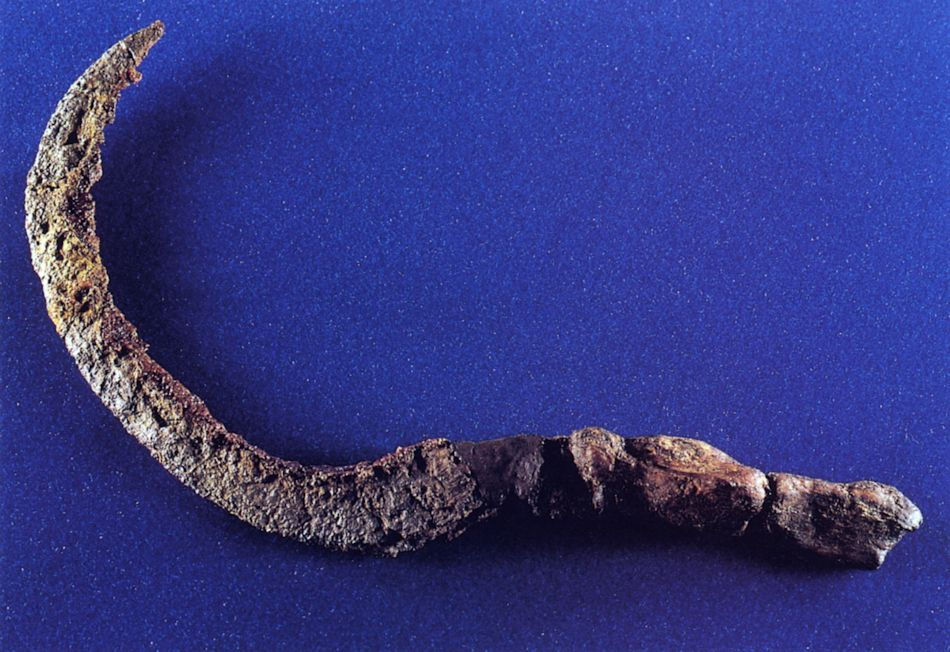 Scar boat burial: Sickle
(click on the image to enlarge)