In April 2015, remains of a Viking Age boat burial were discovered at Mayback, Papa Westray when renovations were being made to a house.

A second Viking burial was discovered in the summer of 2015 when a pipe trench was being dug. Preliminary investigations suggest the remains belonged to a large man, buried in what may be a crouched position, with a sword by his side.

The sword, which is a typical design of the period, places the burial firmly in the Viking Age. The grave also contained the remains of what appear to be a knife and possibly a broken spearhead.

The finding of two Viking Age burials relatively close together has led to suggestions that there may be a Viking Age cemetery similar to the one at Pierowall. 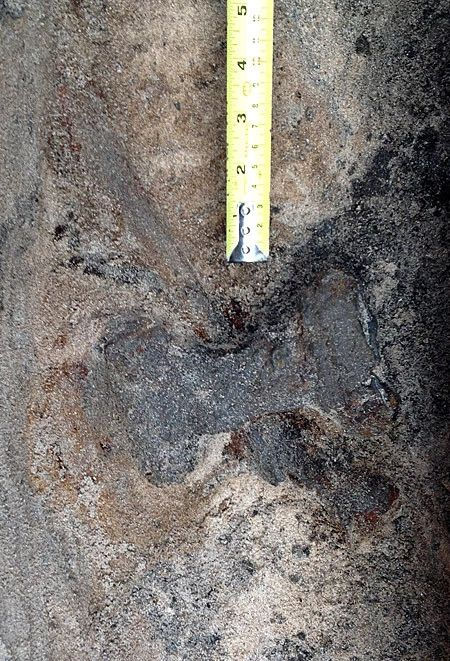 The outline of the pommel, hilt and crossguard of the viking sword, overlying a thigh bone, in the second Papa Westray burial
(click on the image to enlarge)